Researchers from the University of Burgos have developed a smart material which changes colour based on the amount of iron in a fluid, whether it be water, wine or blood serum. Afterwards, if the result is photographed with a digital camera such as those on mobile phones, the concentration of this metal can be quantified without the need for chemical analysis. 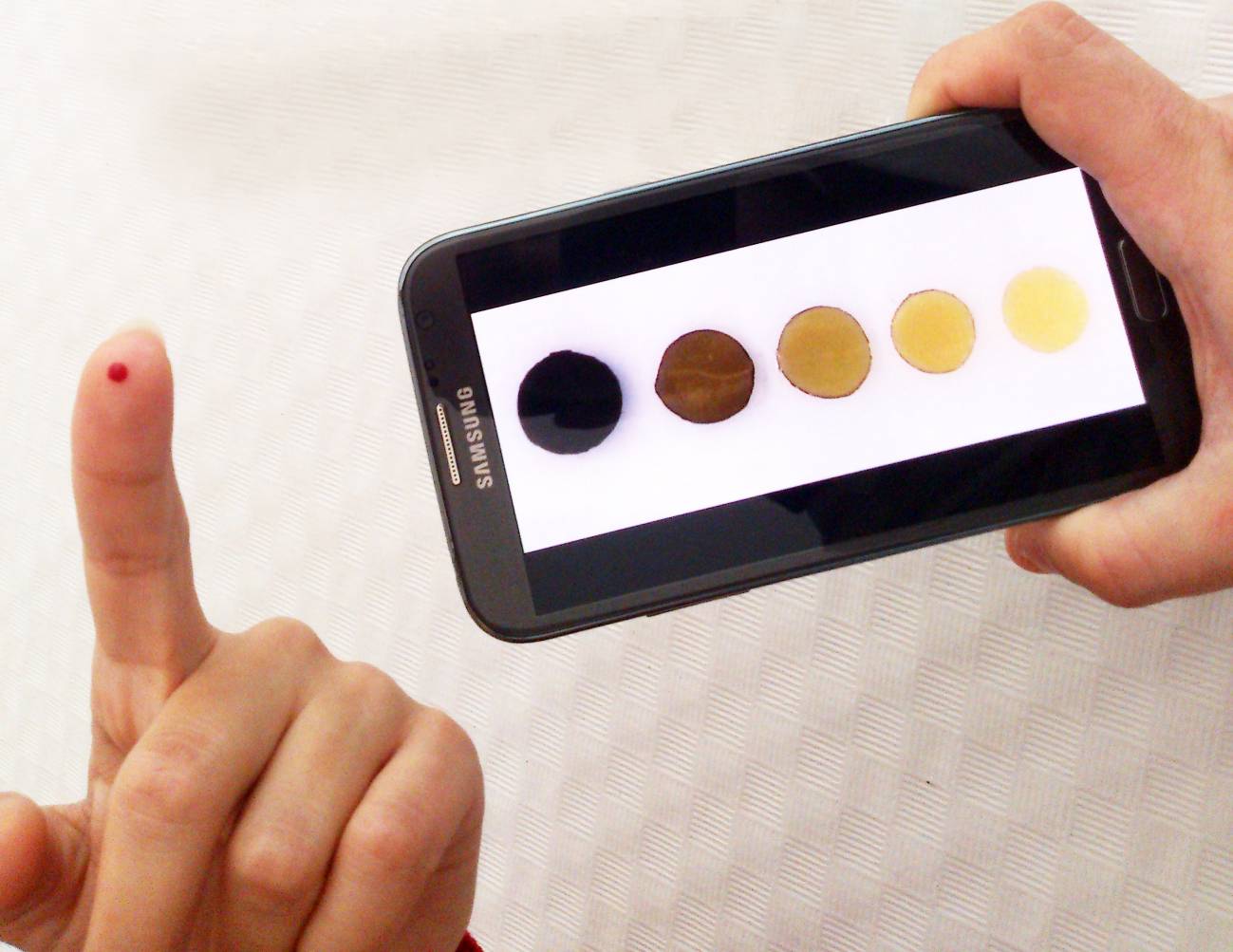 Soon, it could be possible to find out whether a person has a blood iron deficiency or overload with a mere pinch of the finger and a mobile phone. All that is needed is a device that can separate blood serum and the film of material that chemists from the University of Burgos have recently invented.

As José Miguel García, a lecturer from the University of Burgos and main author of the study, explains to SINC: “It is a smart polymeric material which changes colour based on the concentration of iron (cations Fe2+ and Fe3+) in an aqueous medium.”

The technique consists in putting a drop of the fluid on the material – a thin disc half a centimetre in diameter and 0.1 mm thickness -, waiting fifteen minutes and comparing the result with a standard. This can be done by sight alone, but if the film is photographed with a mobile phone, the concentration of this biologically and industrially very significant metal can be measured better.

“RGB (red, green and blue) information can be obtained directly from the phone and processed on a conventional computer to determine the levels of the cation according to the system of reference,” says the lecturer, who admits that there is still progress to be made in order to develop a specific software.

“In any case, we have tried it successfully in water, white wine and blood,” he adds, “so it could be used for activities like monitoring industrial effluents, preventing unpleasant flavours and precipitates in wines or diagnosing anaemia or iron overload, which can cause anything from liver damage to arthritis.”

The results of the study, published by the ‘Journal of Materials Chemistry A’, reveal that the iron concentrations detected are between 56 parts per thousand million – or Anglo-Saxon billion (ppb) – and 56 parts per million (ppm). This covers the maximum levels for drinkable water established by the USA’s Environmental Protection Agency (EPA) and the European Union (fewer than 300 and 200 ppm respectively).

The methodology is also valid for wine, where the usual iron concentration interval is between 1 and 10 ppm. The normal level in blood serum – obtained by centrifugation of blood – is 0.8 to 1.8 ppm.

The same team of researchers also demonstrated that mercury (an extremely toxic metal) ions can be detected using a material and a technique similar to those used for iron.

When will this be available and who will be selling it? It snow seven months after this article was published and I've yet to hear an update.