The ancient rotation of the Iberian Peninsula left a magnetic trace

The volcanic rock found in the south of León experienced a rotation of almost 60º 300 million years ago, an example of what could have occurred across the entire Iberian Peninsula when, in that moment, it was still being formed. This fact is demonstrated by the magnetic signals of its minerals, currently being analysed by researchers from the universities of Salamanca and Utrecht (The Netherlands). This discovery improves our understanding of a now-disappeared mountain range that stood over what is now north-western Spain, France, and the southern United Kingdom. 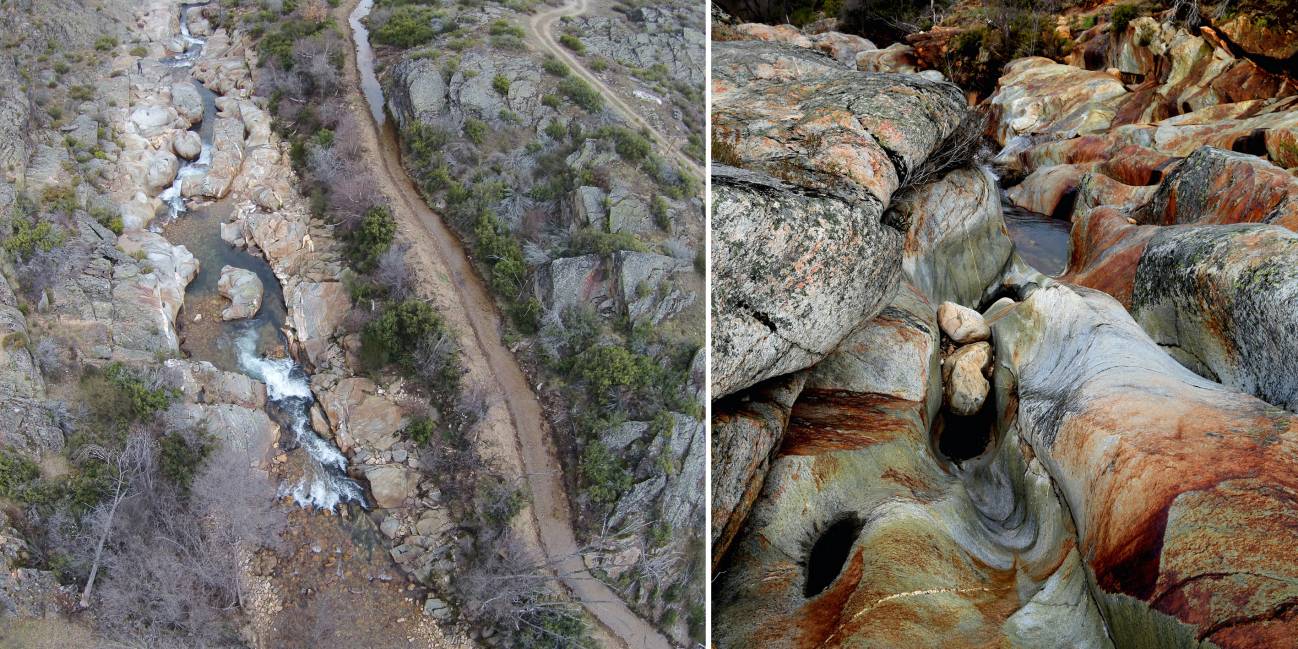 The bathers that gather every summer on the banks of the rivers of the mountain ranges of La Cabrera and El Teleno in León have little reason to suspect that the rocks that they can see near the water are of volcanic origin, over 460 million years old, when an emerging Iberian Peninsula was still on the coast of the continent of Gondwana, on the shore of the Rheic ocean.

Around 350 million years ago, that ancient ocean closed during the formation of the Pangea supercontinent, and the sediments deposited in it became a large mountain range that later acquired a curved shape, becoming part of what is now the Iberian Peninsula around 300 million years ago.

Now scientists at University of Salamanca have collected, in the Leonese towns located between Truchas and Ponferrada, 320 samples of volcanic rock and limestone, a record of that turbulent, volcanic period of our planet's history.

After having analysed the samples in one of the most important Palaeomagnetism laboratories in the world, located at Utrecht University (The Netherlands), they have been able to reconstruct the history of these ancient rocks based on the magnetic signal of their mineral content. The results have been published in the journal ‘Tectonophysics’.

“These rocks were deposited on the ocean floor 440 million years ago near the south pole, and its components were oriented in the direction of the Earth's magnetic field at the time (N-S),” explains to SINC Javier Fernández Lozano, a geologist at the University of Salamanca and co-author of the research.

About 120 million years later, the collision of two continents occurred, between what is now the North and South of Europe. The result of this collision was what is known as the Variscan orogeny, the raising of a mountain range along the North-South axis, which left the rocks with a secondary magnetic signal, adapted to the new magnetic field of the Earth.

The changes in the direction of that magnetic field were preserved in their minerals, and indicate that shortly after that process, the rocks of these mountains experienced a rotation of almost 60º, until they ended up in with their current orientation," notes Fernández Lozano.

He points out that this magnetic signal can be associated with large-scale processes of mountain formation, and how these ranges can be curved until they create structures known as oroclines: "With a rock sample, we can analyse a process that has occurred on the tectonic plate level; and, specifically, offers new data that allows us to discover how this orogeny or large Variscan range and its curvature occurred. This information was preserved in the rocks of the British Isles, France, and North-West Spain, along more than 3,000 kilometres.

This study forms part of a long-debated geological problem: the Cantabrian orocline, an issue that a few years ago brought together specialists at an international congress held in Salamanca. An orocline is the curvature of a range or chain of mountains that was originally linear, and the Cantabrian orocline is recognizable 300 million years later in the geography of the Iberian Peninsula and surrounding areas.

Concretely, one can observe the arc formed by the Cantabrian range until it disappears into the continental shelf, and the curvature that continues onward towards the Iberian Range. Fernández Lozano notes that the new research "goes beyond previous efforts, primarily focused on Asturias, in order to understand this orocline, and now we can find its traces further to the south, on the border between León and Zamora."

"Thanks to studies like this one, we can continue to provide information on the causes and processes that gave birth to curved mountain ranges after the collision between two continents," concludes the geologist. 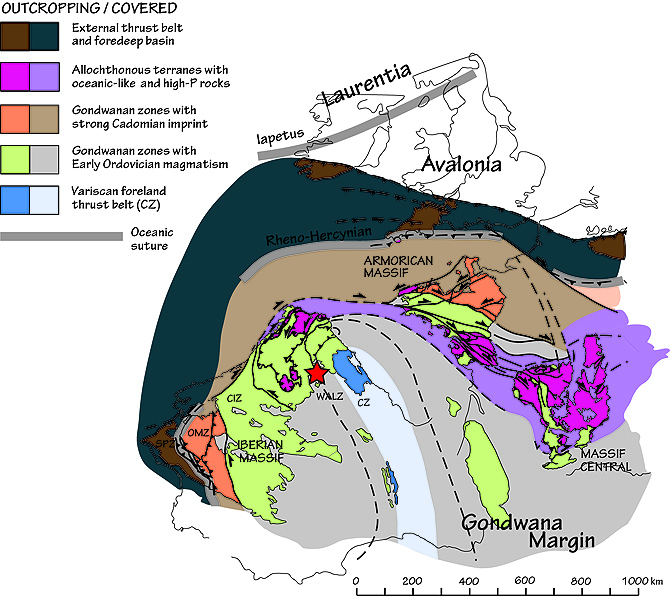 The Cantabrian orocline is a large structure that bends the Variscan orogen of Western Europe in NW Iberia. / J. Fernández Lozano et al.