The catalyst that removes CO2 and produces hydrocarbons 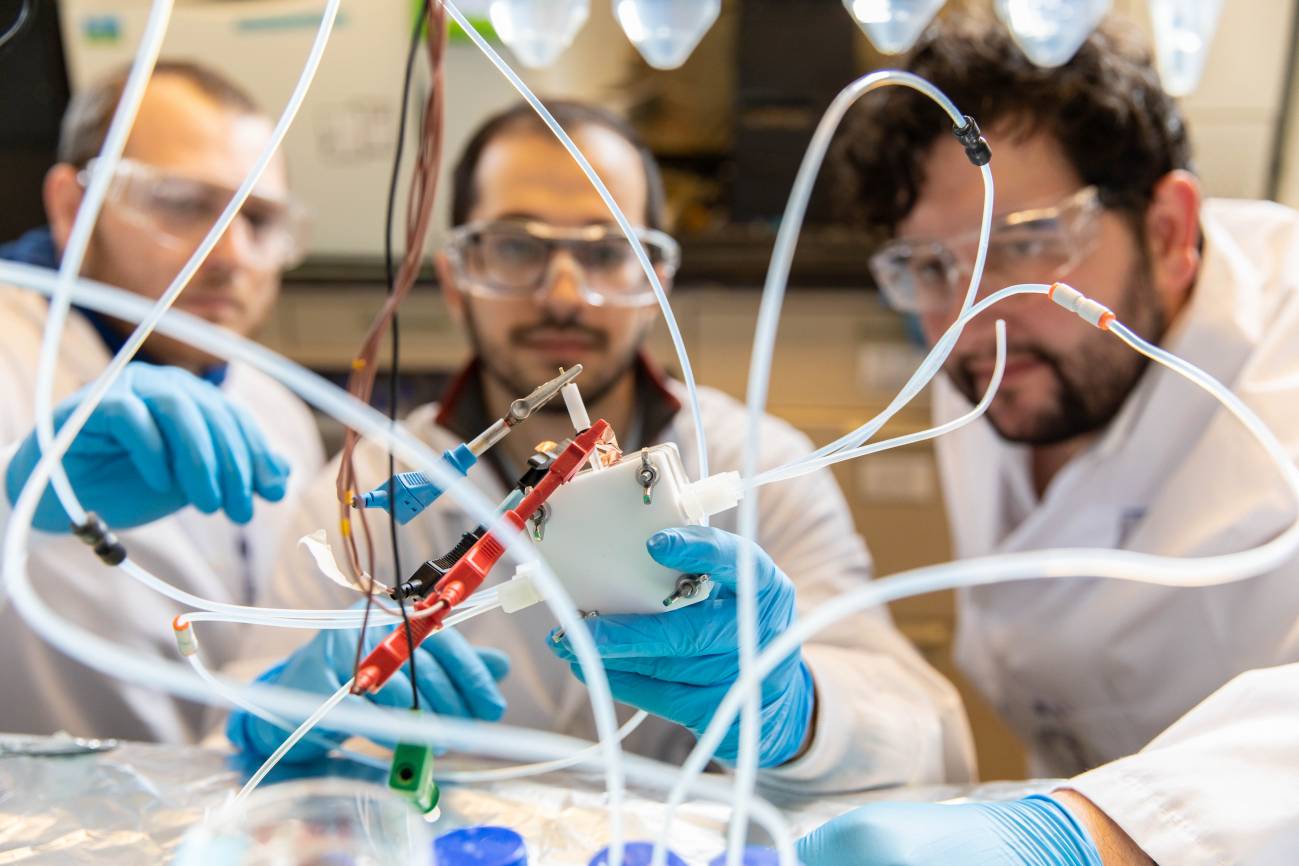 A team of researchers from Canada and the U.S. has developed a catalyst that quickly and efficiently converts carbon dioxide into simple chemicals. In this way, they transform the most important greenhouse gas into useful products for industry.

“The technology of water electrolysers is well known: they transform water and electricity into hydrogen and oxygen, but in our case, we add CO2 to the cocktail and, instead of producing hydrogen, we can generate various hydrocarbons, such as ethylene, which is the most widely used organic compound worldwide,” researcher F. Pelayo García de Arquer, of the University of Toronto (Canada), has told SINC.

“Thus,” he explains, “we can obtain raw materials for the manufacture of products such as construction materials, textiles, paints, electronic device components, diapers... or even spirits.”

The key to the new device is a polymer coating that facilitates the transport of CO2 through the surface of the metal or electrode of the catalyst. Carbon dioxide, generally speaking, has difficulty penetrating aqueous solutions and reaching the entire surface of this material; so when the flow of electrons (electric current) is increased to carry out the reaction, there is not enough CO2 to be transformed.

But the authors, who have published their study in Science magazine, show that this limitation can be overcome: “We have discovered that a certain configuration of ionomers (polymers that conduct ions and water to the catalyst) allows us to considerably increase the ease with which CO2 is distributed along the catalytic surface, thus allowing us to achieve higher productivity,” García de Arquer points out.

This ionomer coating contains hydrophobic (water-repellent) and hydrophilic (water-attracting) parts and is grouped together to form an ultra-thin layer of about 10 nanometres that helps to maintain the reaction where, from the CO2 gas and the hydrogen in the water (H+ protons), the hydrocarbon is built.

More than one ampere per cm2

“About two years ago, CO2 electrolysis systems were limited to electrical outputs or currents of tens of milliamps per square centimetre, meaning that only a few molecules of this gas can be transformed into something useful,” says the researcher, “but our discovery allows them to operate at currents a hundred times higher, more than one ampere per square centimetre. In this way, many more CO2 molecules can be transformed, reaching activities that were unthinkable a few years ago.”

Another benefit that García de Arquer highlights is that the source of electricity needed for the process “can be perfectly renewable, such as solar, wind or hydraulic energy, so it is a way of building likewise renewable hydrocarbons.”

The researchers are now working on further increasing the efficiency of the system and its stability, which, although now at about tens of hours, is still far from the thousands of operating hours of the water electrolysers. 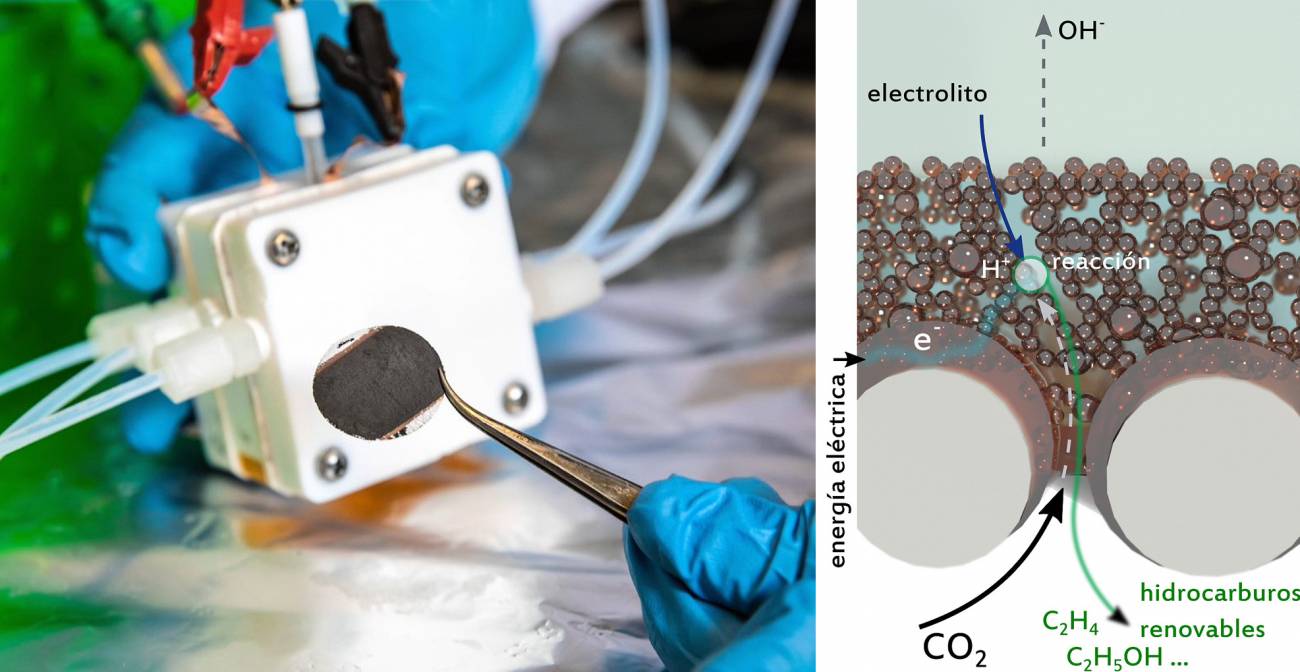 Catalyst with the ionomer coating developed by the researchers (Photo: Daria Perevezentsev / U of T Engineering) and outline of the production of renewable hydrocarbons (ethylene, C2H4, and ethanol, C2H5OH) from electricity (electrons), CO2, H+ from water and electrolytes (such as potassium hydroxide, KOH, which increase ionic conductivity). The OH- resulting from the reaction is transported to the electrolyser anode, where it reacts to generate O2. (Image: Pelayo García de Arquer et al.) 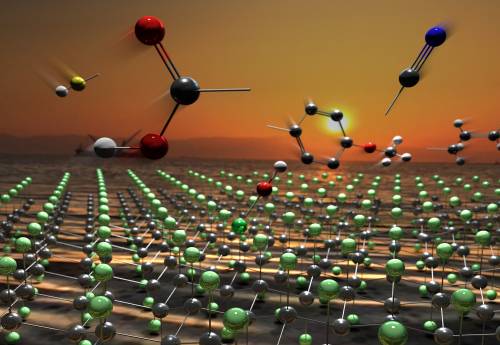