A sugar called Neu5Gc, present in red meat, some fish and dairy products, is related to the appearance of spontaneous tumors in humans. Researchers at the University of Nevada, Reno, led by Spaniard David Álvarez Ponce, have analyzed the evolutionary history of the CMAH gene - which allows the synthesis of this sugar - and shown which groups of animals have lost the gene and therefore are more suitable for human consumption and for organ transplants. 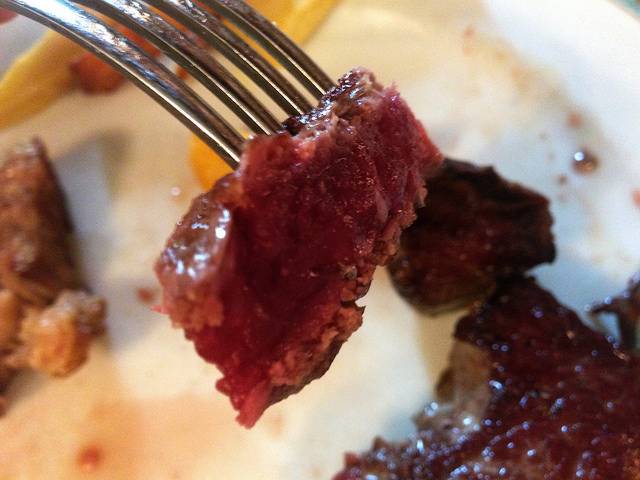 About two million years ago, humans experienced a genetic change that differentiated us from most primates. This change protected us from some diseases, but caused current consumer products, such as red meat, to pose a high risk to health.

At that time in evolution, a gene called CMAH - which allows the synthesis of a sugar called Neu5Gc - was deactivated. This carbohydrate is found in red meat, some fish and dairy products. If humans consume products derived from animals that have the gene, the body suffers an immune reaction to sugar, which is a foreign substance in the body. This can cause inflammation, arthritis and even cancer.

Scientists from the University of Nevada, Reno (USA), led by Spaniard David Álvarez-Ponce, have carried out an analysis of 322 animal genomes to determine whether or not they have active CMAH genes. Next, they placed the results in the evolutionary tree of the animals, to determine at what moments of their evolution said gene was deactivated. This allowed them to understand why certain species have an active HCMA gene, while other similar ones do not.

"In a first analysis we scanned all the available genomes. We only found the gene in a few bacteria, in a pair of algae, and in the deuterostomes, a group of animals that includes vertebrates and echinoderms, among others. The non-deuterostomes animals did not present the gene. Next, we focused on the 322 deuterostomy genomes that were available," the Spanish researcher explains to Sinc.

The laboratory of Álvarez-Ponce specializes in the study of the evolution of genes and genomes, through the use of bioinformatics. That is, it is not composed of test tubes, microscopes or other instruments, but of computers that are used to understand evolution through the analysis of massive amounts of data.

The toxic sugar present in fish

So far, very few fish species had been studied to know whether or not they had amounts of toxic sugar. "Our analyzes show that there are fish that have the CMAH gene and others that do not, but for the moment the Neu5Gc sugar has been measured in very few of them. In fish that do have this gene, sugar is found in very small proportions in their meat, but in high quantities in caviar. This may be because the gene is expressed specifically in eggs or oviducts," says the scientist.

Sateesh Peri, a master's course student at the Alvarez-Ponce laboratory, adds: "It turns out that caviar, one of the most expensive meals in the world, is also one of the products with the highest concentrations of Neu5Gc." However, the research also reveals a multitude of fish that do not have the CMAH gene, and whose caviar is expected to be free of Neu5Gc.

Like humans, birds also do not have CMAH genes; so consuming chicken, turkey or duck does not have the negative effects of consuming red meat. Another group of animals that does not have CMAH genes are reptiles, except for one species of lizard. "The presence of the gene in this lizard was unexpected, and invalidates the belief (until now accepted) that the gene had been lost in an ancestor of all reptiles and birds," the scientists say.

In addition to the above-mentioned food risks, the CMAH gene also plays a key role in the transplantation of organs from animals to humans, a practice known as xenotransplantation: it is one of the factors that determine whether these organs are going to be rejected or not by the human body. When the organ of an animal that has the CMAH gene is transplanted to a person, the human body can react to the Neu5Gc sugar and reject the organ.

"It is possible that the deactivation of the CMAH gene during human evolution has protected humans from certain pathogens. For example, there is a type of malaria that needs Neu5Gc sugar to cause infection. This type of malaria affects some primates, but not humans," declares Álvarez-Ponce.

Products to be consumed moderately

The presence or absence of the CMAH gene in different animals, which this study has characterized, points out which animals we should not eat (or eat only moderately), and which animals may present pathogenic microbes that affect humans, according to the scientists. If the animal has the gene, then its meat can have the same negative effects as red meat. If the animal does not present the gene, it may contain pathogenic microbes that bind to the Neu5Ac sugar (the precursor of Neu5Gc) and, therefore, may affect humans.

The researchers hope that this study will have a significant impact on later work in the fields of nutrition, genetics and medicine. "To determine in which groups and at what moments of the evolution the CMAH gene has been deactivated is critical to know which species are most likely to contain the toxic Neu5Gcy sugar, which are recommended for feeding, xenotransplantation, and certain scientific studies", they add.

The work of the Alvarez-Ponce team will help understand why certain diseases occur, and find ways to prevent them from spreading.