The first Iberian lynx infected by the pseudorabies virus

Matojo, the nine-month-old Iberian lynx cub found dead in 2015 in Extremadura, did not die from natural causes. His necropsy shows that it was the pseudorabies virus that triggered his sudden demise. Before this case, contagion of this infectious disease was only known in one wild cat in the world, a Florida panther. 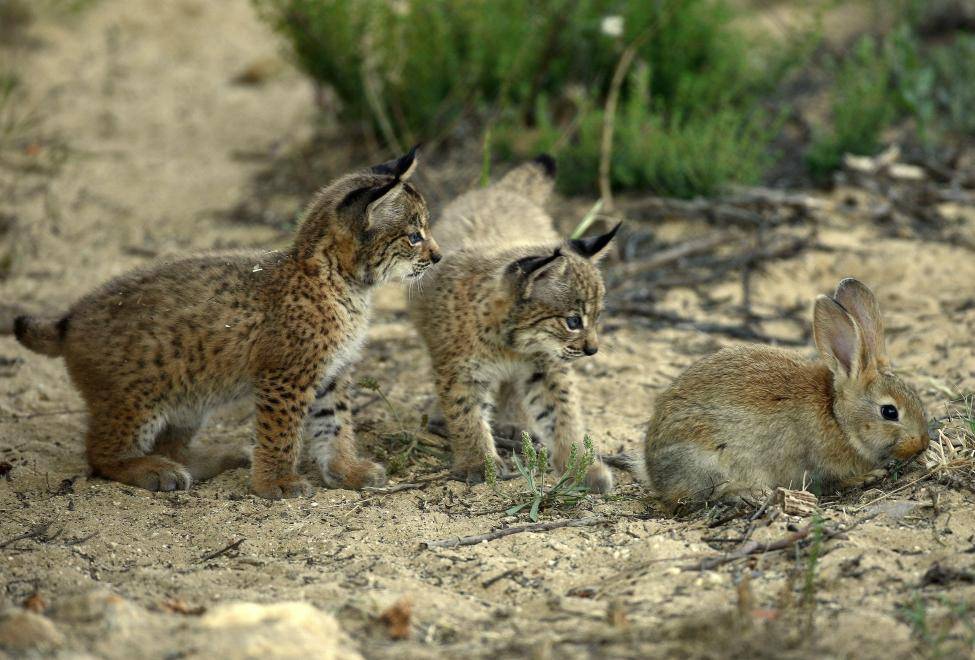 It is probable that the pseudorabies infection in 'Matojo' comes from a wild boar, which is a natural reservoir of the virus / Ex-situ conservation program of the Iberian lynx

On 1 December 2015, Matojo, a male Iberian lynx (Lynx pardinus) cub, was found dead in an expanse of pastures and low scrubland. He was a descendent of Kakapo and Kun and belonged to one of the first litters born free in Extremadura after the Iberian lynx was reintroduced into the region through the Life+Iberlince project.

Initially, the facts indicated that his death might have been the result of natural causes. However, a study that has recently come out in the journal ‘BMC Veterinary Research’, led by the University of Extremadura and the Local Government of Extremadura’s Environmental Department, sheds light on the reasons behind his death: the pseudorabies virus (PRV) killed him.

As Javier Masot, a researcher at the university and main author of the study, tells SINC: “This is the first case described of an Iberian lynx being infected by PRV, or Aujeszky’s disease, and the second in any wild cat. Only one other case has been described in 1994 in a Florida panther. After the analyses carried out, it was determined that this was a wild strain.”

The study is the first ever evidence that PRV can have a negative impact on the survival of wild Iberian lynxes under threat of extinction.

Is the first ever evidence that PRV can have a negative impact on the survival of wild Iberian lynxes under threat of extinction.

The animal appeared in an area called Hornachos-Valle del Matachel in the southwest of Badajoz. It was a male born free to a healthy three-year-old female. Using camera-trap photos, it is estimated that Matojo’s date of birth was between the 8th and 12th of March 2015. He died at nine months of age.

“In carnivores, and cats in particular, the virus incubation period is short, between two and four days. The infection causes acute encephalitis and the result is invariably fatal, leading to death between 12 and 48 hours after the clinical signs appear,” explains Masot.

It is likely that the infection originates in a wild boar, which is a natural reservoir of the virus and transmits the infection to wild carnivore species. “Indices of seropositivity of 69.70% and lung infections with PRV of 11.30% have recently been described in wild boar populations of southwest Spain using the test called ELISA,” the scientist continues.

The wild boar is not the main component in the Iberian lynx’s diet. However, these cats can consume them occasionally, as prey or carrion.

One possibility for dealing with this species could be to vaccinate lynxes. According to Masot, with an inactivated vaccine during routine captures a certain level of immunity to the virus could be provided.

“Vaccinating wild species under threat of extinction had already been suggested previously in the case of the Florida panther, although its effectiveness has not yet been proven,” the expert adds.

Orally vaccinating wild boards with a live attenuated vaccine against PRV in areas where lynxes settle could be another protection strategy, but several aspects of this technique would also need to be assessed in depth.

“Both in domestic pigs and in wild boars, infection is normally subclinical, as they are well adapted to the virus. In various mammals of the Suidae family – domestic pigs and their closest relatives – PRV normally causes a typical lethal neurological profile often associated with localised burning and the animal’s death within hours after the first symptoms appear,” Masot underlines.