When Charles Darwin visited the Azores islands in the 19th Century, the birds he observed were familiar to him. However, if he had travelled there 500 years before, he would have found an ornithofauna as particular as that of the Galápagos. The recent discovery in these Portuguese islands and in Madeira of five extinct species of rail, which lost the ability to fly due to having evolved on islands, confirms how fragile they are in the face of changes to their habitat like the ones that must have occurred after the first visits by humans over 500 years ago. 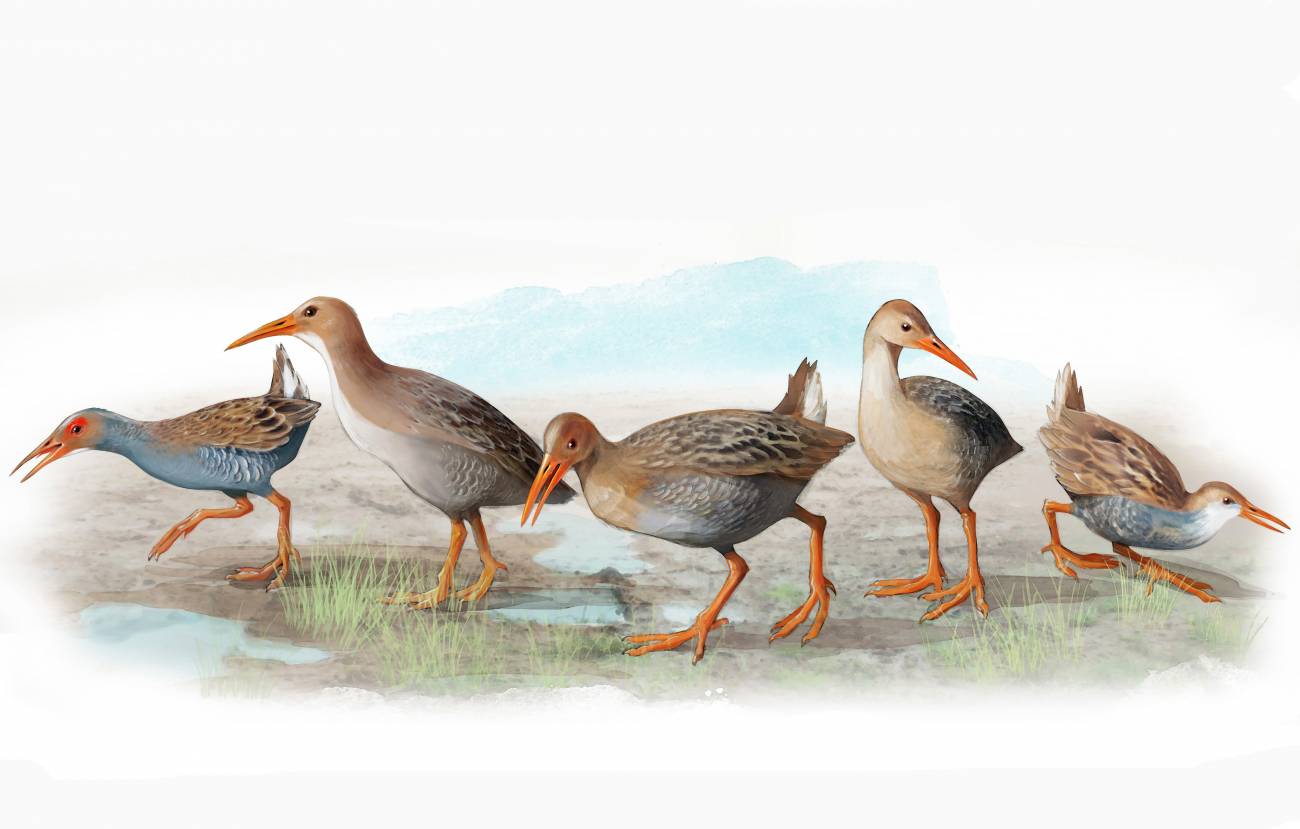 In September 1826, the British naturalist Charles Darwin visited the Azores archipelago during the HMS Beagle's return voyage to the United Kingdom after more than four years travelling the world. In his diary he only mentions the existence of starlings, wagtails, finches and blackbirds; however, on the islands also lay the remains of other birds which populated the islands a few centuries before his visit. A new study, published in 'Zootaxa', now highlights the discovery of five extinct rail species, two in Madeira and three in the Azores.

"The species of birds very probably disappeared following the arrival of humans and the animals that came with them, like mice, rats and cats," told Josep Antoni Alcover

Paleontological exploration by Spanish, German and Portuguese researchers has made it possible to “discover new species of birds that very probably disappeared following the arrival of humans and the animals that came with them, like mice, rats and cats," SINC was told by Josep Antoni Alcover, a CSIC researcher working at the Mediterranean Institute for Advanced Studies (IMEDEA-CSIC/UIB) and co-author of the paper.

According to dating obtained from the bones of these birds, or from those of other species found which were associated to them, these five extinct species lived until fairly recently, especially the Azores rails. “At least one of these species survived until the 15th Century, so we are looking at a very recent extinction process,” stresses Alcover.

According to the scientist, in Madeira the extinction may have been related to a possible visit by the Vikings (whether it was a colonisation is still not verified), who could have transported mice to the island. These would have brought about the disappearance of rails and other birds.

“The bone remains of native bird species which are now appearing show that if Darwin had been able to study the fossils hidden on these islands, or if he had visited 500 years earlier, he would have found a much more singular ornithofauna, with many indigenous bird species, like that which was found on the Galápagos islands," Alcover highlights.

Today, there are only 13 living rail species of the Rallus genus. “This is because other species, which only lived on islands, have disappeared recently," the expert clarifies. Two or three thousand insular rail species (rallids) are thought to have lived in the Pacific. In the Atlantic, only on the most remote islands, such as Tristan da Cunha and Gough, are there surviving indigenous rail species today; however, in the Antilles, Bermuda and on the islands of Ascension and Saint Helena, extinct species have been found. 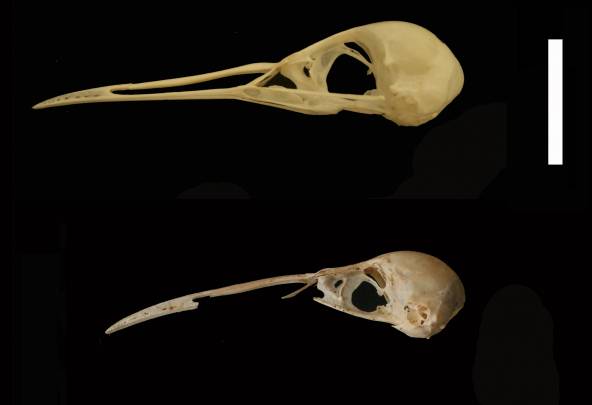 The extinct birds found on the islands of Macaronesia "were smaller in size than today's continental rails, such as the water rail (Rallus aquaticus), from which they very probably originate," says Alcover. Fossils uncovered also make it possible to verify that all these species had a reduced flying capability. “Some were completely incapable of regular flight,” the researcher reveals.

While on continents, rails live near water, on islands, they occupy more terrestrial habitats. The reason for this is that in order to live on islands, they evolve differently, to the point where they become indigenous insular species. This evolution implies changes in their size and body proportions and a reduction or complete loss of their ability to fly; this is why they tend to walk.

“For that reason, the rails that reach islands and evolve on them lose their dispersive capacity: they cannot leave the islands and they are trapped in limited insular territories, which is why we observe an extremely reduced distribution area," the scientist explains.

“The history of insular rails is an intense story of evolution, and frequently, extinction,” Alcover highlights

This circumstance also makes them very prone to extinction when there are changes to the islands’ ecology (for example, when they are colonised by humans). “The history of insular rails is an intense story of evolution, and frequently, extinction,” Alcover highlights.

The tip of the iceberg of diversity

The fossil remains surfacing on the Madeira and Azores archipelagos represent one part of all the diversity of animals that used to inhabit these islands, and are now beginning to be discovered.

In addition to the five rail species the paper describes, there are other species, for example two indigenous species of scops owl. “This is only the tip of the iceberg of what is to come in terms of knowledge about the ornithological fauna native to these islands”, according to the authors.

“The existence in the past of indigenous species of scops owls and rails points to the great magnitude of the devastation birds suffered on Atlantic islands after the arrival of humans and the fauna that came with them,” the scientists conclude.