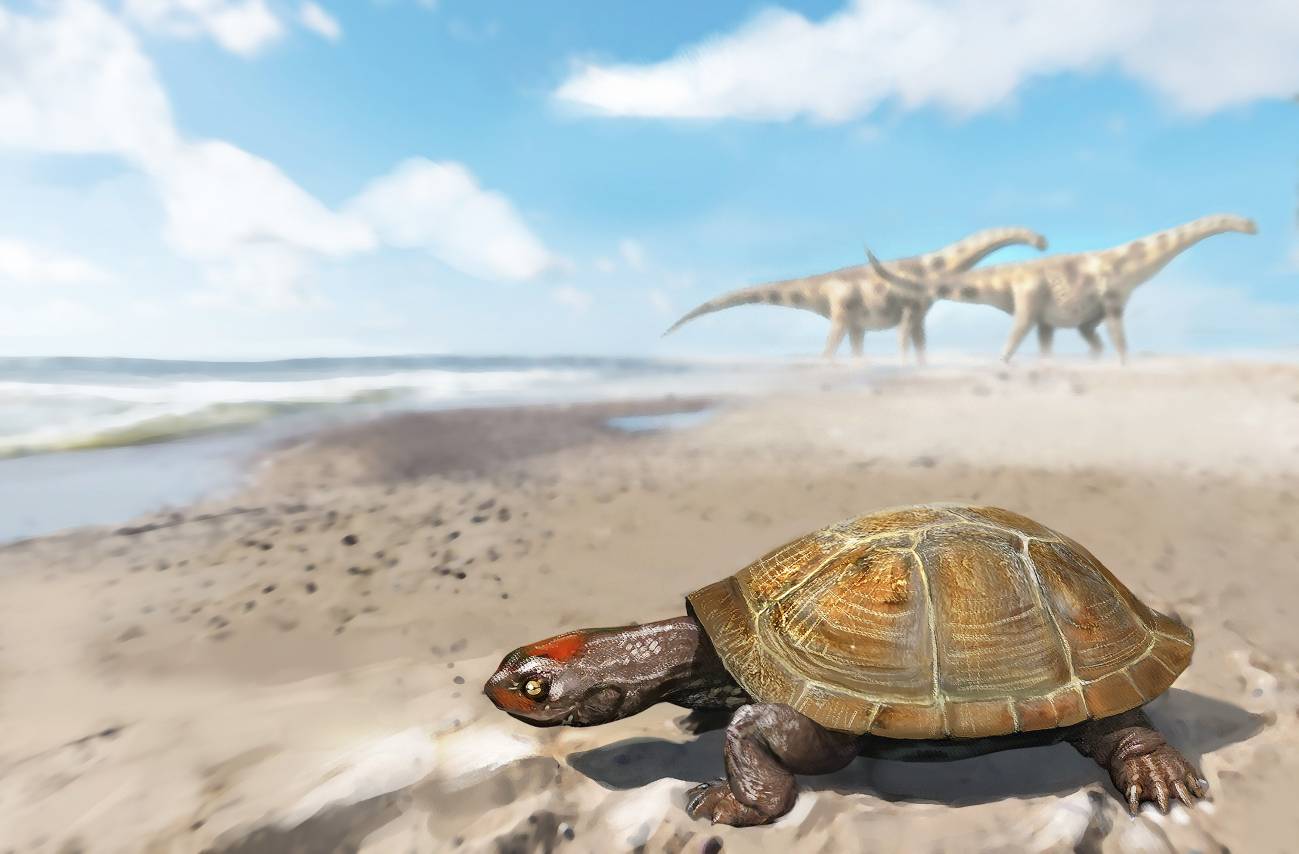 The researchers themselves call the turtle 'traveler', but the journey of Algorachelus peregrinus, as they have called it, did not start in Algora (Guadalajara-Spain), where it was recently discovered, but in Africa during the Upper Cretaceous.

"It is not just any turtle, but, as the name suggests, it gives us the necessary clues to describe how a successful migration occurred about 95 million years ago; this journey would have drastic consequences," explains Adán Pérez -García, researcher in the Evolutionary Biology Group of the UNED, the National University of Distance Education (Spain), to Sinc.

Millions of years ago, the distribution of the continents was not as we know it now. The rupture of Pangea -the supercontinent formed about 300 million years ago- gave rise to two large continental masses: Gondwana -in which the current Africa and South America, among other regions- joined together and Laurasia - which included North to Europe and North America, among others.

"This geographic isolation allowed the development of lineages of independent animals in both continental masses," says Pérez-García, the only author of the study published in the Journal of Systematic Palaeontology. From the Jurassic the turtles were classified into two groups: Cryptodira (terrestrial, marine and freshwater) and Pleurodira (rivers and coastal environments).

The 'traveler' turtle, now extinct, belongs to the latter and its origin was African. But, according to the finding, these reptiles adapted from purely freshwater environments to coastal marine environments. "That's how they moved to Laurasia, specifically to Europe, much earlier than previously considered," the paleontologist points out. 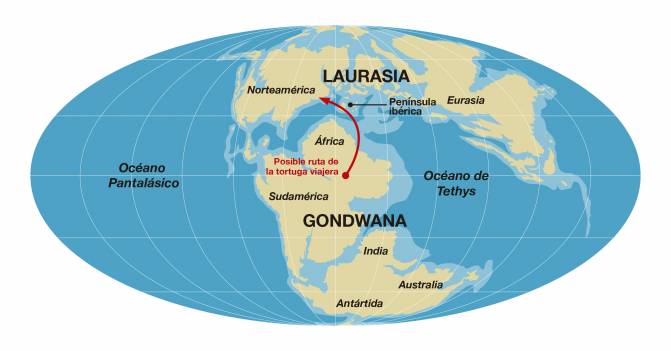 This is the route that the traveling turtle possibly made from Gondwana to Laurasia, passing through Spain and arriving in the United States. / José Antonio Peñas / SINC

The first turtles that arrived in Europe

These turtles settled in the new continent, where they became the queens of rivers and coastal environments and became very abundant and diverse until the end of the Mesozoic, about 65 million years ago. Proof of this is the identification of a skull and numerous fossils, including carapaces, in Guadalajara, which make this turtle the best represented Pleurodira of the European Mesozoic record.

The journey of the turtle was a "success" because it did not end in Spain. It continued to the United States

In another study, published in the Cretaceous Research journal, the discovery of other fossil remains of a shell in Nazaré (Portugal) has allowed to provide more data on this migration from Africa.

“Its discovery has allowed us to know that the faunal replacement had already begun at that time. Algorachelus corresponds to the first form of Pleurodira recognized in the continents of the northern hemisphere (Laurasia)," emphasizes Pérez-García, also the first author of this work.

According to the scientists, among who researchers from the University of Alcalá and Portuguese centers are also included, the journey of the turtle was a "success" because it did not end in Spain. Algorachelus and other turtles closely related to her continued their journey to the United States.

Pérez-García et al. “A bothremydid from the middle Cenomanian of Portugal identified as one of the oldest pleurodiran turtles in Laurasia” Cretaceous Research 78 (2017) 61e70