There could be at least two unknown planets hidden well beyond Pluto, whose gravitational influence determines the orbits and strange distribution of objects observed beyond Neptune. This has been revealed by numerical calculations made by researchers at the Complutense University of Madrid and the University of Cambridge. If confirmed, this hypothesis would revolutionise solar system models. 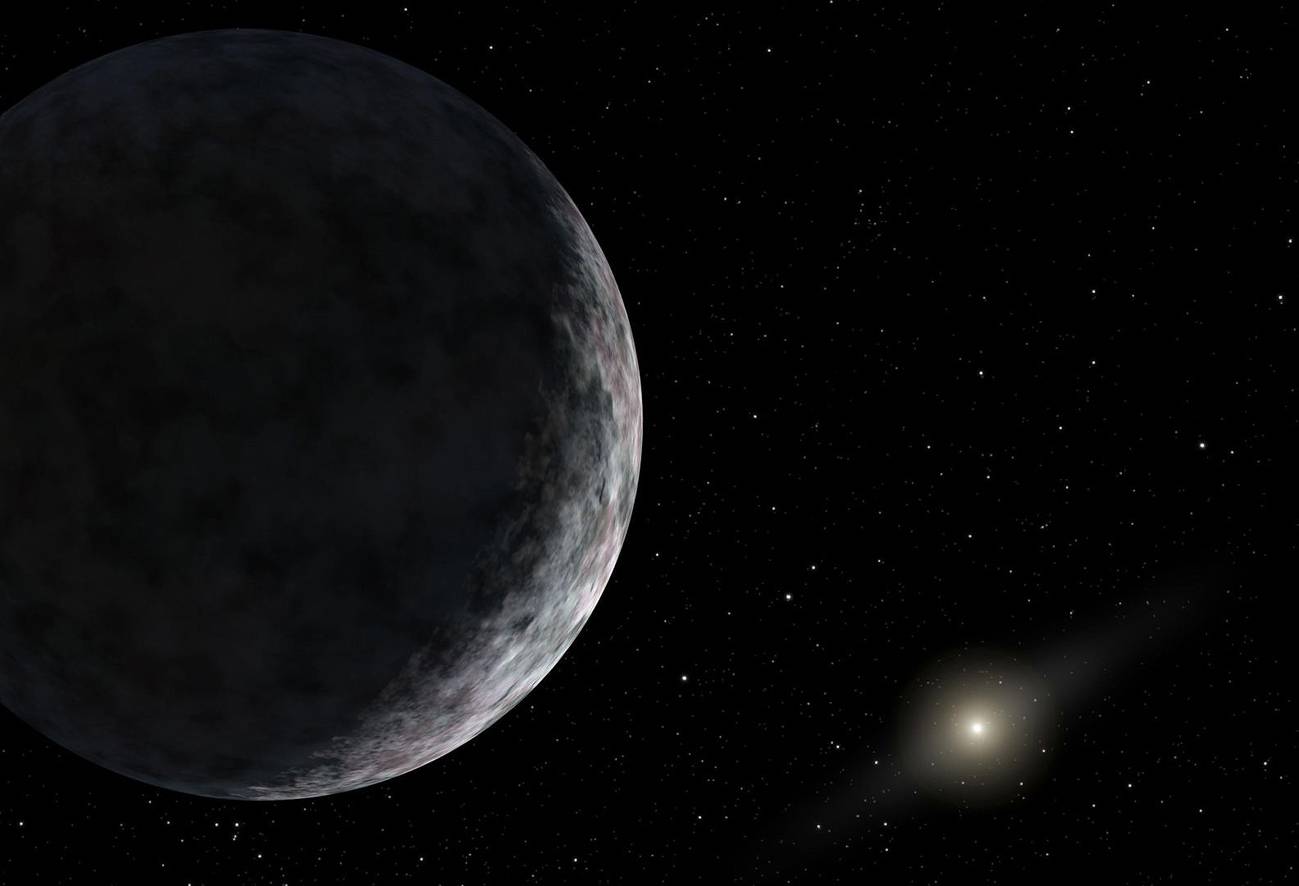 At least two unknown planets could exist in our solar system beyond Pluto. / Credit: NASA/JPL-Caltech

Astronomers have spent decades debating whether some dark trans-Plutonian planet remains to be discovered within the solar system. According to the calculations of scientists at the Complutense University of Madrid (UCM, Spain) and the University of Cambridge (United Kingdom) not only one, but at least two planets must exist to explain the orbital behaviour of extreme trans-Neptunian objects (ETNO).

The most accepted theory establishes that the orbits of these objects, which travel beyond Neptune, should be distributed randomly, and by an observational bias, their paths must fulfil a series of characteristics: have a semi-major axis with a value close to 150 AU (astronomical units or times the distance between the Earth and the Sun), an inclination of almost 0° and an argument or angle of perihelion (closest point of the orbit to our Sun) also close to 0° or 180°.

Yet what is observed in a dozen of these bodies is quite different: the values of the semi-major axis are very disperse (between 150 AU and 525 AU), the average inclination of their orbit is around 20° and argument of Perihelion –31°, without appearing in any case close to 180°.

“This excess of objects with unexpected orbital parameters makes us believe that some invisible forces are altering the distribution of the orbital elements of the ETNO and we consider that the most probable explanation is that other unknown planets exist beyond Neptune and Pluto,” explains Carlos de la Fuente Marcos, scientist at the UCM and co-author of the study.

“The exact number is uncertain, given that the data that we have is limited, but our calculations suggest that there are at least two planets, and probably more, within the confines of our solar system,” adds the astrophysicist.

To carry out the study, which is published as two articles in the journal ‘Monthly Notices of the Royal Astronomical Society Letters’, the researchers have analysed the effects of the so-called ‘Kozai mechanism’, related to the gravitational perturbation that a large body exerts on the orbit of another much smaller and further away object. As a reference they have considered how this mechanism works in the case of comet 96P/Machholz1 under the influence of Jupiter.

Despite their surprising results, the authors recognise that their data comes up against two problems. On the one hand, their proposal goes against the predictions of current models on the formation of the solar system, which state that there are no other planets moving in circular orbits beyond Neptune.

However, the recent discovery by the ALMA radio telescope of a planet-forming disk more than 100 astronomical units from the star HL Tauri, which is younger than the Sun and more massive, suggests that planets can form several hundred astronomical units away from the centre of the system.

On the other hand, the team recognises that the analysis is based on a sample with few objects (specifically 13), but they point out that in the coming months more results are going to be published, making the sample larger. “If it is confirmed, our results may be truly revolutionary for astronomy,” says de la Fuente Marcos.

Last year two researchers from the United States discovered a dwarf planet called 2012 VP113 in the Oort cloud, just beyond our solar system. The discoverers consider that its orbit is influenced by the possible presence of a dark and icy super-Earth, up to ten times larger than our planet.

Its a great discover, I hope to continue writing here as soon as posible, nice to meet you, a great salute from Chile, South America, see you soon, bye.

Is great discovery, i have no more words to describe my surprise, I hope to continue writing here.