Two new species of frogs are discovered in Madagascar

The Tsaratanana Massif –the highest mountain on Madagascar and one of the island's most remote regions– is home to several indigenous species. Yet, the majority of these species remain unknown to science due to the fact that this woodland area is difficult to reach. Thanks to a European expedition to this area, however, a group of scientists has discovered, among other species, two new species of very elusive frogs that live on the forest floor. 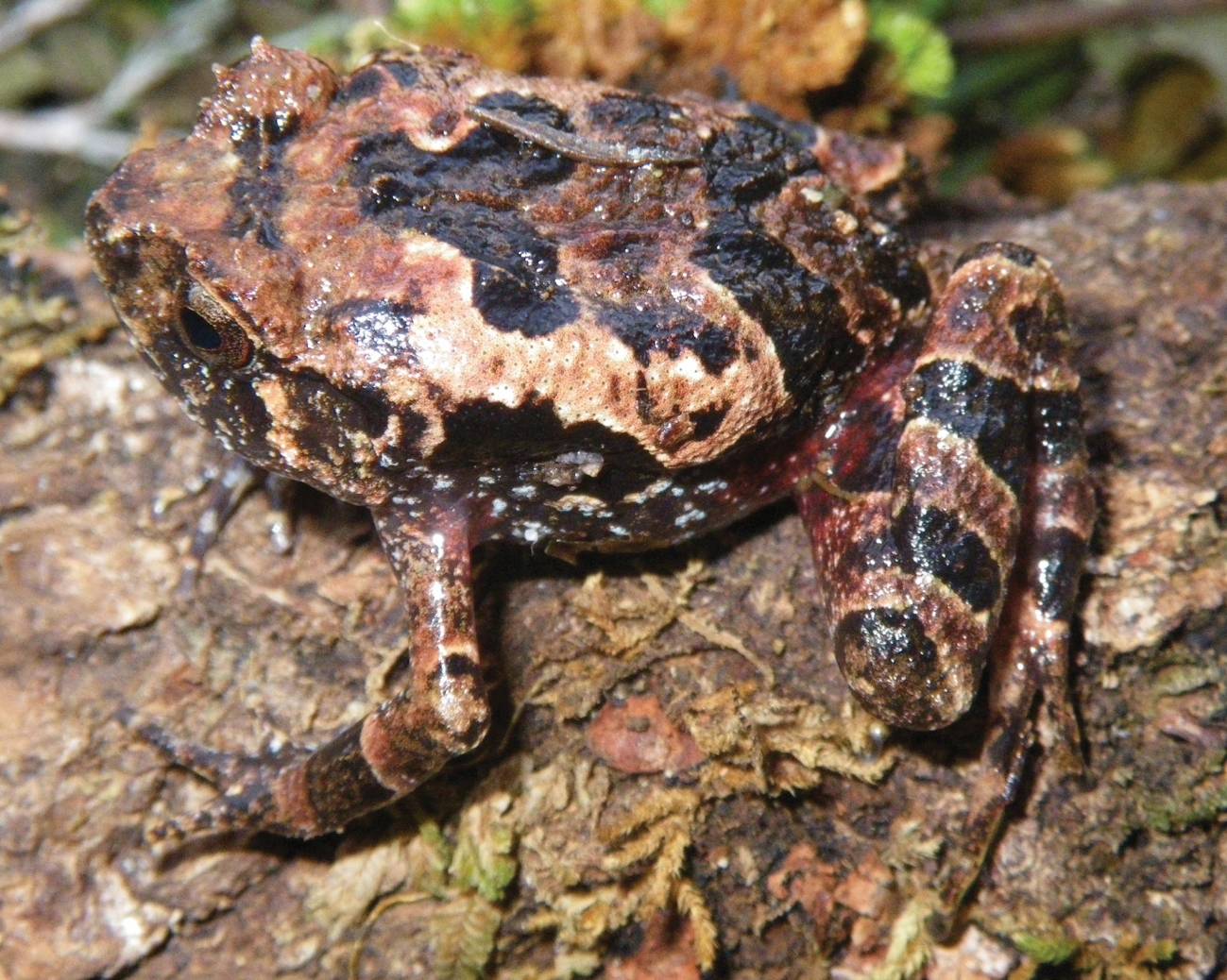 Rombophryne ornata received its name owing to its colour and decorative features. It can be told apart from other frogs of the same genus by the reddish colour it presents. / Miguel Vences

The rainforests located in the northern part of the island of Madagascar are rich in biodiversity, yet only a small number of species here are known to science. Discovering new native species is a difficult task since access to this remote zone in the Tsaratanana Massif –the highest mountain– is complicated. Here, the massif's rainforests are fragmented and threaten the species that live therein.

The biologists found a number of species, many of which are new to science

In spite of this, a team of scientists from Germany and Spain –financed by the previous Ministry for Science and Innovation– ventured into these remote rainforests in 2010.

“Those mountains are home to a high level of native species and are very rarely visited by researchers seeing as there are no roads ‑and barely any paths‑ that lead to the base,” explains David Vieites to SINC, one of the authors of this study and a scientist at the National Museum of Natural Sciences in Madrid (MNCN-CSIC).

As a result of the expedition the biologists found a number of species, many of which are new to science based on taxonomy criteria such as genetics, morphology and even the sounds they make. Among these new species, the study, published in the journal 'Herpetelogica', emphasises the discovery of two new species of frogs: Rombophryne ornata and Rombophryne tany.

“Both species live on the forest floor –among the fallen leaves– and are difficult to spot,” notes Vieites. Rombophryne ornata, which received its name owing to its colour and decorative features, can be told apart from other frogs of the same genus by the reddish colour it presents. It has a black mark between each eye as well as on its back, and it also presents spines located over its eye sockets.

The scientists carried out a more thorough molecular analysis on Rombophryne tany since this species does not have any features that distinguish it from other species belonging to the same genus. In fact, its name tany, which means 'land' or 'ground' in the local language, not only references the frog's brownish colour, but also its tendency to spend time on the ground. This species also presents spines over each eye.

Discovering this species “is another example of the great diversity of animals in tropical areas that have yet to be described before many of these areas disappear as a result of the deforestation suffered by tropical regions, especially Madagascar,” says the researcher regretfully.

Luckily for these two species, however, the area where they were discovered is a national park that is very difficult to access. “We hope that this area will remain pristine for a long time,” concludes the expert.