Ultrasound and algorithms to diagnose bacterial meningitis in babies

Currently the only test to diagnose bacterial meningitis in babies is through a lumbar puncture, a painful and difficult procedure to perform. For this reason, a group of biomedical engineers decided to search for an alternative and developed a portable device that can detect this illness with a simple ultrasound scan of the fontanelle. The high-resolution image obtained is then analysed with algorithms and within seconds indicates if there is cellularity in the cerebrospinal fluid, which that is sign of infection. 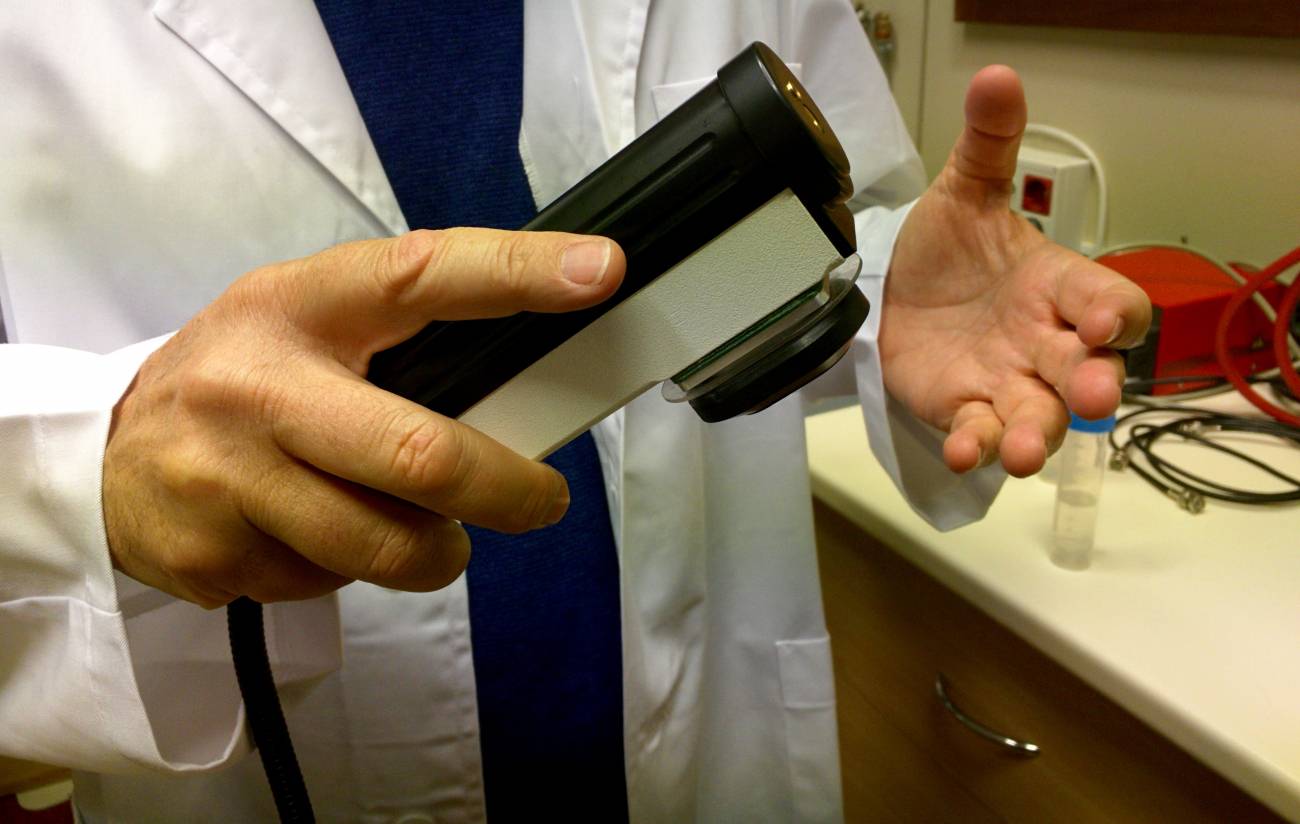 Prototype of the device which will allow bacterial meningitis to be diagnosed in babies in seconds with a high-resolution ultrasound of the fontanelle. The team is now working on making it smaller. / Research Laboratory of Electronics

Three researchers from Spain and one from UK, Javier Jiménez, Carlos Castro, Berta Martí and Ian Butterworth, specialists in biomedical engineering, have developed a device which will allow bacterial meningitis to be diagnosed in babies in seconds with a high-resolution ultrasound of the fontanelle. The system, which aims to revolutionise the detection of this illness, has already been tested on a small sample of patients at the La Paz University Hospital and in ex vivo tissues of animal models.

The project has been financed by Madrid-MIT M+Visión, a consortium that wants to boost the collaboration between research centres and hospitals in the autonomous community of Madrid with the Massachusetts Institute of Technology (MIT) and other institutions in the Boston area (USA).

Carlos Castro tells Sinc, in a telephone interview from the Research Laboratory of Electronics of MIT in Boston, that the idea of developing this device –which already has a prototype– was to “facilitate the diagnosis of bacterial meningitis using imaging technologies and algorithms.”

“We were searching for an alternative to the lumbar puncture (LP), the only existing procedure up until now for its diagnosis, which is difficult to perform on babies and very painful,” says the researcher. This test consists of extracting a sample of cerebrospinal fluid (CSF) with a syringe inserted between two vertebrae in the lumbar region.

“We witnessed a LP on a 29-day-old baby that had arrived at the emergency department at Boston Children's Hospital with a fever. It took three paediatricians and five attempts to be able to extract a CSF sample. It was awful,” he remembers.

Knowing the cellularity –the concentration of white blood cells in the cerebrospinal fluid– “is important to start the treatment as soon as possible. But the LP results, which tell whether there is an infection in the fluid, can take between 24 and 48 hours” says Castro. 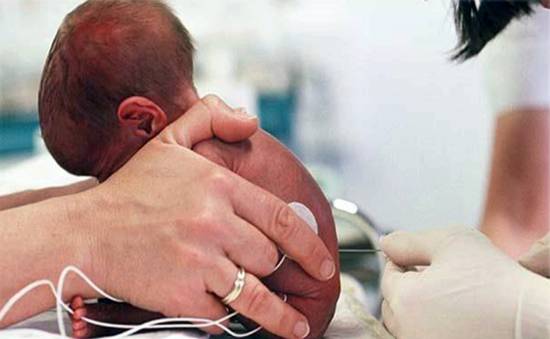 Currently the only test to diagnose bacterial meningitis in babies is through a lumbar puncture: / VisualPhotos

The researcher highlights that in 95% of cases in the developed world, meningitis is not the cause of the fever in babies and therefore, “lumbar punctures do not benefit the patient in any way”. Developing countries do not usually have the facilities to carry out these types of tests and therefore, the children die or suffer serious complications.

Faced with this, the Lumbar project team saw the need to develop a system which would indicate the cellularity in CSF in a simple, economical and non-invasive way for newborns and babies on suspicion of infection.

Castro explains that the new portable device is placed over the baby’s fontanelle –the opening between the cranial bones which does not close for the first 12 months– and obtains a high-resolution image of the area which stores the cerebrospinal fluid, located between the skin and the brain.

The image obtained is then analysed by image-processing algorithms to determine the presence of cells indicating infection if there are any, indicates the expert. “This entire process lasts just seconds,” he reiterates.

“Therefore –he adds– it not only provides the doctor with an image, but information about the presence or absence of cells in the cerebrospinal fluid. This means it can be used without having to undergo specialised training, and as it is portable, it can be made available to any intensive care or observation room in a hospital”.

The team believes that their system will mean a breakthrough for diagnosing bacterial meningitis in babies and save lives in developing countries, as it is a low-cost and simple technology.

The team believe that their system can save many lives in developing countries, being a low-cost technology and easy to use

Among other contributors, the engineers relied in the collaboration with Luis Elvira, specialist in non-destructive acoustics at the Spanish Council for Scientific Research (CSIC). Elvira helped the team demonstrate the capacity of quantifying the cellularity in a fluid that replicated the acoustic properties of CSF in the laboratory.

To date, 300,000 euros has been invested in the project, awarded by the Madrid-MIT M+Visión Consortium. This amount allowed the group to initially test the first prototype in Hospital La Paz. They are now waiting on further funding to be able to continue with the technological development and a pilot study in patients.

Other plans of these young engineers include applying for three device patents and the creation of a company to put it in the market. Castro believes that, with sufficient funding, they will be able to have a finished product that complies with European regulations by the end of 2018.