Wormhole echoes that may revolutionize Astrophysics 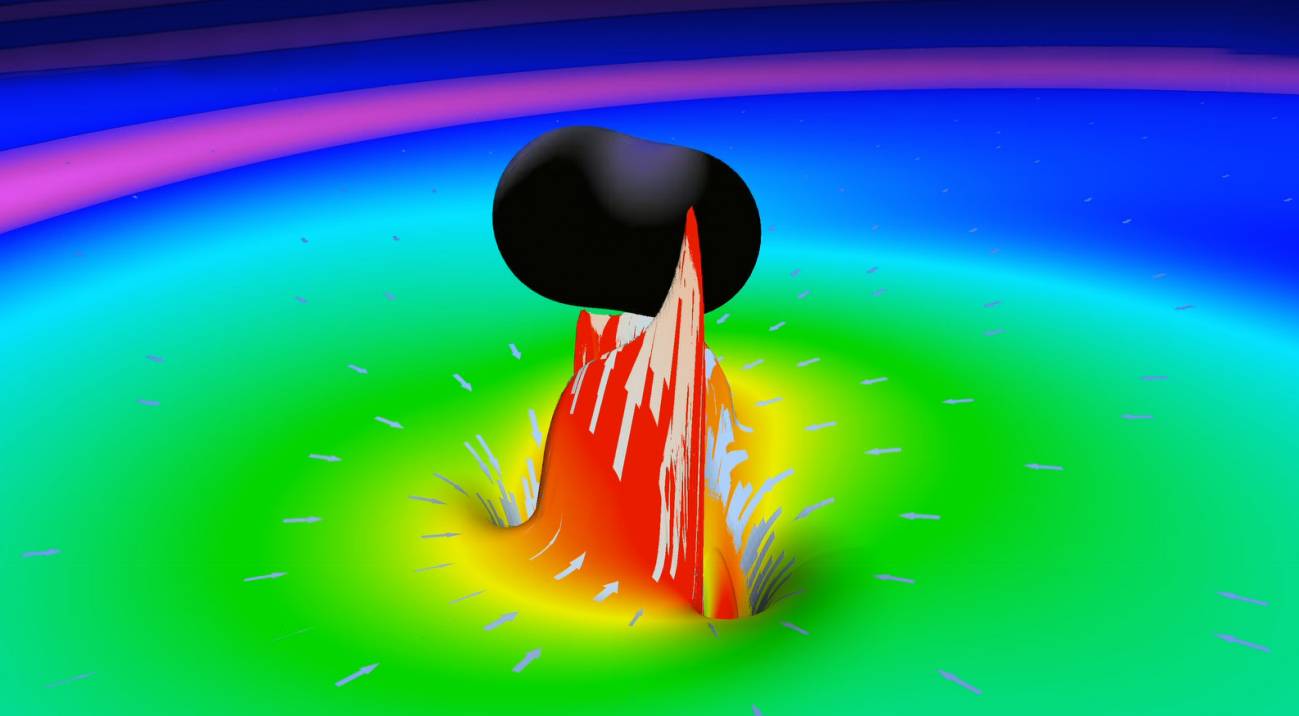 Instant of a simulation in which two black holes merge. The collision of two rotating wormholes would trigger a similar deformation of space-time, albeit leaving ´echoes´ in the signal. / Credit: LIGO LabCaltech (MIT)

Scientists have deduced the existence of black holes from a multitude of experiments, theoretical models and indirect observations, such as the recent detection, by the LIGO and Virgo observatories of gravitational waves, which are supposed to originate from the collision of two of these dark gravitational monsters.

But there is a problem with black holes: they present an edge, called an event horizon, from which matter, radiation or anything that enters can no longer escape. This is in conflict with quantum mechanics, whose postulates ensure that information is always preserved, not lost.

One of the theoretical ways to deal with this conflict is to explore the possibility that the alleged black holes we 'observe' in nature are no such thing, but rather some kind of exotic compact objects (ECOs), such as wormholes, with one particularity: they do not have an event horizon, which leaves its mark on the gravitational waves recorded by LIGO and Virgo.

"The final part of the gravitational signal detected by these two detectors –what is known as ringdown– corresponds to the last stage of the collision of two black holes, and has the property of completely extinguishing after a short period of time due to the presence of the event horizon", explain the Spanish researchers Pablo Bueno and Pablo A. Cano from KU Leuven University (Belgium).

"However," they say, "if there were no horizon, those oscillations would not disappear completely; instead, after a certain time, they would produce a series of 'echoes', similarly to what happens with the sound in a well. Interestingly, if instead of black holes, we had an ECO, the ringdown could be similar, so we need to determine the presence or absence of the echoes to distinguish the two types of objects.”

This possibility has been explored theoretically by several groups and tentative experimental analyses using the original LIGO date have been already performed, the verdict been (so far) inconclusive.

In this context, the team of the KU Leuven University, in which Professor Thomas Hertog has also participated, has presented a model that predicts how gravitational waves caused by the collision of two specific ECOs would be detected: rotating wormholes.

So far, the gravitational wave signals observed are completely extinguished after a few moments as a consequence of the presence of the event horizon. But if this did not exist, these oscillations would not disappear altogether; rather, after some time there would be echoes in the signal, which may have gone unnoticed until now due to a lack of models or theoretical references with which to compare.

"Wormholes do not have an event horizon, but act as a space-time shortcut that can be traversed, a kind of very long throat that takes us to another universe," Bueno explains, "and the fact that they also have rotation (a property they have in common with the so-called 'Kerr black holes’, which are supposed to correspond to the objects involved in the production of the gravitational waves detected by LIGO, in case these were really black holes) changes the gravitational waves they produce."

According to the study, published by Physical Review D, the graphs obtained with the new model do not differ much from those recorded so far, except for the echoes, which act as a clear differentiating element.

"The confirmation of echoes in the LIGO or Virgo signals would be a practically irrefutable proof that astrophysical black holes don’t exist," Bueno emphasises, while also adding: "Time will tell if these echoes exist or not. If the result were positive, it would be one of the greatest discoveries in the history of physics."

The enigmatic nature of black holes

When talking about black holes, the authors distinguish ‘astrophysical black holes’, whose existence would be refuted by the discovery of echoes, from other possible kinds of black holes. In the words of Pablo Bueno, one of the authors:

"The ‘astrophysical’ label refers to the following fact. In principle, it could be that the would-be black holes analyzed at the gravitational wave observatories (such as LIGO or Virgo) are not really black holes while, at the same time, other kinds of black holes (like supermassive black holes, or hypothetical microscopic black holes) do exist as such. In other words, it could be that black holes do exist at other scales/regimes, and this would be something that could not be immediately discarded using the LIGO results, which make reference to objects of a few solar mases.

One would tend to think that, in case this kind of objects are not really black holes, the same should happen at least with the supermassive ones (for these there will be other forthcoming experiments, such as the Event Horizon Telescope), but assuring that black holes cannot exist under any circumstance would be too adventurous.

The natural expectation is that, in case LIGO's were not really black holes, this is a consequence of some more fundamental reason which forbids the existence of event horizons under any circumstance, but that extrapolation is not 100% guaranteed”. 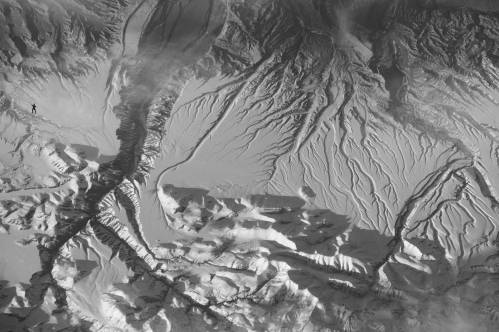