Planet X makes a comeback: a great divide among astronomers

The very elongated orbit of “The Goblin” or 2015 TG387, a 200 miles wide extreme trans-Neptunian object (ETNO) that travels the very outskirts of the Solar System, has led its discoverers to think that its orbit is affected by the presence of an unknown planet X. However, other astronomers consider that the paths of this and other ETNOs can be explained as resulting from peculiar orbital diffusion processes or observational biases. 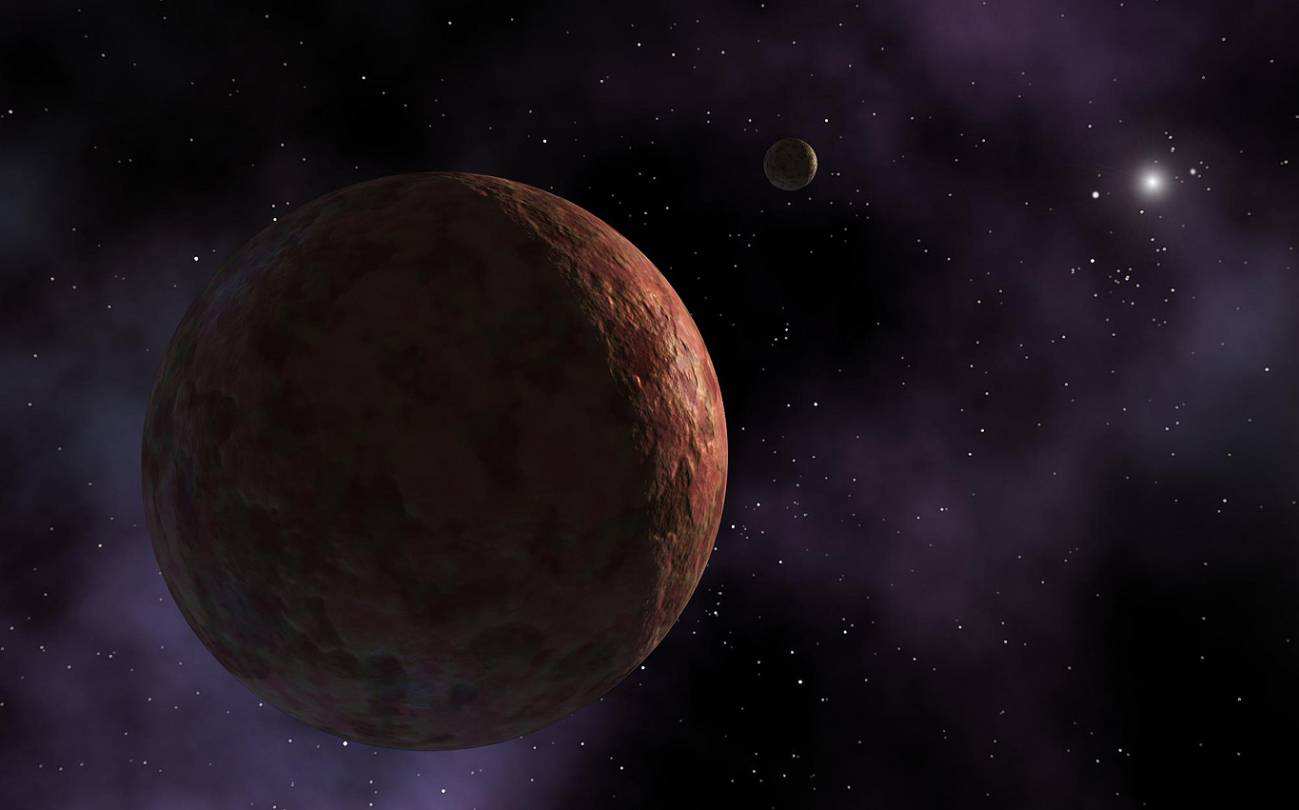 The scientific community is divided regarding the interpretation of the paths of the ETNOs, such as Sedna (illustrated in the image), that move around the Sun reaching the very outskirts of the Solar System. Are their orbits affected by the presence of a yet-to-be-discovered planet? / Credit: NASA/JPL-Caltech

The recently announced discovery of 2015 TG387 is the result of the efforts of a long-term survey of the outer Solar System that a team of American astronomers is carrying out using state-of-the-art telescopes located in Hawaii and Chile, and whose final goal is the discovery of a new planet in the Solar System.

Right now, the scientific community is divided regarding the interpretation of the puzzling paths of celestial objects such as “The Goblin”. These objects, the ETNOs, follow very elongated orbits that take them from the neighborhood of Neptune and the Kuiper belt (from 30 to 80 AU) to the region occupied by the inner Oort cloud (located at thousands of AU from the Sun and different from the classical Oort Cloud, first proposed by Oort in 1950).

The scientific community is divided about how to interpret the very elongated orbits of the ETNOs, which may or may not be explained by the presence of a yet-to-be-discovered Planet X

A group of astronomers considers that the puzzling orbits of the ETNOs may be better explained without invoking the presence of a putative Planet X. On one hand, they put forward that the only reason why the orbits of the ETNOs are so peculiar is the presence of observational biases and selection effects in the available data; on the other, they argue that the existence of the most puzzling objects might be explained by orbital diffusion processes in which the orbit of an object changes gradually until it reaches the variety of extreme orbital shapes and sizes observed.

On the opposite side there are groups of astronomers that consider that the orbits of the ETNOs can only be explained by the existence of a hypothetical unseen planet. The astronomers responsible for the discovery of “The Goblin” count themselves among the ones supporting this interpretation and with their new paper they argue in favor of the possible presence of Planet X.

The announcement of the discovery of the ETNO 2015 TG387 follows the one of 2015 BP519 known as Caju (the fruit of the Cashew tree in Portuguese), a celestial object that has one of the most puzzling orbits ever observed and that seems to have a dynamical past different from the rest of the ETNOs. With this new discovery, the number of known ETNOs has reached 30.

In a new research work, of which I am a co-author, we have arrived to the conclusion that the properties of 2015 BP519 are simply too extreme within the general context of the ETNOs as to be compared with those of the rest. In any case, when we analyze and put together the data of all known ETNOs, including those of 2015 BP519 and 2015 TG387, it seems that they are subjected to strong gravitational perturbations that are better explained by the presence of more than one massive perturber.

In reality, it is still too early to reach final conclusions about this topic because data are still rather scarce.

In reality, it is still too early to reach final conclusions about this topic because data are still rather scarce and we need to obtain more information about the ETNOs, especially regarding their chemical composition, a key piece of information to determine their origin. We know about their orbits but in most cases their chemical composition is unknown; so far, only results for Sedna and the pair (474640) 2004 VN112 and 2013 RF98 have been published. Preliminary results on the surface composition of two other ETNOs, 2002 GB32 and (506479) 2003 HB57, have been made public during the recent IAU meeting in Vienna, August 2018.

These two pairs of objects have been observed spectroscopically with GTC, one of the largest telescopes in the world, and they seem to be very different from Sedna. These four ETNOs are somewhat pink, whereas Sedna is very red. The existence of these pairs can be regarded as strong evidence in favor of the presence of at least one massive perturber in the outskirts of the Solar System.

The region of the Solar System between the Kuiper belt or trans-Neptunian belt, located at 40 AU, and the Oort Cloud, located at 50,000 AU, was believed to be nearly empty until the announcement of the discovery of the first ETNOs back in 2000. Now we know that this region is far from empty but rather full of puzzling objects and ready to provide amazing surprises in the years to come.

Carlos de la Fuente Marcos is an astronomer at the Complutense University of Madrid, an expert in extreme trans-Neptunian objects. His works has been published with his brother Raúl de la Fuente Marcos and they suggest the presence of one or more unknown planets in the Solar System.