Segregating children for their disabilities is a violation of human rights

The UN Committee on the Rights of Persons with Disabilities has published a forceful report on the Spanish educational system, reporting on the unfair and discriminatory treatment of thousands of children. The group of experts claims that the right to an inclusive education is being violated in Spain. We have a moral obligation and the legal imperative to ensure that our schools are designed for all students. 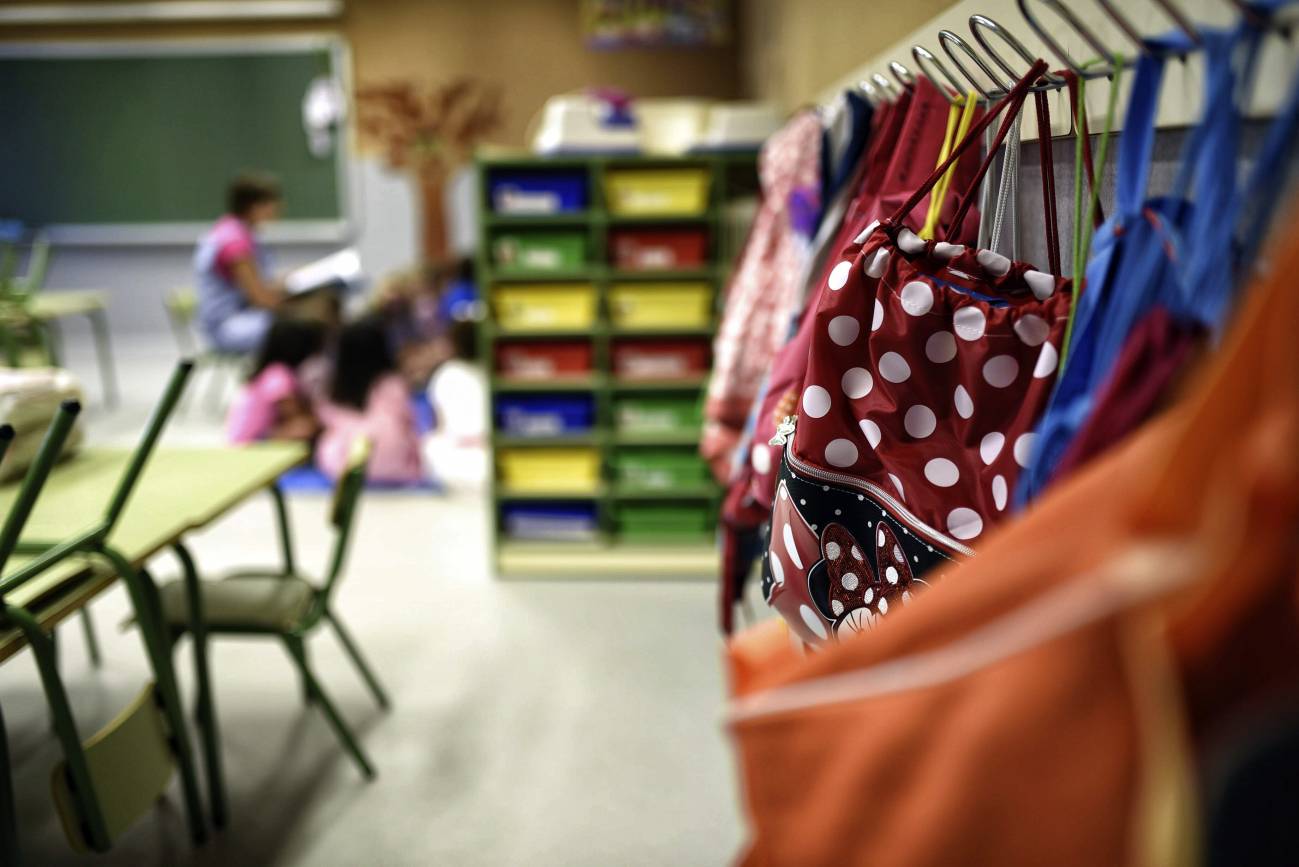 It is often thought that, if a disabled child is studying in an ordinary school, this qualifies as inclusive education. It is also generally thought that such students require a differentiated education, unlike that of the rest of classmates, which must be given in different spaces, with different professionals and curricula.

We assume that a person lying within the spectrum of autism or cerebral palsy, for example, has educational needs unlike those of the rest of students, requiring an individual adaptation that limits or impedes their participation in class, the attention of their teachers, work on the topics of other classmates, a grade with the same validity, etc.

All this is based on a fallacy: that the rest of us all learn the same way and that this is why we hold the right to attend a classroom and an ordinary school, to education, participation and achievement at school. This reveals that what we call disability is a power-related issue -and therefore, a social one - although in schools it continues to be addressed as a biological and individual reality.

The perspective of disability as a social phenomenon has been solidly argued in the scientific literature of social sciences for decades. The same goes for other issues, such as the notion that building an identity within that social category involves an irreversible devaluation, as it implies a process of social exclusion that affects identity and intelligence; or that being educated together is positive for all students and not only for those students identified as disabled. This is obvious because we only – only! - learn from differences, which means that environments in which one cohabitates with them are educationally richer than those that aim to be homogeneous.

Therefore, that all children of school age should be together does not depend on science, which has already proven the value of differences in the educational process. It depends on political will, which implies challenging power and privileges, as has already happened with other social groups throughout history. What we are dealing with here is Human Rights, the right of education for all people, proclaimed in article 26 of the Declaration of Human Rights and violated in Spain almost 70 years later. It is as if a restrictive reading of the Human Rights card had been made into which certain children do not fit. Or what amounts to the same thing: a whole social group has been denied its inclusion within the human category.

In response to this reality, the Spanish State ratified the Convention on the Rights of Persons with Disabilities (UN, 2006), which was born as an instrument with which to make Human Rights effective for those persons who had been excluded: in article 24, it establishes that the right to education is the right to an inclusive education.

The member states pledged to "respect, protect and ensure an inclusive and quality education for all persons without distinction". From all this we can conclude that, although science has proven the effectiveness of inclusive schools, this is the least of issues.

As this is a human rights issue we have a moral obligation and the legal imperative to ensure that our schools are designed for all students. When talking about inclusive education, we are dealing with a great social and educational project: that of being educated together.

The categorical report of the UN

This is what underlies the categorical report that the Committee on the Rights of Persons with Disabilities of the UN has just published after conducting a research of the Educational System of the Spanish State, motivated by complaints from the SOLCOM Association. What informs these complaints is the view that an important group among schoolchildren continues to be subjected to unfair and discriminatory treatment.

This is well-known to those of us who, either on a professional or a family basis, are in close contact with people who live under the bane of "Special Educational Needs" (SEN) or " “Special needs education or aided education” (Special Ed), but the complaint has been an unprecedented initiative until the present moment. The report is exhaustive:

"The Committee considers that the information available reveals violations of the right to inclusive and quality education. These violations are primarily related to certain features of the education system that have been maintained despite reforms and that continue to exclude persons with disabilities — particularly those with intellectual or psychosocial disabilities or multiple disabilities — from mainstream education on the basis of assessments conducted according to the medical model of disability. This, in turn, results in educational segregation and denial of the reasonable accommodation needed to ensure the non-discriminatory inclusion of those with disabilities in the mainstream education system.”

The Committee adds that "in most cases, the future of a student with disabilities depends on the will" of family members and professionals, which is unacceptable

The Committee adds that "in most cases, the future of a student with disabilities depends on the will" of family members and professionals, which is unacceptable. The future of children should not depend on chance; respect for their human rights cannot be optional or arbitrary.

But it does happen. That is what is said in the report, a very strange one for the majority of the population as it questions beliefs and prejudices made obsolete by knowledge that has been available for all too long a time.

It is surprising that we should find it reasonable, logical and desirable that certain children be excluded from being with other children, from interacting with them and from mutual development in school. And this, which is addressed in the UN research, is not something anecdotal or exceptional, but part of the school system's DNA: "A structural pattern of discriminatory exclusion and educational segregation on grounds of disability has been perpetuated, by means of a medical model."

It is not a personal problem

In schools, disability is understood in individual and biological terms - a personal problem - so the solutions that the system poses deeply entrench the problem by confining it to the private realm. But the problem is a public one and the solutions must be of the social kind. This should no longer be a question of what happens to this or that boy or girl. We must raise the issue of what problem lies behind our having decided that these children cannot learn along with the others.

Every day many families are being 'invited' to leave common schools because they will not offer them what their family members need. Some of these families find themselves forced to change; others assume it is the best option, since it was professionals who recommended it, and 'choose' segregated education. It is obvious that in either of these cases it was less a matter of choice than of stringent conditioning.

Many families suffer great pain in the schooling process of their sons and daughters, instead of finding a fundamental support at school. All too many boys and girls are sent to exclusionary schooling modalities, either in specific classrooms within the ordinary centres or in special education centres, and this is unacceptable.

It is surprising that we should find it reasonable, logical and desirable that certain children be excluded from being with other children

Psycho-pedagogical evaluations continue to be clinical, which does not make sense from an educational but from a classificatory point of view. Schooling decisions, which are based on these common as well as useless practices, perpetuate the discrimination of the entire group. Individual curricular adaptation measures prevent the transformation of the system. And it is precisely this, the transformation of the system, what is entailed in that social project that was born with the name of inclusive education. Nothing to do with cosmetic arrangements, but a deep revision of the school system so that it may harbour a space for the democratic recreation of society and culture.

The right to exercise their citizenship since childhood

This undoubtedly touches on a few sensitive points that the report does not eschew: special education centres and specific classrooms in ordinary centres run counter to human rights, so they have to disappear. The State is under the obligation to lead this transition, in which the resources and valuable personnel they are composed of will serve as a tool for the transformation of school practices and culture.

It is these transformations that can accommodate those people who have been excluded from the institution to such an extent that it is difficult to think that they have had the same right to exercise their citizenship since childhood, learning, participating and being recognized along with the rest of their classmates. Therefore, we have the challenge of guaranteeing their presence, learning, participation and recognition, but for this to happen we need not think in terms of the ordinary school or the special school, but of a new school that overcomes so violent and painful a division.

It is an inescapable dilemma: respect human rights or follow a tradition and regulations that breach them

One final thought. This report marks a turning point in our awareness of where we are. A few weeks ago it was a group of mothers who complained about the systematic discrimination and segregation that occurs in schools throughout our geography. Many of those mothers have been dismissed as mad for talking nonsense. In reality they found a new meaning, from which we, professionals, have to learn. Now it is the United Nations Organization that is saying this, and to the Spanish State.

It is necessary to face this reality, and turn it into the challenge of making the education system the main oasis of society in which human rights are respected and promoted. We know that it is desirable, that it is the best thing for all children, and that it is possible. This is a duty of the first order for the State. But this also holds for all citizens, especially school professionals: it is no longer possible to look away.

Educational laws must change, but civil society also has a moral obligation to position itself as regards everyday school practices, the relationships and culture of the centres. It is an inescapable dilemma: respect human rights or follow a tradition and regulations that breach them. The former is praiseworthy; the latter, deplorable. In this regard, the task of educating admits of no ambiguities.

Ignacio Calderón Almendros is a Doctor in Pedagogy and Professor of Theory of Education at the University of Málaga. He does research work on diversity and the processes of educational exclusion and inclusion to help the school serve all people.

His latest books include "Education, disability and inclusion" (Sense Publishers, 2017) and "Education and hope in the borders of disability"(Cinca, 2014), which received the Human Rights and Disability Award (CERMI) and an Honourable Mention from the International Association of Qualitative Inquiry (USA).