An artificial cerebellum that also learns to blink

The Human Brain Project is a mammoth European initiative with many branches. Italian researchers associated with the project have developed a model of the cerebellum with which to study how that area of the brain works and how it is affected when under illness. 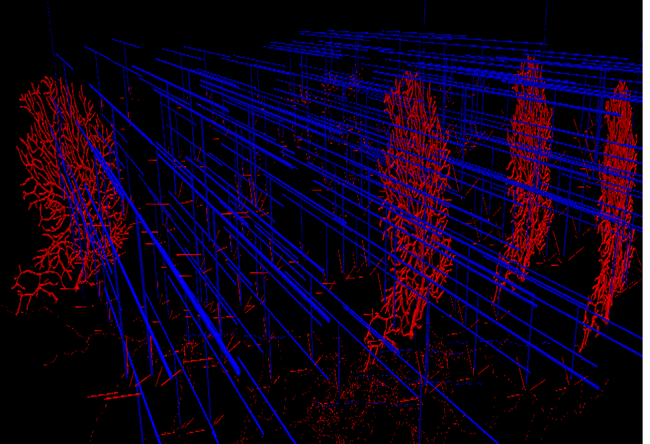 The Human Brain Project (HBP) aims to help fields such as medicine and neuroscience to advance more easily. CerebNEST is an associated project of the HBP that focuses on the study of the brain region related to movement: the cerebellum.

A researcher at the PoliMi - Polytechnic University of Milan (Italy), Alberto Antonietti is one of the scientists behind CerebNEST. His objective is to bridge some of the sub-projects that make up the HBP. “The main idea is to integrate the work that neurophysiologists and robotic engineers do,” he summarizes for Sinc. In other words, “to gather all the knowledge we have about the cerebellum in order to integrate it into a model.”

“We want to gather all the knowledge we have about the cerebellum in order to integrate it into a model”, says Antonietti

The model of the cerebellum developed in CerebNEST draws from everything we already know about the number of neurons and the connectivity of this area of the brain, all thanks to the collaboration that PoliMi has been maintaining for years with the neurophysiologists of the University of Pavia, who are HBP core partners.

“We want to build computational models of the cerebellum with different degrees of complexity and test if they work correctly,” summarizes the bioengineer. One of the applications of this model that Antonietti has tested was published this year in the International Journal of Neural Systems.

The challenge of building such models lies in our current limited knowledge of the brain. Antonietti says that, although the information we have is partial, we already have plenty of data, enough to gain an exhaustive view of this mysterious organ.

“The difficulty here is that there are many scales,” says the researcher. “You can measure brain activity in a very general way and then go on to smaller scales: a specific area, a part of the cerebellum, a neuron, ion channels, proteins ... There are also different time scales, because there are things that happen in a millisecond and others in a year".

Let me blow into your eye for the sake of science

In his latest study, Antonietti and his team tried to complete one more piece of the puzzle, for which purpose they collected data from human volunteers who carried out conditioning protocols by blinking. These consist in the association of two stimuli, as the cerebellum “is the part of the brain focused on learning this association.”

“Volunteers were conditioned with a first stimulus and then, after a while, with a second one.” The latter was an “annoying” stimulus, like a small breath of air in the eye. The first time, the participants would close the eye after the stimulus but, after repeating the process dozens of times, they were able to close it beforehand to prevent discomfort, thanks to a mechanism directed by the cerebellum.

Antonetti’s model measures three parameters related to this mechanism of plasticity, which evolves naturally during a person's learning. The data of the experiment served to analyze which parameters influence behaviour and make the volunteer learn to prevent the annoying stimulus. The results showed that the responses of the model and those of the volunteers were not markedly different.

But what is the artificial cerebellum good for? Why bother dozens of volunteers? “One application of this model is that of studying things that we couldn’t do experimentally, since you cannot place a million electrodes in someone's brain to measure what happens,” says Antonetti. “The model gives you the possibility to explore and access everything.”

This artificial cerebellum could also reduce animal experimentation, since “it would be possible to do so by simulating the same neural network with the model.” Antonetti explains that the final goal within one or two decades is that of personalized models: “Ours is general, but you could customize these parameters to fit the behaviour of a specific subject.”

This would make it possible, for example, to construct models for a disease in a specific patient, in whom “the affected neural mechanisms may be different.” The bioengineer goes even further, suggesting the possibility of simulating treatments to optimize them for each disease and patient, thus favouring a kind of personalized medicine. “It's a long-term thing, but it's the direction in which the HBP wants to go.”