Life with a tumor becomes complicated when the patient suffers a serious psychiatric disorder. In people with schizophrenia, bipolar disorder or major depression, early detection often fails. And although the cancer is detected, in some cases, the mentally ill refuse to receive treatment. Psychiatrists ask for specific diagnostic and coordination programs to work with oncologists. 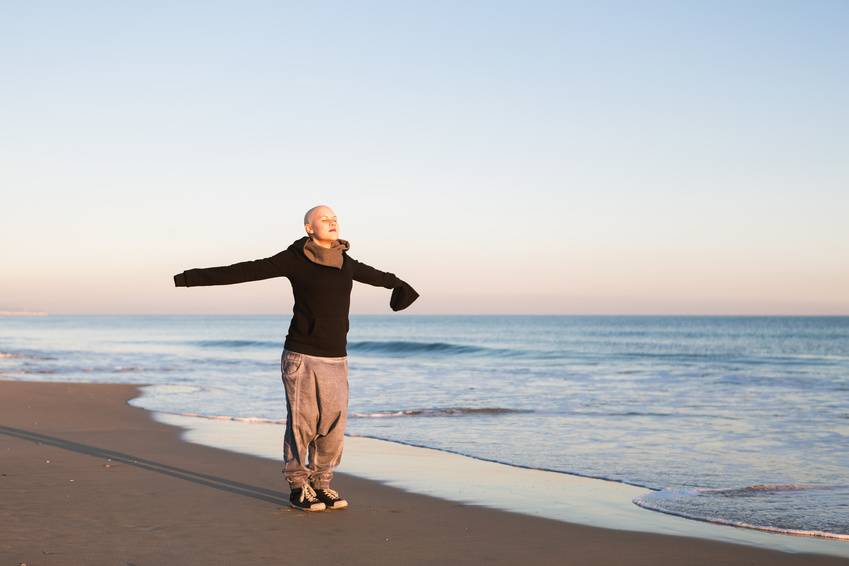 An investigation has concluded that women with severe mental disorders undergo less tests to diagnose early cancers such as breast and cervical cancers. / © Fotolia

The scanner images revealed an unusual tumor. Its size was so large that the breast had blurred and even part of the chest wall. It seemed incredible to the oncologist that a woman could live with that widespread neoplasm, whose proportions indicated uncontrolled growth over many months. When he met her he understood: she was suffering from a bipolar disorder and did not follow any kind of treatment.

“I usually say to my patients who have never been sick,: 'This will be the hardest thing you've done in your life.' Imagine what it means for someone who is already sick", Jennifer Lycette, who works at the OHSU Knight Cancer Institute and Columbia Memorial Hospital (USA), tells Sinc.

In an article published in The New England Journal of Medicine, Lycette describes the challenge of treating this 50-year-old woman. Their children noticed that her behavior began to change a few years ago and they did a psychiatric exam. She felt betrayed and, seeing her reaction, the family decided not to force her to continue any treatment for the bipolar disorder that had been diagnosed. They found out about her breast cancer very late, when they noticed a lump under her shirt.

At the hospital, the patient followed the first cycle of treatment but when she returned home she did not allow any nursing staff to enter or take any medication nor did she want to return to the hospital center. When the situation became untenable, her family admitted her to the hospital, where she accepted drugs to alleviate the pain. She died two days later.

"Any coexisting disease, physical or mental, can increase the risks of complications and makes it more difficult for the patient to complete cancer treatments," says the oncologist, impotent.

The family environment is key

The situation is very different if the patient is being treated for his mental illness. Thirty years ago, Juan - a fictitious name - was diagnosed with schizophrenia. Since then, he continues a treatment. Last year he was diagnosed with bladder cancer, of which he has been operated twice. Now he is following the chemotherapy cycles.

The family has to replace, in part, the lack of awareness that the patient may have

"I noticed when I urinated because I saw a little blood and immediately went to the family doctor; they did the tests and they diagnosed me," he told Sinc. His oncologist has explained how chemotherapy is and he is concerned about the pain, since the doctors will need to catheterize. Juan has the support of his family to deal with the disease. He is also a member of AMAFE, the Madrid Association of Friends and Family of People with Schizophrenia.

"The family has to be attentive to make up for the patient's lack of awareness of the disease," Julio Bobes, president of the Spanish Psychiatric Society and professor of psychiatry at the University of Oviedo, told Sinc.

The life expectancy of people with a serious mental illness - such as bipolar disorder, schizophrenia or major depression - is between ten and twenty years lower than that of the rest of the population. In cancer cases, those who suffer from mental disorders are 30% more likely to die from the tumor compared to patients without these ailments. Late diagnosis decreases healing options.

"The level of self-observation typical of any person in these patients is limited and they do not realize until the mass of the tumor is very important or they are impeded for some reason, such as when swallowing or moving," describes Bobes.

In cancer patients, those suffering from mental disorders are 30% more likely to die from the tumor

Different studies have shown that the usual tests for early detection are not as effective for this group. This is the case of breast and cervical cancer. An investigation conducted in the London borough of Lambeth concluded that women with severe mental disorders were given less tests to early diagnose these two types of tumors in primary care.

Ruth Cunningham and Elizabeth Barley, coauthors of the study, attribute this imbalance to the lack of knowledge - there is a belief that screening aggravates the symptoms of mental disorder - and difficulties in managing services if people are hospitalized or unable to travel.

Other research conducted in more than 30,000 women in California (USA) with severe mental illness showed that most of them were not regularly screened for cervical cancer by the public health system. However, it is known that they have a greater risk of suffering from it, due to smoking, warns Christina Mangurian, a researcher at the University of California in San Francisco (USA) and one of the authors of the work.

Lack of coordination between oncologists and psychiatrists

In addition to early detection, the coordination between oncologist and psychiatrist is essential for a person with a mental disorder to have the same chances of surviving cancer.

"Our hospital, the Clínic de Barcelona, has a Psycho-oncology Unit led by clinical psychologists that works in coordination with oncologists, hematologists and psychiatrists to promote the comprehensive treatment of these ailments," comments Eduard Vieta, Head of Psychiatry Service and Psychology of the Hospital Clínic and scientific director of the Center for Biomedical Research in Mental Health Network (CIBERSAM).

But the same does not happen in all hospital centers. Experts agree on the lack of coordination between oncologists and psychiatrists, which deteriorates the health of patients.

In several studies that analyzed the mortality of this group in the United Kingdom, scientists found that oncologists "were not really trained for the specific care needed by people with serious mental illness," says Chin-Kuo Chang, a researcher at the Institute of Psychiatry, Psychology and Neuroscience at King's College in London. According to the specialist, there are no specific clinical guidelines to help them.

His position is shared by Frank Huang-ChihChou, medical advisor at Kaohsiung Municipal Kai-Syuan Psychiatric Hospital (Taiwan). "Psychiatrists must cooperate with oncologists to improve their knowledge, which will increase the rate of treatment of patients," he says. This expert has studied how patients with schizophrenia should approach cancer, taking into account that their attitude is sometimes passive and they can have a poor lifestyle, which aggravates the disease.

When there is only the legal way

A patient with a severe mental illness may be reluctant to be treated for cancer. "If they are well with their bipolar disorder, their opinion should prevail over that of their family, as in any other," says Vieta. However, "when they are in an acute phase, we must assess each individual case and all the conditions to make the most appropriate decisions," adds the psychiatrist.

If the family fails to convince the patient to be treated, it can get a judicial incapacitation, but time plays in favor of cancer

If the family fails to convince the patient, as was the case with the U.S. woman with untreated bipolar disorder, it can take legal action to obtain a judicial incapacitation or a non-voluntary internment.

Article 200 of the Civil Code states that "persistent diseases or deficiencies of a physical or mental nature that prevent the person from governing themselves are causes of incapacitation".

"The symptomatology of the disease should impede self-government, that is, the ability of the person to make decisions about the different aspects of daily life with full and complete knowledge of its causes and consequences," explains Sergio Toro Pujol, of the law firm of Barcelona Toro Pujol, where they have treated several cases of this type, to Sinc.

It will be the relatives, the legal representative or a doctor, for therapeutic need, who can initiate these legal actions, adds the lawyer. The problem with this type of procedure, according to Bobes, is that it can take months to resolve, which makes the disease worse.

"The most usual way is to try to convince the patient, to guide him," stresses the professor of Psychiatry. "And for that the family, once again, is very important," he adds. The life of patients is at stake, because against cancer there is no time to lose.

Following the publication of the article in which Jennifer Lycette denounced her patient's case, the oncologist received proposals from other doctors. "I have received some good ideas from colleagues, such as a psychiatric telemedicine service to help expand care to regions that lack mental health services," she says.

For Lycette, working in coordination with the psychiatrists of her patients has been very satisfactory, since between the two they adjusted the drugs to compensate the side effects of the oncological treatment and the patients were able to complete the whole therapy. "The doctor must pay attention to possible pharmacological interactions between cancer treatment and that of bipolar disorder," maintains the head of Psychiatry at the Clínic. Interaction may also occur with drugs prescribed for other mental illnesses. 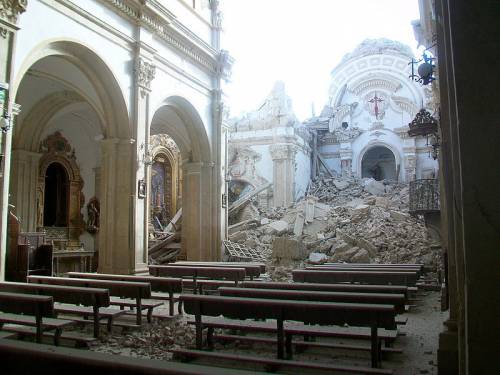 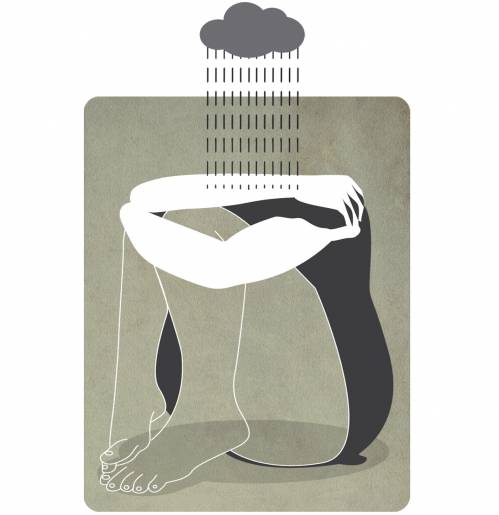