Carlson invents the xerography and creates the first photocopier 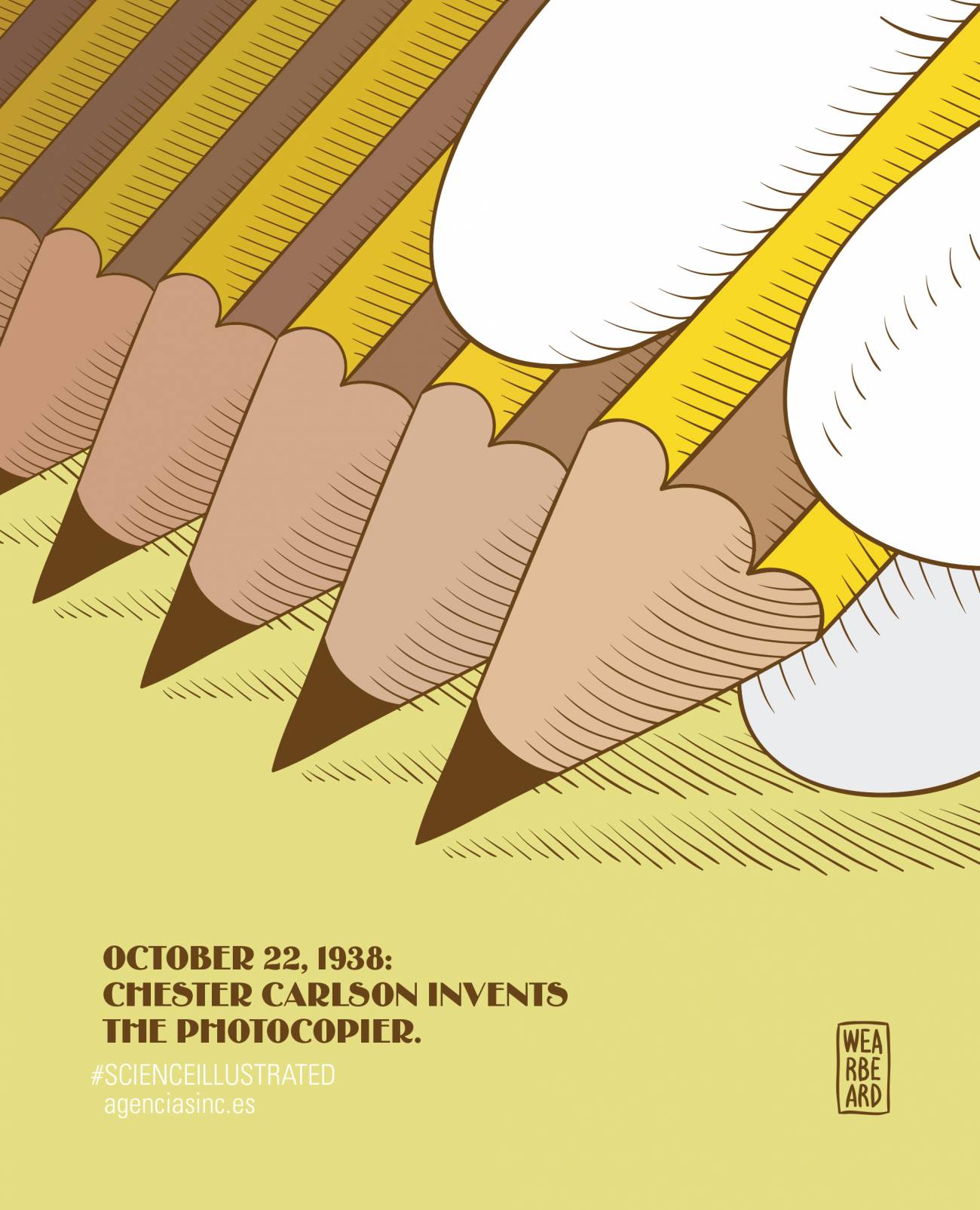 Chester Floyd Carlson was an American physicist, inventor, and patent attorney born in Seattle, Washington in 1906. He is best known for having invented the process of electrophotography, which produced a dry copy rather than a wet copy, as was produced by the mimeograph process. Carlson's process was subsequently renamed xerography, a term that literally means ‘”dry writing.”’

In 1938 he decided to leave the firm specialized in patents where he was in charge of copying by hand hundreds of documents and patents, a hard work that worsened his arthritis and myopia. He wanted to pursue his idea of creating a machine that could reproduce print work automatically

After leaving the company and consult numerous technical books, used the money from his own pocket to pay for tests and experiments with electrostatic and photoconductive materials. Finally managed to build the first prototype of this technology -based printer.

A year later, the copying machine was rejected by companies such as IBM or General Electric until in 1947 a small company that manufactured photographic paper called Haloid, became interested in his invention and introduced it in the market with the name of Xerox .

The adjective chosen by its creator, means "dry" in reference to the machine did not need any liquid to do its job.

In 1961 the company was renamed Xerox Corporation in honor of the product that today has become the world's largest supplier of toner copiers, as well as all accessories. Xerography is also the basis for the functioning of current laser printers.