GPS, the location technology that started with the space race 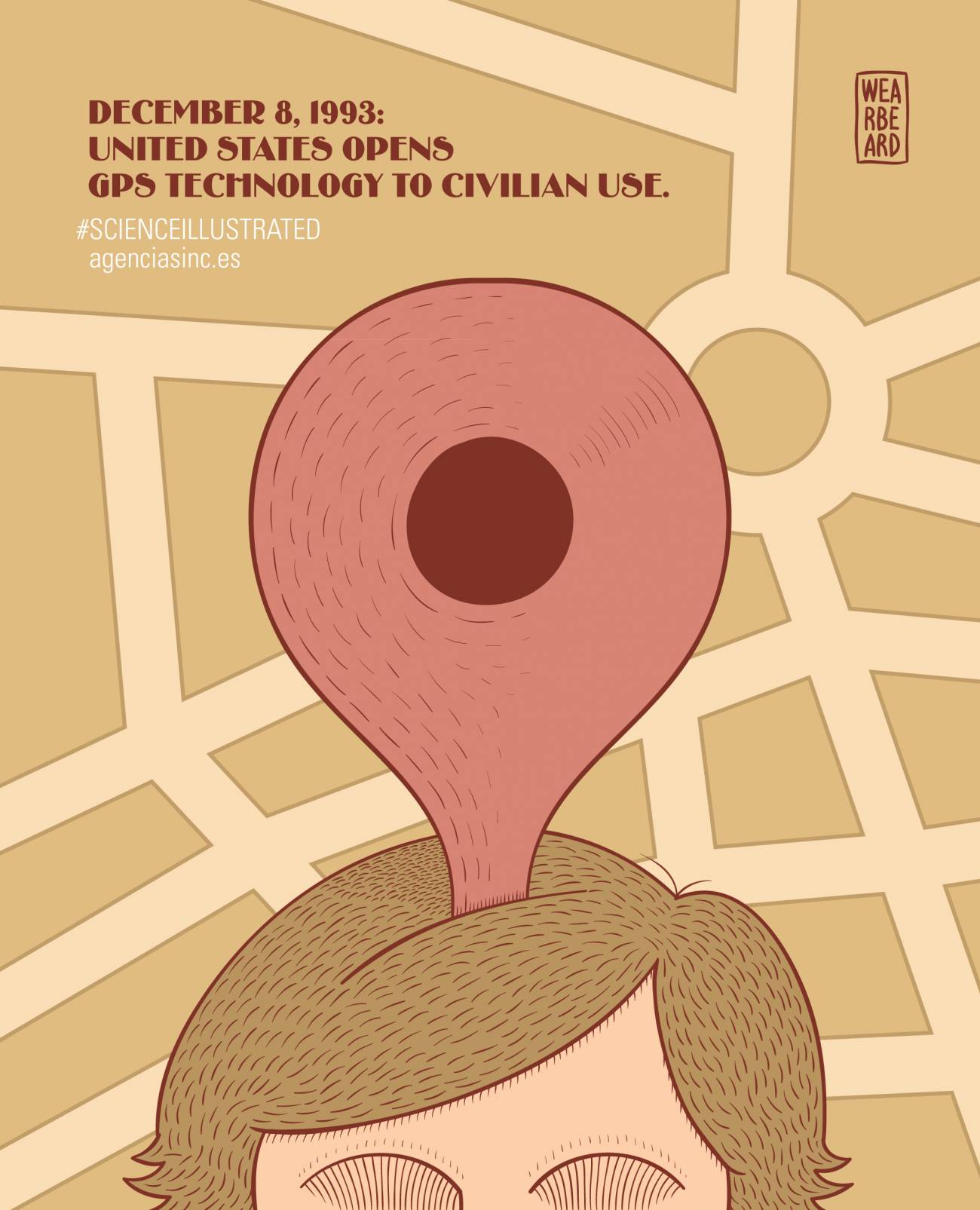 GPS, the location technology that started with the space race. / SINC

The GPS story starts with Sputnik, the first artificial satellite. The night after it was launched by the Soviet Union in 1957, researchers at MIT were able to track Sputnik's orbit by its radio signal. And if you can track satellites from Earth, you can figure out how to locate objects on (or just above) Earth from the positions of satellites.

The U.S. Navy experimented with a satellite navigation system for its submarines in the mid-1960s. The Transit System used six satellites in circumpolar orbits, calculating the Doppler shift of radio signals to ascertain position.

Originally called the Navstar Global Positioning System, the outlines of the current GPS were conceived at the Pentagon in 1973. The system was intended for military uses like targeting missiles, as well as peacekeeping uses like monitoring nuclear-bomb tests outlawed by the 1963 Nuclear Test Ban Treaty. But, afterwards the military thought there might be distinct advantages to sharing the GPS system with civilians.

Twenty years after the initial concept, US Government informed, in 1993, that the system had achieved "initial operational capability" and the Defense Department opened the Standard Positioning Service (SPS) to the Transportation Department. The civilian SPS initially provided an accuracy of 100 meters. The Precise Positioning Service (PPS) for authorized military users was accurate to within 22 meters.

President Bill Clinton issued an order in 1998 that resulted in the civilian service becoming as accurate as the military one.

GPS techniques are integrated into many devices today; it's as ubiquitous as cellphones. We use GPS to navigate our car trips and manage fleets of taxicabs, airplanes fly with, etc.

Source: SINC
Copyright: Creative Commons
Share
Publish
Creative Commons License
Follow us
Creative Commons 4.0
You can copy, distribute and transform the contents of SINC. Read the conditions of our license
We use our own cookies and third parties to improve our services. If you accept or continue to browse, we consider that you accept their use.
OK Information