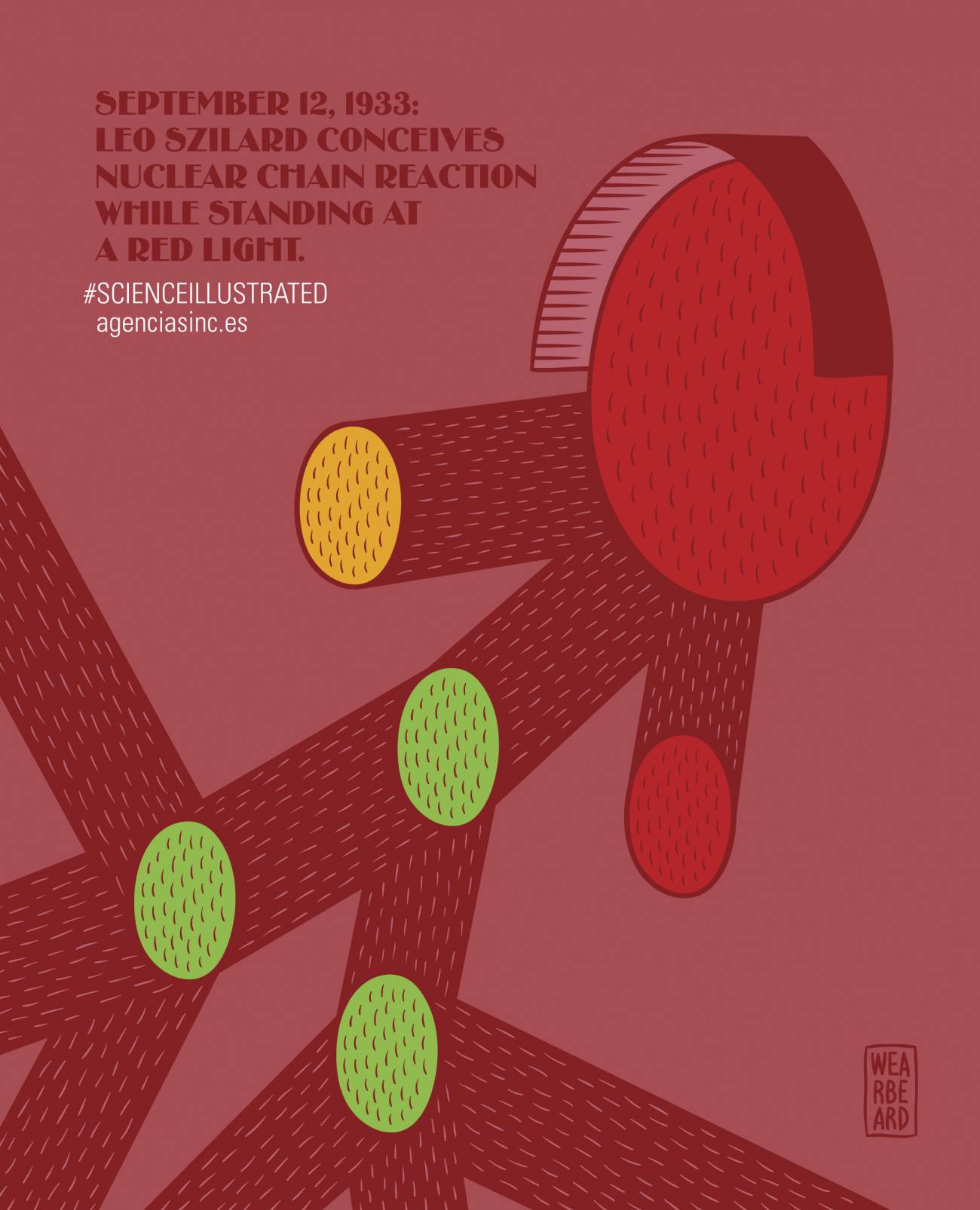 1933: Physicist Leo Szilard gets the nuclear age rolling, so to speak, by conceiving the idea of a nuclear chain reaction while standing at a red light.

Szilard, a native of Budapest and a soldier in the Austro-Hungarian army during World War I, left Hungary for Germany to escape the postwar rise of anti-Semitism. Originally an engineering student, he switched to physics after moving to Berlin and studied under Albert Einstein, among others.

His decade in Berlin was fruitful and Slizard was engaged in a number of projects, including development of the linear accelerator, cyclotron and home refrigeration. But with the rise of the Nazis, Slizard found himself on the move again, this time to London.

Not long after his arrival, Slizard read an article in the Times of London rejecting the idea of any practical use for atomic energy. So incensed was Slizard, the story goes, that he stood right there at a traffic signal in Bloomsbury and dreamed up the nuclear chain reaction. A year later he patented the concept.