The scientist and musician that discovered Uranus 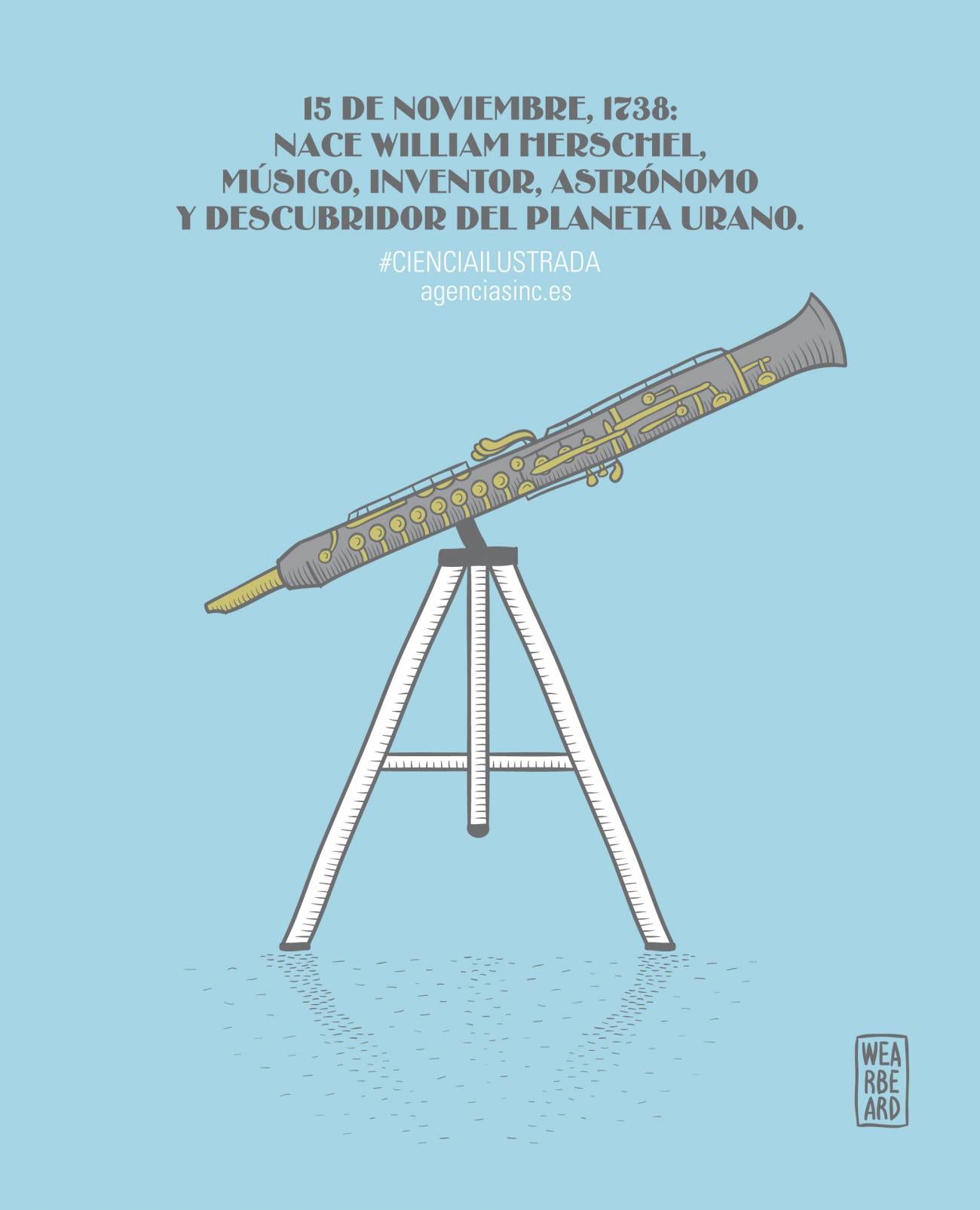 Sir Frederick William Herschel was born on the 15th of November of 1738 in Hanover, Germany. Herschel was a musician and an astronomer that became famous for his discovery of the seventh planet in the solar system: Uranus.

Initially he called the new planet the ‘Georgian star' after King George III of England, country in which this scientist developed its career. Curiously enough, Herschel lived 84 years, the same time that Uranus needs to complete its orbital period around the Sun.

During his youth in Germnay, Herschel studied music and joined his father and brother in the band of an infantry regiment. But the dead and the disasters of the Seven Years War, in which he participated in 1757, hit him so badly that he decided to move to England. There, he continued pursuing his musical studies and became organist at Halifax and conductor of orchestra in Bath. But the reading of the book Astronomy by Ferguson in 1773 changed forever his career.

Herschel became an astronomer and a illustrated scientist that made the best telescopes during his time. In fact, one of his instruments, with a diameter of 1.2 meters, was the biggest telescope for more than 50 years. His prestige was recognized throughout Europe. When in 1801 he traveled to Paris to meet Laplace and Messier, Napoleon did not hesitate to invite the three distinguished scientists to his office to know more about their research.

Some years later, Napoleon’s troops were responsible for the destruction of one telescope that Herschel installed next to the Royal Observatory, on a hill in Parque del Retiro (Madrid). Today is possible to visit the room in where there is an exact replica of the instrument.

Along with Uranus, Herschel discovered two of its major moons (Titania and Oberon), two moons of Saturn, comets and, more than 2,500 galaxies and nebulae. Also, he developed a model of the Milky Way.

The European Space Agency (ESA) called its largest space telescope with the name of Herschel in 2009 to honor the scientist.