Optic fiber for recording the temperature in extreme industrial environments

Optic fiber is normally used in the field of telecommunications to transmit information using light, but a group of researchers at the Universidad Carlos III de Madrid (UC3M) has developed a technique that makes it possible to use optic fiber as a thermometer in extreme industrial environments.

The system they have developed is able to measure the temperature of mechanical or cutting processes in areas where conventional techniques do not have access. In these environments, thermographic infrared cameras cannot be used because there is not a clear line of vision to the tool’s cutting point, nor can thermocouples or other sensors be applied because of the deterioration they will suffer and the difficulty of establishing a good location for them due to inaccessibility. However, these researchers have solved this problem using a fiber optic pyrometer.

Optic fiber is a means of transmission in which pulses of light that represent data are sent. Thanks to its small size (it measures 62.5 micra), optic fiber can fit into very small spaces. “To give you an idea, the diameter of a hair from a young person is, on average, about 100 micra”, the researchers comment. In this case, they have used optic fiber that is typical in telecommunications like those that are used to transmit high-speed signals on data networks.

The pyrometer determines the temperature of a body by the amount of radiation that it emits: as the radiation increases, so does the temperature. It measures radiation in two colors and calculates the temperature based on the quotient of the two signals. This system is calibrated so that it can “start to measure at 300 degrees, and it could go up to one thousand degrees because the fiber, which is made of silica, can withstand very high temperatures,” explains Carmen Vázquez, a tenured professor in UC3M’s department of Electronic Technology and the coordinator of the project.

Obtaining data regarding temperature changes during cutting helps in the analysis of the evolution of wear on a tool. Consequently, “it is possible to optimize the life of the tool, thereby improving productivity,” explains Carmen. Furthermore, it is important to guarantee the superficial integrity of the mechanized material; in most cases, temperature is a parameter that is indicative of the damage caused by the mechanical system.

This system has applications in those environments where mechanized tools are used for manufacturing parts. It is relevant, for example, in the aerospace sector. During the mechanized production of parts of the components of motors, it is very important to “avoid extreme temperatures or changes in phases that are related to worse performance in fatigue.” Carmen Vázquez states that “the prototype could already be introduced in the field and be working in different machinery in the sector”. This system may also have applications in the biomedical field , as researchers have noted recent research published in the journal Sensors.

In addition to Carmen Vázquez, the researchers on this project are Alberto Tapetado, a doctoral student at UC3M, Henar Miguélez, a tenured professor in the Mechanical Engineering Department, José Díaz Álvarez, a professor in the Aerospace Engineering Department and Ernesto García, all from UC3M. This research has been carried out as part of a project of the National Plan (Plan Nacional) financed by the Ministry of Economics and Competitiveness (Ministerio de Economía y Competitividad) and the research program SINFOTON-CM financed by the Autonomous Community of Madrid (Comunidad de Madrid). 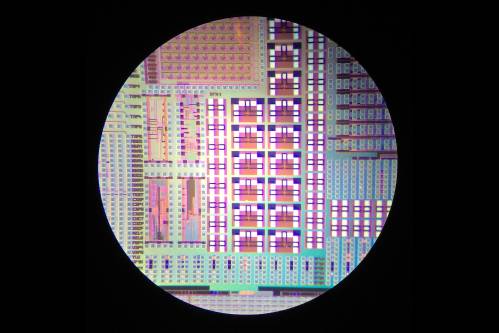 A Spanish-led team of European researchers at the University of Cambridge has created an electronic device so accurate that it can detect the charge of a single electron in less than one microsecond. It has been dubbed the ‘gate sensor’ and could be applied in quantum computers of the future to read information stored in the charge or spin of a single electron. 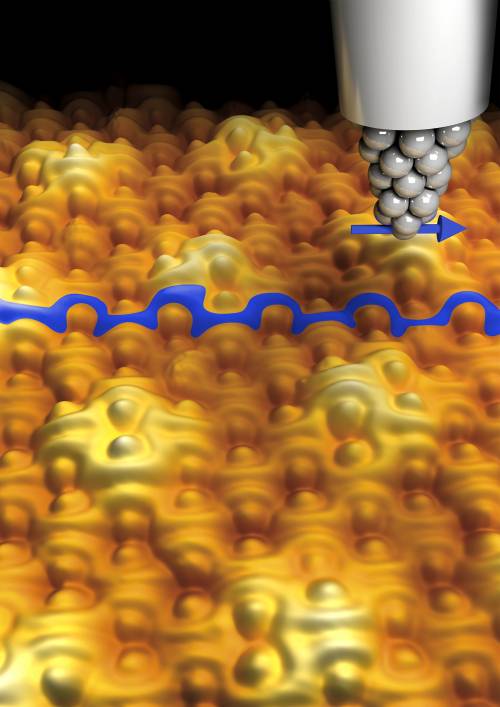 Researchers from IMDEA-Nanociencia Institute and from Autonoma and Complutense Universities of Madrid (Spain) have managed to give graphene magnetic properties. The breakthrough, published in the journal ‘Nature Physics’, opens the door to the development of graphene-based spintronic devices, that is, devices based on the spin or rotation of the electron, and could transform the electronics industry.