Signs that illuminate cancer within the body

Diagnostic imaging equipment has improved the resolution of its results and reduced the radiation patients receive, but the main advance has been in contrast agents. Using dye- or nano-antibody-‘decorated’ nanoparticles that circulate in the blood vessels, the scientific community is working to detect cancer and metastasis early and see if the treatment works. 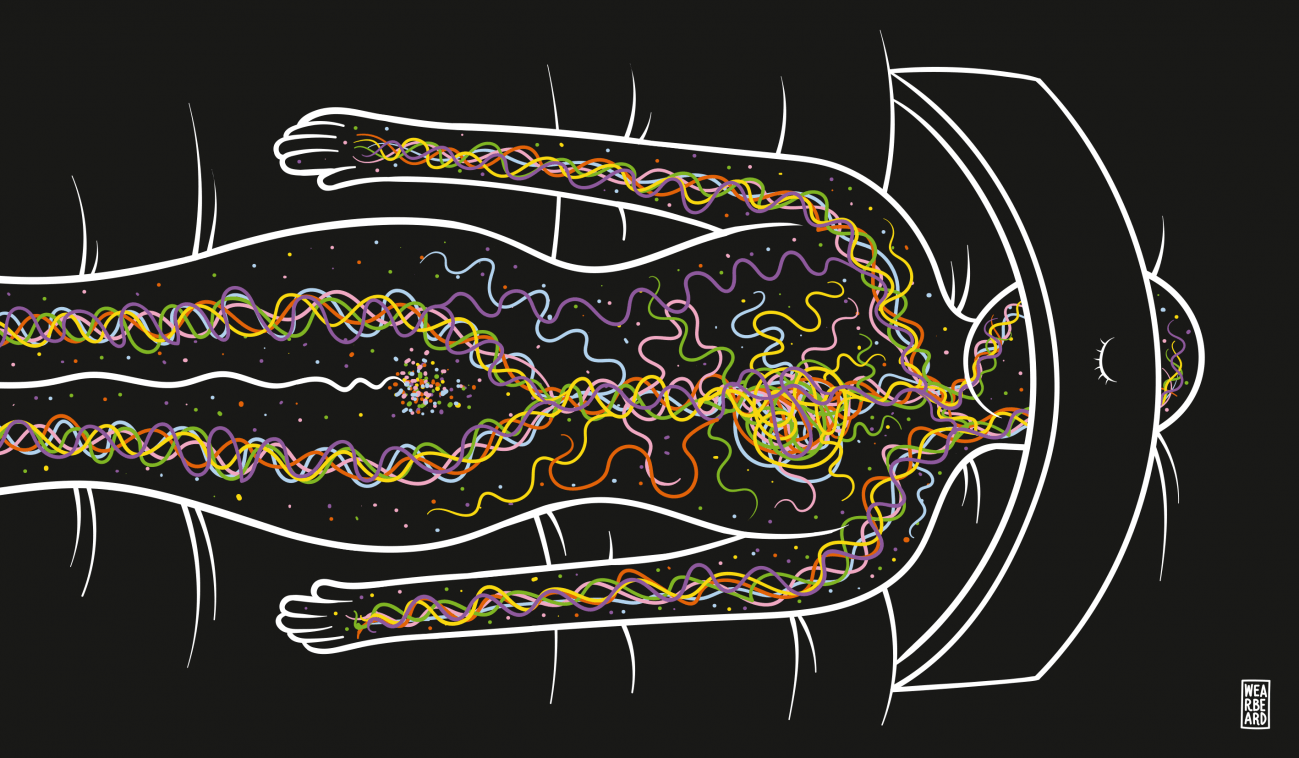 While attending a character design class with Pixar animators, researcher Cristina Zavaleta, a long-time Disney and art fan, noticed the type of water-dissolved and very high-pigment paints they were using, the so-called gouaches.

Their texture, shine and colour reminded her of the dyes used on humans in the form of tattoo inks or even food. It was at this time that this biomedical engineer from the University of Southern California in the USA, who has a degree in nuclear medicine, thought that these pigments could have interesting optical properties and be used as fluorescence image contrast agents to detect certain diseases. She was right.

She contacted Adam Sky, a tattooist from the San Francisco area, who filled the 96 wells used as test tubes for Zavaleta's microplates with tattoo inks. The scientist then examined them with a Raman scanner, which allowed the sample to be illuminated with a monochromatic laser beam to see how it interacted with the molecules.

The result was the discovery of “wonderful” spectral fingerprints that could be used to encode nanoparticles, tiny spheres that transport the pigments through the blood vessels in search of malignant cells.

“We encapsulated various pigments in nanoparticles, which can carry several dyes at once and target cancer cells, and then detect them using optical imaging methods,” Zavaleta explains to SINC. She is focusing on finding effective contrast agents to diagnose cancer more accurately.

In her laboratory, this researcher’s team is developing new molecular imaging strategies using fluorescence and Raman imaging, aimed at detecting this disease, which covers up to 200 types. The aim is to guide doctors towards the cancer cells and provide them with functional information in addition to the structural details of the tumour they can already see.

“If we could give them visual signals that could help them differentiate the tumour from the adjacent normal tissue in real time (in the operating room), this could guarantee the removal of the whole tumour and improve the patient's overall outcome,” the researcher stresses.

These tools, which are still in the experimental phase and in need of further tests to ensure their safety in humans, make it possible to inject patients with these materials covered with colour pigments that increase the sensitivity of images obtained by magnetic resonance or computerised tomography.

Thus, when the nanoparticles are directed and concentrated in a specific place in the body, they cause the malignant cells to “glow”, making it possible to identify different types of cancer. Researchers can thus check, for example, whether a polyp in the colon is cancerous or simply benign, without the need for a biopsy, according to the study recently published in the journal Biomaterials Science.

However, until now there has been a safety problem with the use of nanoparticles because they tended to be retained for a long time in the liver and spleen, the organs responsible for breaking them down. But the food dyes that coat M&Ms, for example, are biodegradable materials, and also have a specific size that makes them passively penetrate the areas of the tumour and be retained longer for detection.

Currently, only three pigments have been approved by the US Food and Drug Administration (FDA) as contrast agents for optical imaging. “They all have fluorescent properties and can be used to illuminate structures in the body, usually during surgery or endoscopy,” Zavaleta has pointed out to SINC.

The scientific community now needs to expand its “colour palette” to guide doctors more effectively in the early identification of cancers, she believes. 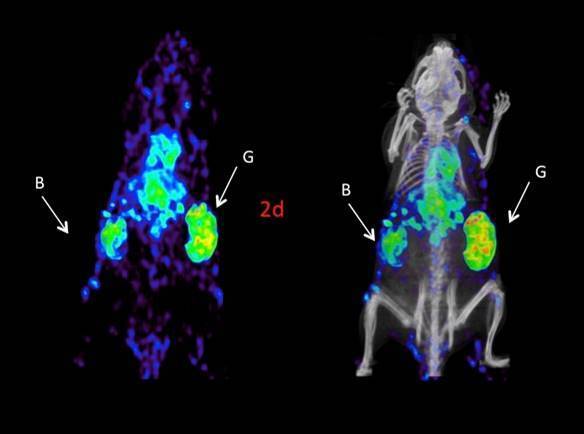 Images obtained in mice with a PET camera detect different types of tumour thanks to the labelling of an antibody with a positron-emitting isotope. / Francisca Mulero (CNIO)

But once the tumour has been detected, other harmless imaging techniques are being developed that will allow virtual biopsies to be performed. These methods will make it possible to see biologically what is happening in the tissue in a few minutes without having to open it. They will also be able to detect a possible metastasis and predict whether the treatment will work or not.

This is how the Molecular Image Unit team led by Francisca Mulero, a doctor specialising in Nuclear Energy at the National Centre for Oncological Research (CNIO), can see inside a body thanks to still-experimental work being done with model animals such as mice.

In her case, instead of dyes, the scientists use contrast agents that emit positrons, the antiparticle of the electron. “This gives us an advantage over other types of contrast because they pass through the whole body. What is done with this equipment is introduce the patient and the tumour can be seen anywhere because these particles pass through all the tissues and this can be monitored,” she emphasises to SINC.

To achieve this, the researcher's group marks nano-antibodies, which are sent directly to the specific part of the tumour. There, an increase in signal and a concentration of gamma photons take place. “We can see what is happening there without taking any samples from the tissue. It’s a non-invasive method and will serve to monitor patients,” explains Mulero.

Unlike Zavaleta's technique in the USA, which allows an early diagnosis of the tumour, Mulero's research is very useful for studying its spread into other areas and the monitoring treatment. “Once the treatment has been started, we can see if there are any responses and whether it should be continued or not,” she continues.

At the CNIO, the team uses these new contrast agents, specific to most tumours, marking tiny antibodies with positron isotopes to make PET (or positron emission tomography) images. In order to create these nanobodies, the researchers use camels living on the island of Gran Canaria, which are the only animals, along with sharks, that can generate them naturally.

The method, which will not involve very high costs, can be applied in any hospital with PET imaging equipment to patients with more metastatic tumours

“We inoculate a tumour protein into a camel, which is capable of developing very special antibodies that are very small (half of a normal one) before that protein, but which have all the immunogenic capacity of a normal antibody. These mini-antibodies, which are extracted from the camels’ blood, help us to see the metastasis later,” says Mulero, for whom the real problem with cancer is the metastasis and not the primary tumour. “It’s very difficult to detect, and when you do get to see it, it is sometimes too late.”

In the laboratory, researchers select the most effective antibodies for that tumour protein, add a marker to them and manipulate them so that they can be humanised, sometimes even by engineering the antibody itself. “This way the patient does not create antibodies from these antibodies. This is actually the vehicle that carries the isotope to the tumour. It knows where it has to go,” the doctor explains to SINC.

But there is still a lot of research to be done before this technique reaches patients. “It won't take long because there have already been a few human trials in other countries. It doesn't really have any side effects, but what we have yet to see is whether they’re effective,” the expert from the Spanish research centre explains.

The method, which will not involve very high costs, can be applied in any hospital with PET imaging equipment to patients with more metastatic tumours such as lung cancer, but also with melanoma or prostate cancer, among others.

The next, recently-funded project of Mulero's team will go beyond the diagnosis of metastasis and proceed to destroy it, changing the isotope that emits a gamma radiation that is detected with the PET equipment to another isotope that gives off beta radiation, which disintegrates.

“This is the one that destroys. It’s what is known as theragnosis [a combination of the words therapy and diagnosis]. In this case we don't take nanobodies, but fragments of antibodies and create two isotopes, the diagnostic isotope to find out where the metastasis is located and the therapeutic isotope to destroy it,” explains Mulero. She explains that this would be like local radiotherapy, which could soon become a reality in human patients. 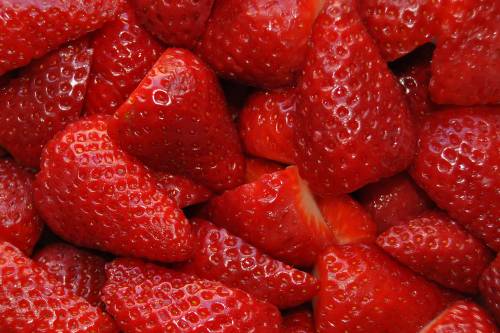 A team of volunteers ate half a kilo of strawberries a day for a month to see whether it altered their blood parameters in any way. At the end of this unusual treatment, their levels of bad cholesterol and triglycerides reduced significantly, according to the analyses conducted by Italian and Spanish scientists. 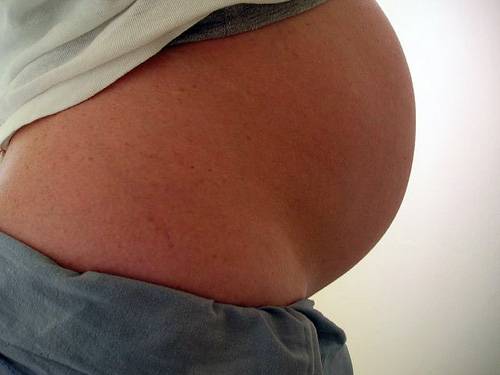 Many women maintain the same rhythm during pregnancy almost up to the birth. However, Spanish researchers warn of the relationship between the mother’s stress during this stage with the obesity of the baby in adult life.