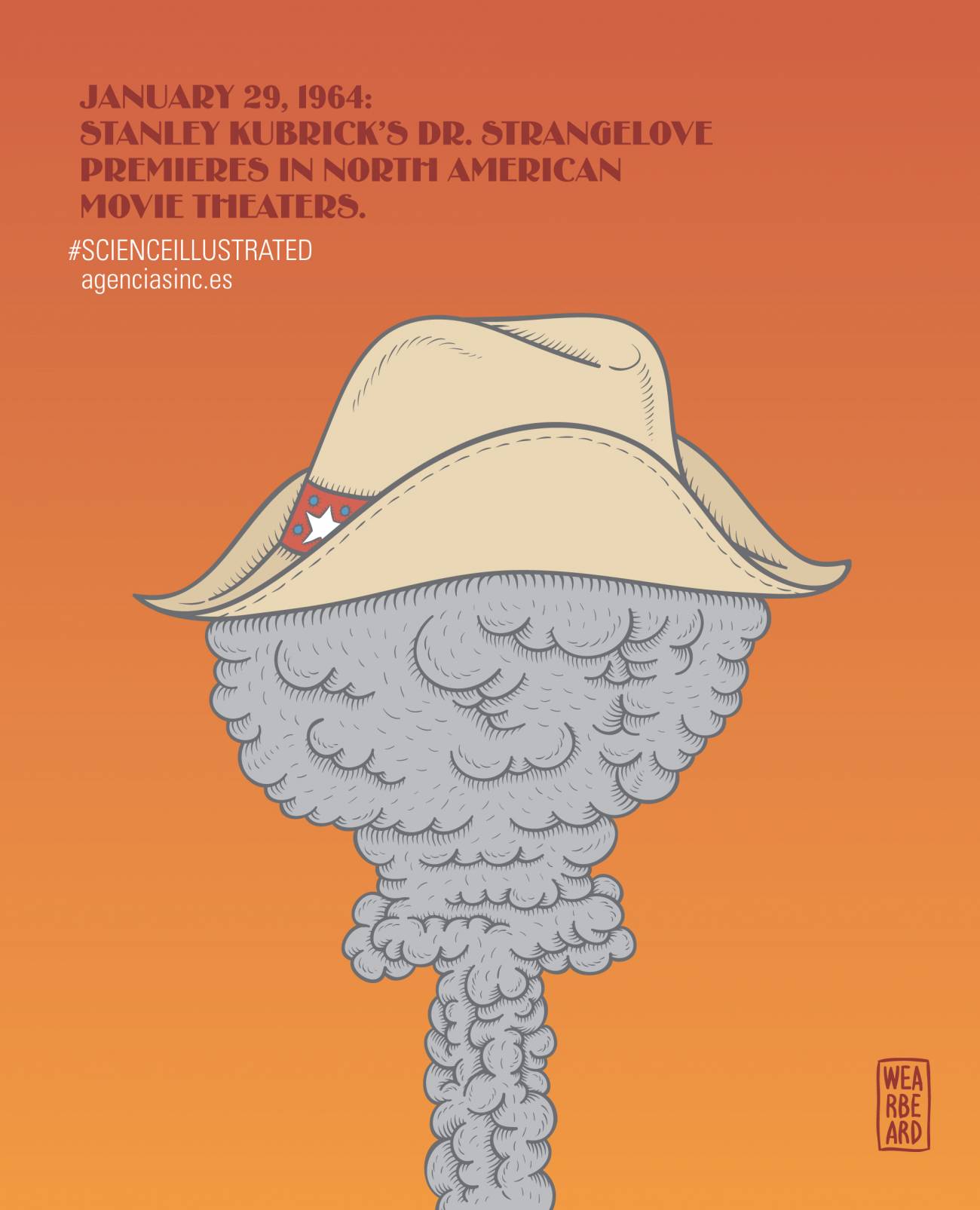 On January 29, 1964, Dr. Strangelove made its U.S. premiere. Stanley Kubrick's black comedy, starring Peter Sellers, played upon the real fears of a world terrified by the prospect of nuclear annihilation.

The film was loosely based on the Cold War thriller Red Alert, written by Peter George, and tells the story of how a group of military and the U.S. president try to stop a nuclear war after a U.S. colonel decides to launch an unauthorized, preemptive nuclear strike against the Soviet Union.

In the other hand, the USSR, according to an adviser of the U.S. president, has a machine called Doomsday, able to destroy humanity forever.

Kubrick masterfully uses the image, the color and the frames to give a feeling of anguish, drama and farce in this fierce critic, black and comical film of the Cold War at a time of global tension after the missile crisis in Cuba .

The bulk of Dr. Strangelove, in which Peter Sellers plays three roles, was nominated for four Academy Awards, and is regarded as a masterpiece in film history. The film is listed at No. 26 on the American Film Institute's "100 Years, 100 Movies."