The first baby through embryo transfer was born 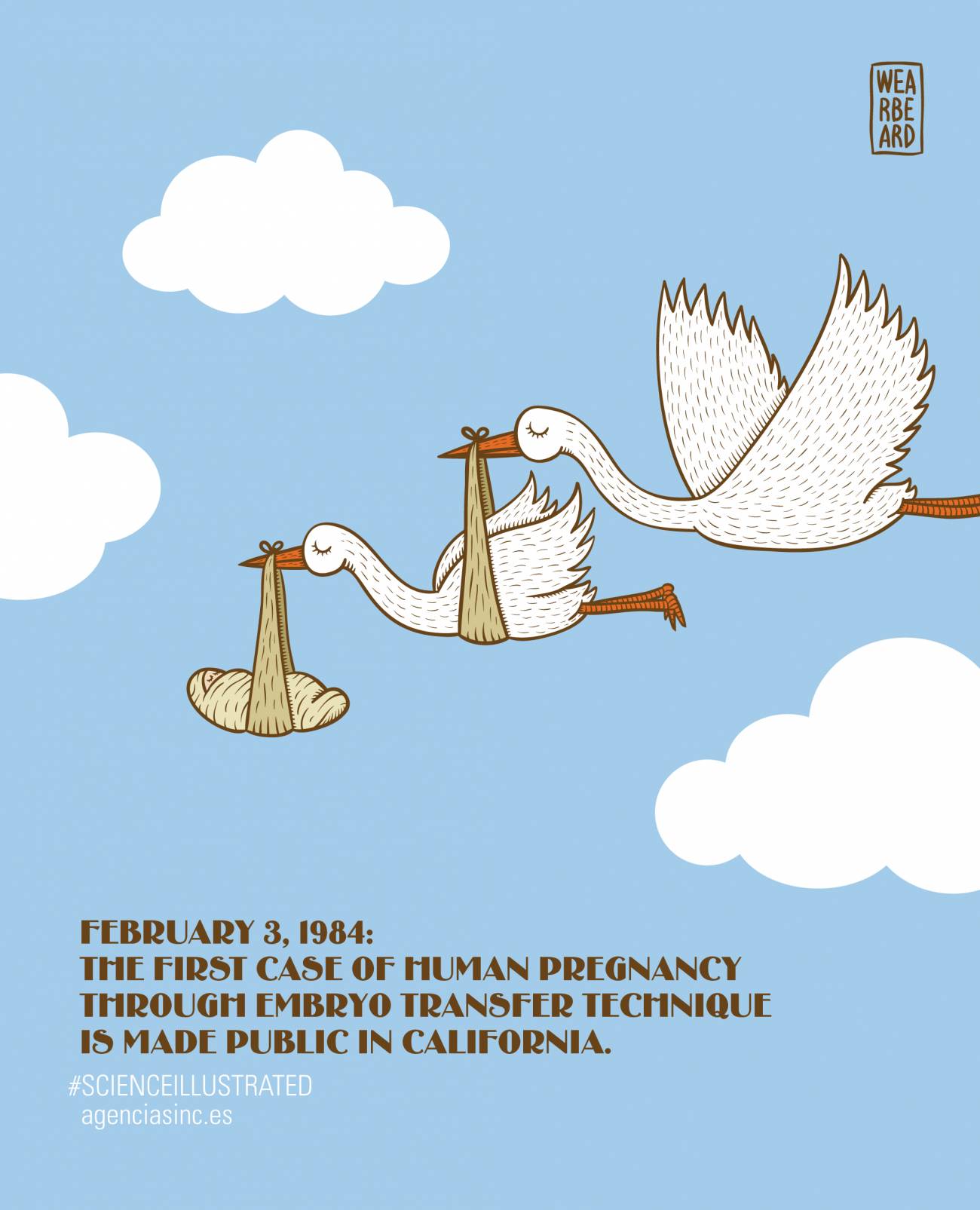 The first baby through embryo transfer was born. / Wearbeard

On February 3, 1984, a team of physicians and researchers from the University of California announced the birth of a child through embryo transfer. This technique was widely used for livestock breeding, but so far had not been performed in humans

In the procedure, an embryo that was just beginning to develop was transferred from one woman in whom it had been conceived by artificial insemination to the uterus of another woman.

Unlike IVF, a technique in what a fertile egg is fertilized in a laboratory and then implanted back into the womb of the mother, embryo transfer requires no surgery or anesthesia.

According to the doctors, 38 weeks after the process was initiated a healthy and beautiful boy was born.

On January of the same year Australian researchers reported the first successful birth with a similar technique in which an egg donated by one woman was fertilized and then implanted in an infertile woman.

However the procedure carried by the Australian team still required fertilization of the egg in a glass dish rather than in the donor's body like the Californian researchers managed to do.