Ciencias Naturales
If you are registered

The acidification of the oceans is recorded in the crystals of the coral skeleton. This is a new tool for studying past environmental changes and combating climate change. Such is the main conclusion of a study led by the Spanish scientist Ismael Coronado Vila, from the Institute of Paleobiology in Warsaw (Poland). 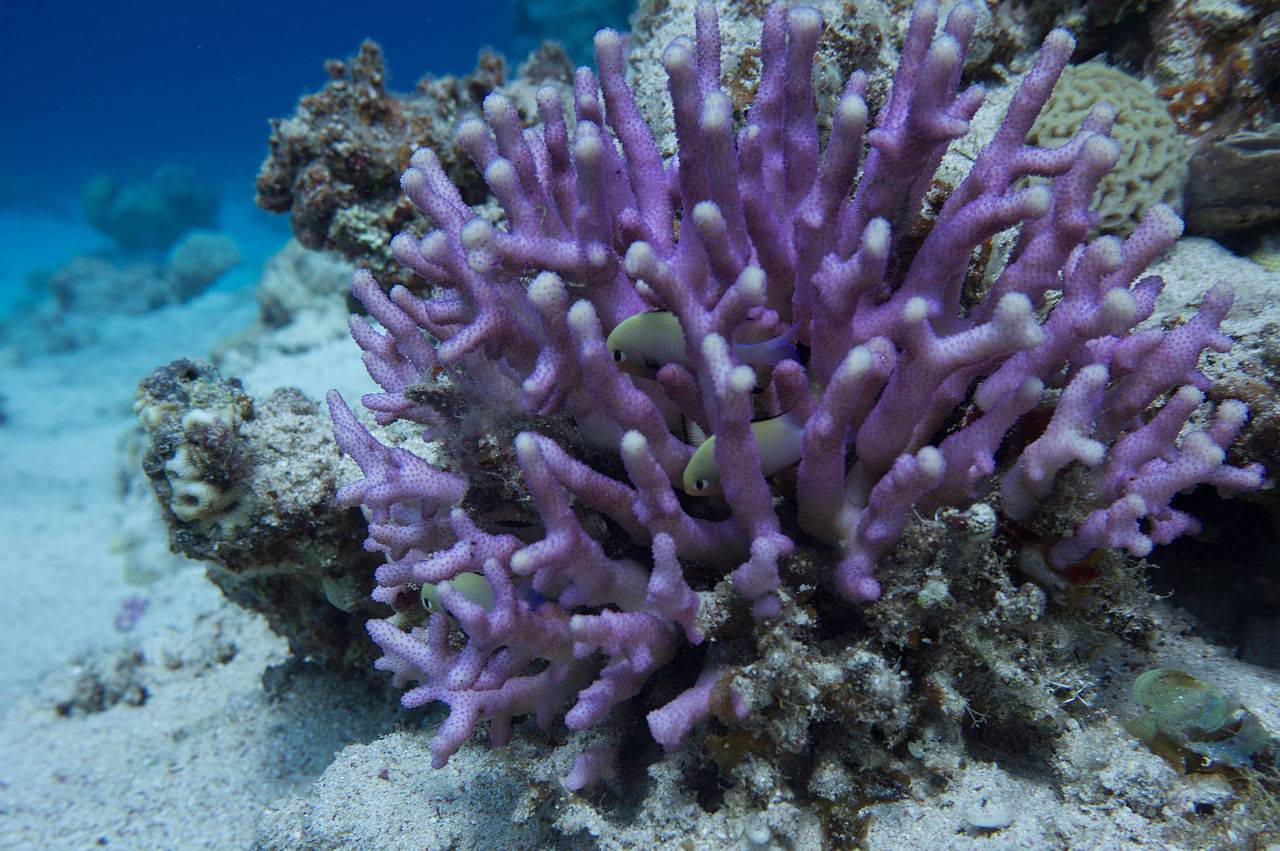 Coral skeletons are composed of (micrometric) crystals of aragonite, a variety of calcium carbonate. Their function within their skeletons is highly varied: it is the support that allows them to grow, provides protection against predators and sometimes helps them to ascend from the ocean floor in order to benefit from the light, as some corals live with symbiotic algae in their interior, which provides them with nutrients.

A study published in the journal Nature Communications shows, for the first time, the relationship between physiological changes caused in corals living in the acidified ocean and changes in the organization of their skeleton on an atomic or crystallographic scale.

“Our research has shown that the reef-forming coral, Stylophora pistillata, records subtle changes in its skeleton at different seawater pHs,” says Ismael Coronado Vila, a scientist at the Institute of Paleobiology of the Polish Academy of Sciences in Warsaw (Poland), who is leading the work together with Jarosław Stolarski.

Thus, coral skeletons formed under ocean acidification conditions (low pH) undergo systematic changes in the arrangement of skeletal crystals and physiological alterations of the coral. “For example, in acidic conditions there is a greater incorporation of organic matrix into the skeleton,” adds the expert.

To complete this study, these scientists incubated coral colonies in aquariums for 14 months at the Inter-University Institute of Marine Sciences in Eilat (Israel) and these were subsequently studied in Spanish laboratories at the Complutense University of Madrid and the Spanish National Research Council, among others.

“The acidic conditions of the experiments simulated everything from the current pH in the Red Sea, where Stylophora lives, to the worst scenarios predicted for the end of the 21st century in our oceans,” continues Coronado Vila.

Tracing the history of acidification in the seas

The accumulation of corals on the seabed is what forms the reefs and these, although they take up a mere 0.2% of the earth's surface, constitute one of the planet's hot spots of diversity, as are tropical rainforests. Many other species of organisms depend on them.

The coral studied, Stylophora pistillata, is one of the best-studied corals in the world and its ancestry spans the past for as long as millions of years. “Which makes it a good candidate for exploring these processes in the fossil record, for example, since the Cenozoic (66 million years ago),” argues the scientist.

These results cannot be extrapolated to all corals in the world as it is known that not all of them respond in the same way to climate change. For the researcher, “it is a first approximation to how these processes affect corals of this type: tropical reef corals.”

However, knowing where and when episodes of ocean acidification occurred in the geological past and how they affected floras and marine faunas (particularly reefs), and therefore terrestrial ones as well, will help to predict the effects the process that our oceans are undergoing will have in the near future.

“Global warming is already affecting and damaging our reefs and not only harms our biosphere, but also our economy; 25% of marine fish depend on them and the losses that are occurring may be irreparable,” warns Coronado Vila.