A region of the brain that extends through both hemispheres, the planum temporale, is larger in the left than in the right hemisphere. The finding was linked in the 1960s with the hosting of language processing in the left hemisphere, but today European researchers show that this asymmetry is not a marker of language lateralization. 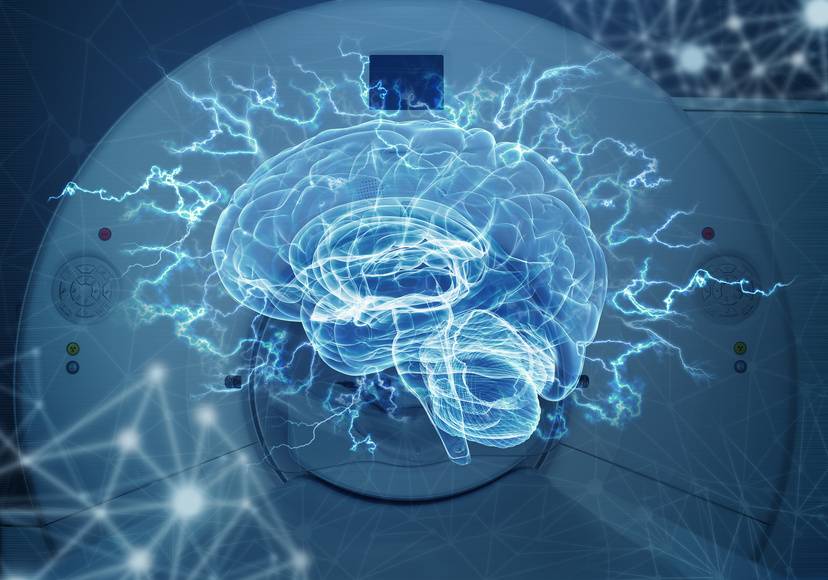 A team of researchers from the European MULTI-LATERAL project has used magnetic resonance imaging to study brain areas in vivo and has refuted the theory of language lateralization. / ©Fotolia

In 1968, when there were no techniques to observe how the brain worked in vivo, the neurologist Norman Geschwind discovered in deceased persons that a region of the temporal lobe, the planum temporale, was larger in the left than in the right hemisphere. As in most of the population, language processing is located in that hemisphere, the neurologist proposed that asymmetry was an indicator of the lateralization of that function.

Almost fifty years later, a team of researchers from the European MULTI-LATERAL project has used magnetic resonance imaging to study brain areas in vivo and has refuted that theory. The anatomical asymmetry of the planum temporale that hosts auditory functions is not a marker of the lateralization in the left hemisphere of language functions.

In the research, published in the Brain Structure & Function journal, 287 adults, right-handed and left-handed, participated. "It is the first study with such a large sample of individuals and includes the entire range of language variability implemented in the brain," explains Nathalie Tzourio-Mazoyer, head of the Neurofunctional Imaging Group at the Institute of Neurodegenerative Diseases of the University of Bordeaux (France) and principal author of the work, to Sinc.

Although in most of the participants the left hemisphere was specialized in language processing, a minority had it inverted and the right side was in charge of these functions.

They all had to perform several tasks while the researchers analyzed their brain activity: describing an image with a sentence and listening to phrases and lists of words. None showed that this region of the left hemisphere was a marker of tasks related to language, but there was a local correlation between the anatomical asymmetry and the functional asymmetry during the auditory processing of speech.

“This study show that the largest leftward asymmetry of the brain is not a marker of the leftward lateralization of language functions in humans,” summarizes the researcher.

The enigmas of language

In the few participants who processed the language with the right hemisphere, the results were the same, not inverted as might be expected, which reinforces the hypothesis of the researchers.

"The results of the study show that the planum temporale does not explain the rare but strong individual variability of the language domain that exists in humans and, therefore, cannot be considered as a marker of language asymmetry at individual level," they stress.

The European MULTI-LATERAL project in which the study is framed tries to give answers to these and other questions related to the lateralization of language, a process that develops up to eleven years.

"MULTI-LATERAL has been in operation for about 18 months and for most of the time, different teams in Spain, France and the Netherlands have been collecting and processing data sets," explains Clyde Francks head of the Human Neurogenetic Group of the Max Planck Institute of Psycholinguistics and project coordinator to Sinc.

The project is a Partnering Project of the Human Brain Project, one of the FET Flagships of Horizon 2020 –the framework program for financing research and innovation in the European Union.