The fatal attraction of foxes to roads

Foxes are one of the main predators of rabbits in Spain, but instead of going to hunt them where they abound, these carnivores prefer roads to find run-over animals or trash. The result is that the foxes themselves are overrun. A team of scientists analyzes the cascading effects that occur on Spanish roads with carnivorous mammals. 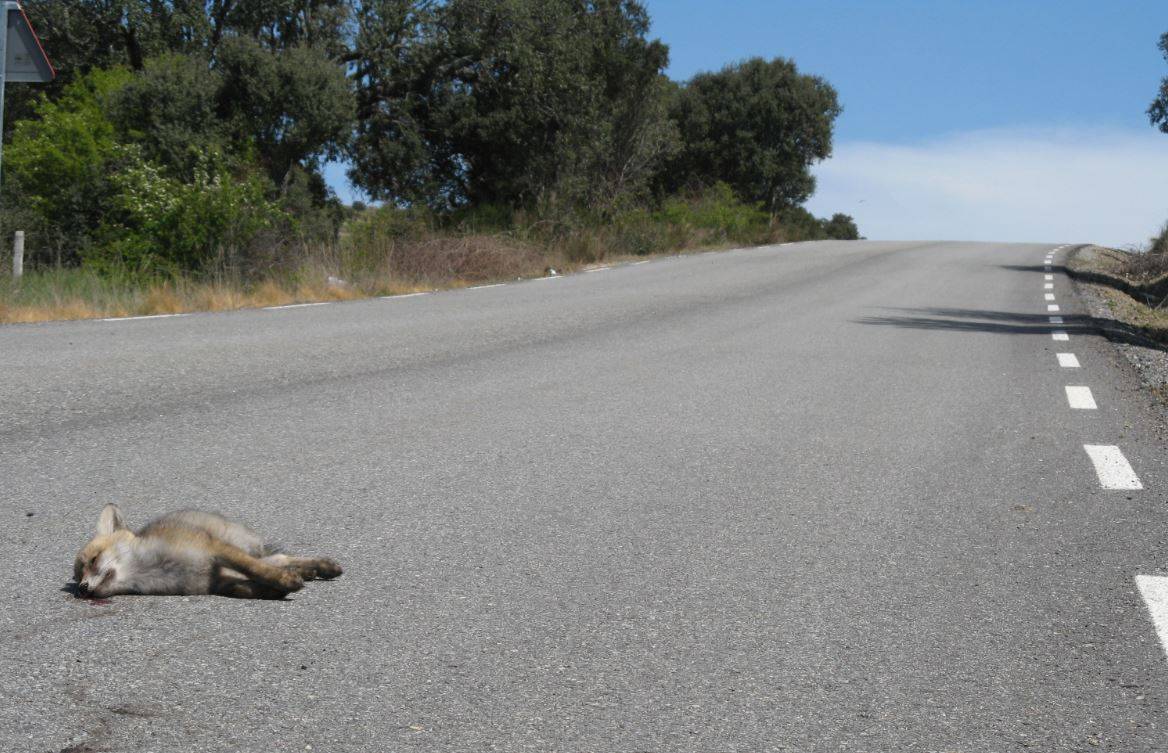 Unlike other carnivores that are attracted to road points with a greater abundance of rabbits, foxes feel a weakness for the asphalt where they find all kinds of carrion or trash, regardless of the number of prey. / Aimara Planillo -TEG UAM

Rabbits abound on the roads´ margins for a simple reason: these human infrastructures become their shelters thanks to the presence of herbs and the width of the shoulders. But if the animals invade the lanes they run the risk of being run over, and not only them, but also the carnivorous mammals attracted to them or their carrion.

A new study, published in the Journal of Wildlife Management, has made it possible to analyze how the abundance of rabbits influences the presence of foxes or badgers at the edges of roads. The research includes the chain of effects that occur when rabbits abound in certain points of the highways and are run over by the circulating vehicles.

"Rabbits are not significantly more abundant along the road than more than 4 kilometers from it, but carnivores do," says Juan Malo, a researcher at the Autonomous University of Madrid, who has conducted research with Cambridge University (United Kingdom), to SINC.

The work highlights the case of foxes, more present near the road than away from it, without the abundance of preys on the edges of the roads influenced their choice. "The foxes, anthropophilic (tolerant to humans), were more abundant in the vicinity of the road than in distant areas of it, but were not associated with those points where there were more rabbits at the margins," Malo adds.

To reach these conclusions, the research team estimated for two years the number of rabbits and land predators in the vicinity of different sections of three highways in the provinces of Ávila and Segovia (AP-61, AP-51, and AP-6), and compiled data on carnivore overruns on these same roads for five years. The results vary among predators. 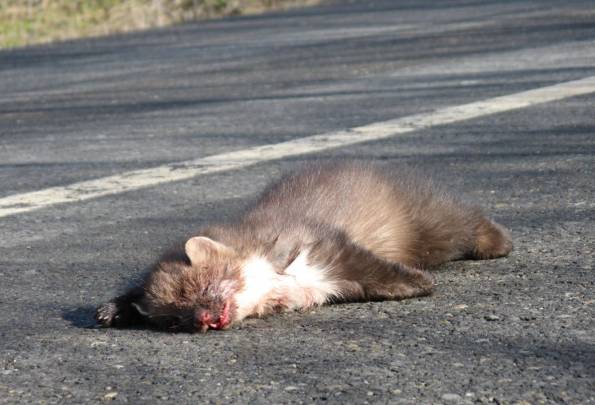 A marten run over on one of the roads analyzed. / Aimara Planillo -TEG UAM

The differences between carnivores

The behavior of foxes is due to its ability to take advantage of garbage or birds´ and other mammals´ carrion, without differentiating areas with more or less rabbits.

"The highway works as a dangerous attraction: individuals approach it in search of resources, but assume the risk of being killed," says the researcher. However, the other carnivores, especially martens and badgers, are only slightly more abundant next to the motorways than away from them, and their local abundance correlates with that of the rabbits.

"The highway works as a dangerous attraction: individuals approach it in search of resources, but assume the risk of being killed," says the researcher

In the case of carnivores that are less tolerant towards humans, with greater preservation problems, such as with Iberian wolves, rats or wild cats, "there is no generic attraction to the road, but there is a specific risk: greater number of overruns where prey is more abundant", the expert emphasizes.

In addition, "in all cases, the number of accidents of carnivores at a point on the highway increases the more abundant they are in their environment," stresses the scientist. The researchers detected a total of 86 carnivores run over in the 6 km section analyzed in each of the three highways.

This study is part of a project of the Research Group in Ecology and Management of Terrestrial Ecosystems of the UAM (TEG-UAM), oriented to the design of the motorways of the future and carried out in collaboration with and financing of motorway concession companies and the Center for Technological and Industrial Development (CDTI).

The conclusions support the need to manage the habitat of road margins to avoid the proliferation of prey such as rabbits or mice that attract predators. "The work also reinforces the interest of keeping the shoulders clean of garbage or carrion that attract the opportunistic carnivores", concludes Malo.