Science of Arts and Letters

The future of Blade Runner is here... or maybe not. Does science fiction foresee the future?

Blade Runner, a cult film released in 1982, is set in Los Angeles in November 2019. The arrival of this date has given much to talk about in terms of the fulfilment of its predictions. To what extent can science fiction anticipate tomorrow? 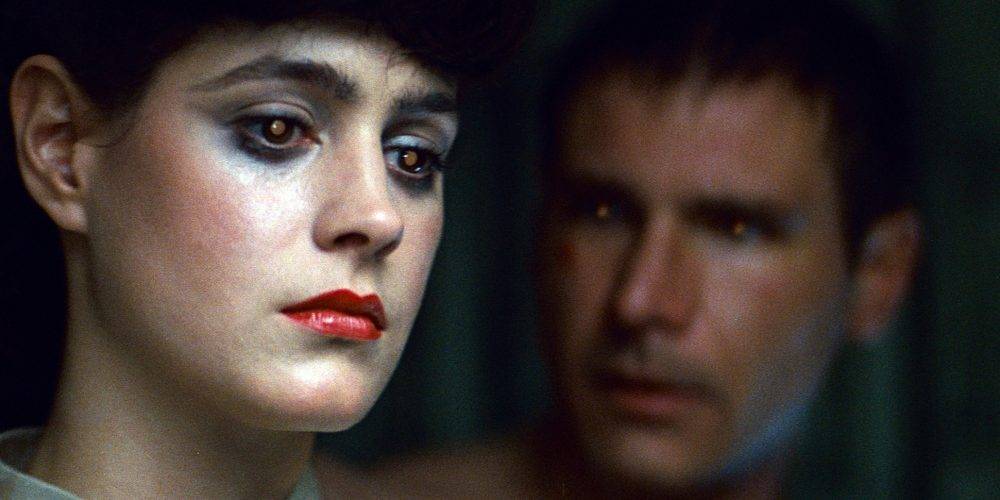 Blade Runner was only partially right because it was taking place too close to the time horizon.

Blade Runner (Ridley Scott, USA, 1982) recounted how, in November 2019, the detective played by Harrison Ford is commissioned to eliminate a gang of murderous androids. The hunt takes place in a polluted, filthy and multicultural Los Angeles, amidst a paraphernalia of gadgets that looked quite futuristic on the day of its premiere.

However, flying cars, ultrafast hair dryers, implantable memories, voice-controlled photo enlargers, space colonies and, ostensibly, undifferentiated human androids have not materialised. And while the climate in Los Angeles has worsened, the ecological crisis is not manifested in the film's torrential rains, but in a rampant drought.

On the other hand, one should point out those developments that were not anticipated: drones, mobile telephony, laptops, the decline of the nuclear industry, the internet...

In short: Blade Runner was only partially right. And one obvious reason is that it was developed in too close a time horizon (some of the pending technologies will need a longer time to become a reality).

It is not the only plot set in the imminent future for which forecasts were not met. The same happened with the deadly pandemic predicted for 1996 in 12 Monkeys (Terry Gilliam, USA, 1995); or with the atomic holocaust dated 1964 in On the Beach (Stanley Kramer, USA, 1959); or with the nuclear war waged in 1966 in The Time Machine (George Pal, USA, 1960).

Refuting celluloid prophecies, those apocalyptic scenarios did not materialize. And, although there is still time left for 2029, the year in which Terminator (James Cameron, USA, 1984) is initially set, it seems very unlikely that in that period of time machines will exterminate humanity as its script foresees.

The key to this reckless handling of chronologies is purely commercial. The closer the scenario in time, the greater the pull on its audiences, or so goes the reasoning of producers.  If this ensures success at the box office, little do they mind being given the lie to for years to come.

Extrapolating does not work

Science fiction is incapable of guessing the turns in the trajectory of a technology, which is why it failed to imagine the personal computer

Dates aside, the truth is that science fiction has rarely been right, if we take its thousands of failed predictions into account. And both successes and failures follow the same predictive pattern: the extrapolation of emerging trends and technologies. Simply put, what the authors do is look at phenomena and findings that can be observed in the present and glimpse their future development.

Jules Verne proceeded in this way when he was inspired by the submersible designed by Robert Fulton in 1800 to imagine the Nautilus of 20,000 Leagues Under the Sea (1871). And the same procedure applies to the incipient astronautics of the films that anticipated the 1969 moon landing in Destination Moon (Irving Pichel, USA, 1950), for example.

But extrapolation is precisely the Achilles’ heel of science fiction. By assuming that a trend will unfailingly follow its current direction, the genre becomes highly vulnerable to the unexpected. Assuming that space exploration would continue at full speed made 2001: A Space Odyssey (Stanley Kubrick, USA, 1969) believe that at the beginning of the 21st century there would be space tourism and moon bases.

Social myopia is striking: its authors found it much easier to imagine cyberspace than the emancipation of women.

Extrapolation will always leave out the unexpected, a serious limitation when it comes to anticipating the course of history, which advances with surprising leaps. The inability to guess the turns in the trajectory of a technology means that science fiction did not imagine the personal computer and instead populated the future with huge electronic brains.

A separate paragraph should be devoted to the genre’s social myopia. Although it may sometimes be right in the technological field, it fails miserably in terms of the evolution of customs. The omnipresent cigarette smoke in Blade Runner does not fit in with the ban on tobacco that prevails today.

Nor is it usually right on the economic front: the major companies visible on Ridley Scott's tape, Pan Am, Atari, RCA or Bell Phones, have either gone bankrupt or been overshadowed.

Its political vision fares no better. One need only see how the advance of liberal democracy disproved the totalitarian forecasts of the novel 1984. Not to mention gender relations: its authors found it much easier to imagine cyberspace than the emancipation of women. See how Blade Runner repeats the stereotypes of the dangerous blonde and the femme fatale, and the cliché of the hero who defeats the villains and gets the pretty girl.

A museum of tomorrow's history

Rather than serving as a crystal ball, science fiction fulfils other functions more effectively and with greater relevance. The first, of a retrospective nature, is to show us how the future was conceived at a certain time, which makes it a museum of the history of tomorrow.

In this sense, Blade Runner tells us about the gloomy expectations at the beginning of the 1980s: corporate dictatorship, omnipresent police surveillance, deteriorating living conditions, social inequality and the commodification of science, a vision that is barely qualified by a desire for reconciliation with technology, as embodied in replicants that are more human than the human characters.

Rather than serving as a crystal ball, science fiction speaks to our expectations about the future and promotes social debates

The second function of this futures factory, the most decisive socially, is to promote debates about the possible horizons in a given situation, instigating the public to take a stand for or against it. This is exemplified by the television film The Day After (Nicholas Meyer, USA, 1983): by showing the horrific consequences of a possible nuclear bombing in Kansas, it upset American public opinion against the warmongering of the Reagan Administration.

Therefore, let us not ask science fiction for accuracy in its scientific prognoses. On the other hand, if anything has been proven over the centuries, it is that the future is extremely unpredictable. Moreover, given the catastrophic tone of most of its premonitions, we find it more sensible to celebrate its mistakes than to lament them.

The most we can hope for - and this is no small thing - is that his works vividly, intelligently and entertainingly capture the eventual derivations of crucial issues of the present, and in this respect Blade Runner more than fulfils this task.