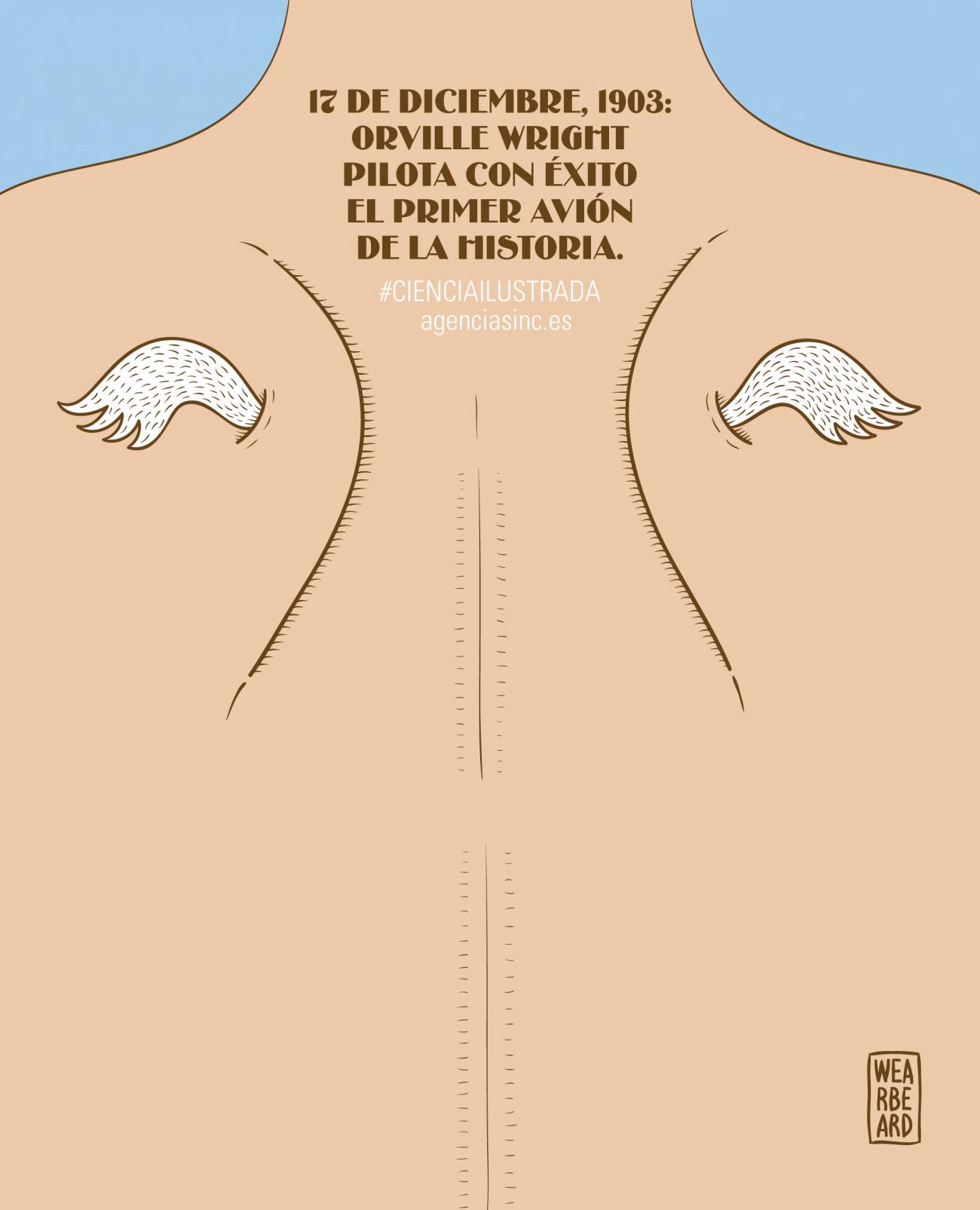 On December 17, 1903, Orville Wright successfully made a flight in a heavier-than-air machine that takes off from level ground under its own power and is controlled during flight. He flies the first airplane.

Before this event there had been several people before them who had already managed to get aloft in some sort of device, including the Wrights brothers themselves. What the Wrights did was put it all together in a way that made the airplane workable.

A lighter-than-air flight was first made in a balloon in 1783. The first time a person ever flew in a heavier-than-air device is largely accepted to be 1849.

An unknown 10-year-old boy is thought to have sat as a passenger on board a glider designed and built by Sir George Cayley, who had been thinking about the challenge of flight for 50 years.

The Englishman’s glider, however, had no controls and no engine, so the boy was indeed just a passenger during the single short hop that Cayley’s glider made that year.

Several other designers created flying machines in Europe and the United States over the next 54 years. Frenchman Clement Ader successfully made the first powered takeoff from level ground in his Eole aircraft in 1890. The 160-foot flight was remarkable, but the Eole, too, had no control surfaces to steer or climb and was incapable of sustained flight.

Otto Lilienthal made numerous glider flights throughout the 1890s using a rigorous scientific method to his design and flight testing. The German pioneer used the movement of the pilot to control his gliders, similar to how hang-glider pilots control their aircraft today.

Lilienthal was the first person to fly a controllable aircraft, but unfortunately experienced a stall during a flight in 1896. The stall — when the air no longer flows freely over the wing, the plane loses lift — led to a crash that severely injured Lilienthal. He died in the hospital the next day.

Orville and Wilbur Wright were brothers living in Dayton, Ohio. The two had started making bicycles during the 1890s and had a successful small business selling their Wright Specials. This experience with building light, strong machines would prove valuable in the coming years after the brothers’ interest turned to flight.

Beginning in 1899, the brothers designed and built a series of gliders to test their various ideas on a flying machine. They constructed a wind tunnel that allowed them to test designs without having to build a full-size model. They even built their own gasoline-powered motor for their aircraft.

In 1903 Orville piloted the first flight of a powered airplane for 37 seconds and twelve meters.