The engineer who protects us from hackers armed with quantum technology

Barcelona-born Carlos Abellán has developed a chip that combines photonic and quantum technology to generate unpredictable codes to protect any connected device. The technology can be used in current and future quantum computers. 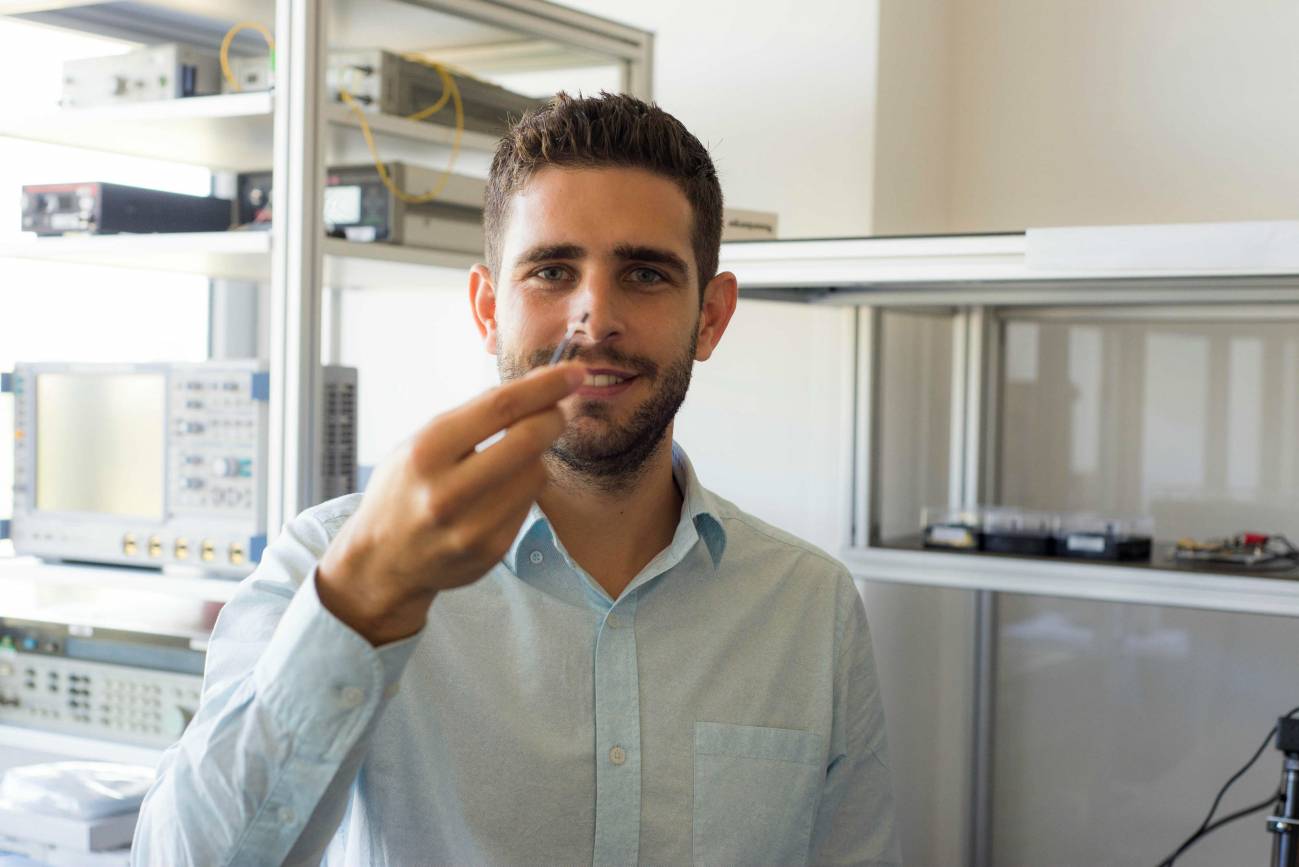 Carlos Abellán (Barcelona, 1990) is the founder and CEO of Quside, a spin-off of the Institute of Photonic Sciences (ICFO). This telecommunications engineer and doctor in Photonics was among those chosen in the latest edition of Innovators Under 35 of the MIT Technology Review in Europe. The award recognizes young people whose work will mark the technological advances of the coming decades.

The field in which Abellán is innovating is that of computer security and communications. Not only regarding current equipment, but also setting his sights on future quantum computers, an area to which large corporations like IBM are strongly committed.

“Current encryption systems are very limited in a world with all kinds of connected devices and with an increasing amount of information stored in the cloud,” the executive comments to Sinc.

“Quside uses the latest photonic integration technologies to design and produce components that generate random numbers capable of producing billions of bits per second,” as Abellán explains. “These devices can be installed on any computer that is connected to the internet to protect its data and communications.”

Secure encryption for today and tomorrow

“The greatest advantage of using a quantum component as the one we offer is that we guarantee that the generated numbers, which are then used to encrypt the information and the transmission, are truly random and therefore unpredictable to any hacker. This ensures that the protection will be secure not only today but also in the future,” he points out.

The devices can be integrated in servers, mobiles, tablets, autonomous cars, intelligent houses, drones... "The business potential is enormous"

The technology is available in the market in the form of a card called Qucard that can be installed in the equipment. The company has also developed a photonic chip, using light instead of electrons, which they have named Qupic and is in prototype phase.

Both devices can be integrated into servers, mobile phones, tablets, autonomous cars, intelligent homes and offices, drones, etc. In general, any equipment connected to the Internet. “The business potential is enormous,” emphasizes the manager.

The company’s customers include manufacturers of devices for data centres and telecommunications companies that use its technology to generate billions of random bits per second to improve the encryption systems in their products. 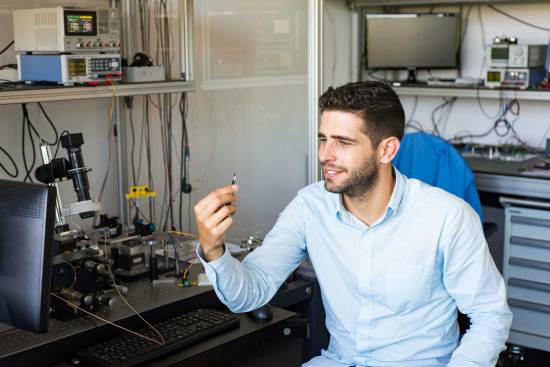 The challenge of quantum computing

Another challenge facing the information and communications security sector is quantum computing.

“Today's cybersecurity algorithms are considered secure because they are too complicated to decipher for a conventional computer. But the enormous power of quantum computers could easily solve them,” notes Abellán.

If today there were a quantum computer with enough qubits, all communications on the Internet would be unprotected. "Our technology would guarantee the security"

If there were now a quantum computer with enough qubits, all communications on the internet would be unprotected. It would therefore be “necessary to integrate and deploy solutions based on products such as ours before the security of our communications collapses to guarantee long-term online security,” he says.

The field in which Quside works is still very much an emerging one and therefore has still few rivals. “There are several offers in the research field. The biggest competitor in the industry is the Swiss company ID Quantique, which has recently signed an agreement with the Korean telecommunications company SK Telekom”, Abellán tresses.

The goal that the company –which currently employs eight people– has set itself is to scale up the technology over the next few years so that its chips can be integrated into all types of devices at an affordable cost.

Quside was created in early 2017 to market the technology developed at ICFO, a leading research centre in the field of photonics. The company continues to collaborate with this institution “to continue investing in basic research as a tool for innovation and the generation of new products,” says the entrepreneur.

Quside is also part of two consortiums within the European Commission's FET Quantum Flagship, a programme with a €1-billion grant for the next ten years that aims to place Europe among the world leaders in quantum technology.

More specifically, the Spanish company is part of the QRANGE project, which focuses on the industrialization of quantum random number generators as a basic element of encryption systems. The company is also working on the CiViQ initiative, which focuses on the development of quantum key distribution systems and is based on a technology known as continuous variables, which is compatible with current telecommunications networks.