Global warming will cause the Iberian Peninsula to suffer more and more water shortages, with serious economic losses. Less snow, less rain and less flow will endanger the continuation of the transfers from one basin to another. A new study on these effects on the transfer between the Tagus-Segura Rivers foresees that by 2070 it will not be possible to transfer water, if the climatic projections prove accurate. 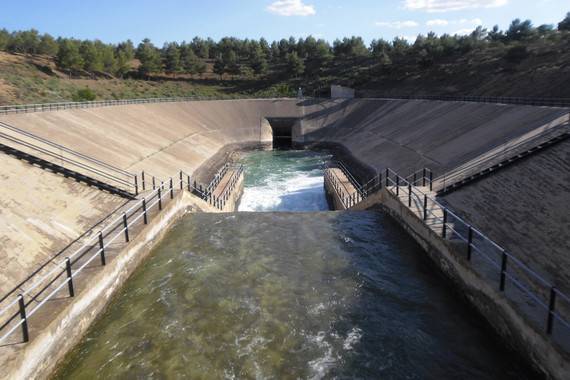 The Segura Basin has been receiving water from the Tagus River thanks to one of the largest engineering hydraulic works in Spain since 1979. Forty years later, the flow transferred is increasingly scarce due to a factor not taken into account at the time of construction: climate change.

Climate projections for the Peninsula are very pessimistic. Scarcer rainfall and rising temperatures will cause major fluvial alterations, especially in rivers that depend on groundwater discharges and thawing. A clear example is the case of the upper Tagus River basin, whose surplus water resources are being transferred to the Segura River, according to the current exploitation rule.

“In recent years, transfers to the Segura River basin from the headwaters of the Tagus have been much lower than planned. Instead of the theoretical 540 hm3/year that should arrive, there have been flows into the Segura river basin with only 365 hm3/year on average," Francisco Pellicer, a researcher at the Catholic University of Murcia, has told Sinc.

In a study published in Hydrology and Earth System Sciences Pellicer and José Miguel Martínez Paz, professor at the University of Murcia, have analysed the possible effects of climate change on the Tagus-Segura transfer, one of the most important in southern Europe. The research team compared one scenario without climate change with two other scenarios of the Intergovernmental Panel on Climate Change (IPCC).

“In a climate change scenario, from 2040 onwards, the periods of drought in which there would be no transfers would intensify. In the other scenario, the situation would be even more critical after 2070, since no transfer could take place,” warns Pellicer, lead author of the paper, which has received support from the Seneca Foundation-Agencia de Ciencia y Tecnología de la Región de Murcia (Murcia Region Science & Technology Foundation). 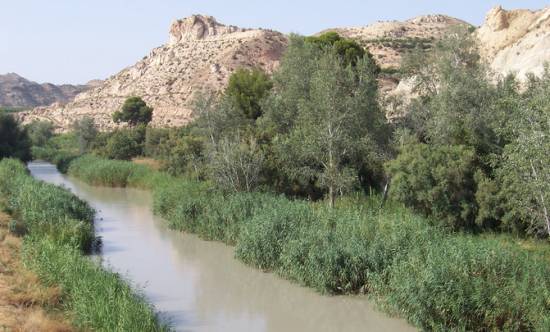 To understand possible alterations in the water cycle, experts simulated climate projections and calibrated a hydrological model. Predictions indicate future reductions of between 68% and 90% in snowfall and snow cover, and a decrease of between 70% and 79% in water flows that could be transferred to the Segura River basin, compared to a scenario without climate change.

Climate change would generated direct economic losses of between €380 million and €425 million/year and destroyed some 7,000 direct jobs

The future of the transfer

“The modelling we have carried out is a still photo of the current management, in which we have modified future water resources assuming that climate change projections become true. However, water management is a process that is constantly evolving,” Pellicer has said to Sinc.

Given the climate change forecasts, experts suggest that the necessary measures be adopted, such as revising the exploitation rules of the transfer - established by Spanish legislation - to anticipate possible supply problems.

Otherwise, the Segura River basin, which will suffer a decrease in its own water resources, also due to climate change, could find itself without resources coming from the Tagus River. “But it is difficult to predict exactly what the future situation of the Segura River basin is going to be like,” the scientist points out.

What the researchers have been able to estimate is the economic impact of climate change on the transfer, which would fundamentally affect the agricultural sector of the Segura River basin. According to the researchers, direct economic losses of between €380 million and €425 million/year would be generated and some 7,000 direct jobs would be destroyed.

This situation would occur if no significant changes were made to the structure of water uses in the Segura River basin, and if the available water resources were not increased through desalination or transfers from other basins.

In addition, climate change will also have an impact on the environment in both basins. The expected alteration of water flows will have a negative impact on river ecosystems and associated riparian forests.