Fear of visiting the dentist is a frequent problem in paediatric dentistry. A new study confirms the emotional transmission of dentist fear among family members and analyses the different roles that mothers and fathers might play. 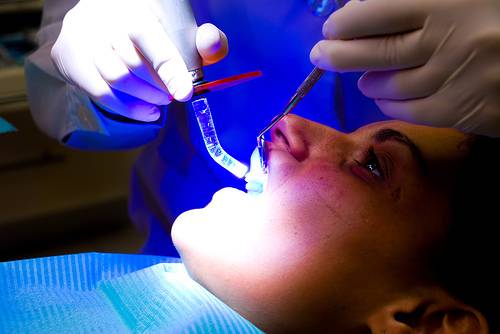 A new study conducted by scientists at the Rey Juan Carlos University of Madrid highlights the important role that parents play in the transmission of dentist fear in their family.

Previous studies had already identified the association between the fear levels of parents and their children, but they never explored the different roles that the father and the mother play in this phenomenon.

América Lara Sacido, one of the authors of the study explains that “along with the presence of emotional transmission of dentist fear amongst family members, we have identified the relevant role that fathers play in transmission of this phobia in comparison to the mother.”

Published in the “International Journal of Paediatric Dentistry”, the study analysed 183 children between 7 and 12 years and their parents in the Autonomous Community of Madrid. The results were in line with previous studies which found that fear levels amongst fathers, mothers and children are interlinked.

A key factor: the father

“Although the results should be interpreted with due caution, children seem to mainly pay attention to the emotional reactions of the fathers when deciding if situations at the dentist are potentially stressful,” states Lara Sacido.

Consequently, transmission of fear from the mother to the child, whether it be an increase or reduction of anxiety, could be influenced by the reactions that the father displays in the dentist.

Amongst the possible implications of these results, the authors outline the two most salient: the need to involve mothers and especially fathers in dentist fear prevention campaigns; and to make fathers to attend the dentist and display no signs of fear or anxiety.

“With regard to assistance in the dental clinic, the work with parents is key. They should appear relaxed as a way of directly ensuring that the child is relaxed too,” notes the author. “Through the positive emotional contagion route in the family, the right attitude can be achieved in the child so that attending the dentist is not a problem,” she concludes.