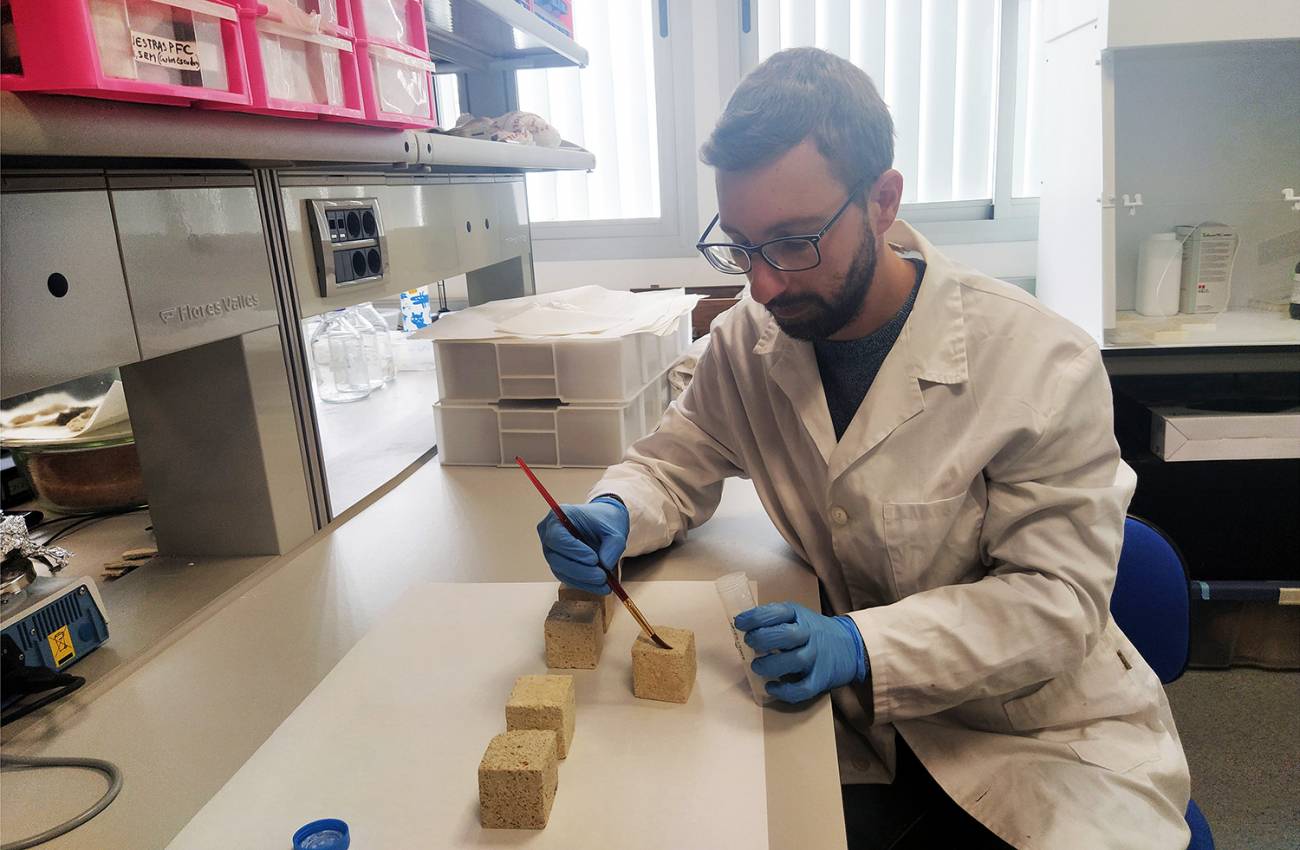 One of the main problems in the preservation of historic buildings is the loss of cohesion of their building materials. Restorers use consolidating substances to make them more resistant, such as lime (calcium hydroxide), which has long been used because of its great durability and high compatibility with the carbonate stone substrate.

Now, researchers at Pablo de Olavide University, in Seville, have developed and patented calcium hydroxide nanoparticles doped with quantum dots that are more effective as consolidant and make it possible to distinguish the restored from the original material, as it is recommended for the conservation and restoration of historical heritage. Details are published in the Construction and Building Materials journal.

“The tiny quantum dots, which are smaller than 10 nanometres, are made of zinc oxide and are semiconductors, which gives them very interesting properties (different from those of larger particles due to quantum mechanics), such as fluorescence, which is the one we use,” explains Javier Becerra, one of the authors.

“Thanks to the fluorescence of these quantum dots, we can evaluate the suitability of the treatment for a monument,” he adds. “We only need to illuminate with ultraviolet light a cross-section of the treated material to determine how far the consolidating matter has penetrated.”

Calcium hydroxide nanoparticles doped with zinc oxide quantum dots (tiny white spheres). By treating the limestone samples with this material, the ultraviolet radiation can detect the penetration of the treatment (yellowish) into the stone. On the right, the Seville City Hall. / José María Martín/Javier Becerra.

In addition, the product, which the authors have named Nanorepair UV, acts as a consolidant due to the presence of the lime nanoparticles. Consolidation is a procedure that increases the degree of cohesion of a material, reinforcing and hardening the parts that have suffered some deterioration, which is frequent in historical buildings.

The researchers have successfully applied their technique to samples collected in the historic quarries of El Puerto de Santa María and Espera (Cadiz), from where the stone used to build such iconic monuments as Seville Cathedral, a World Heritage Site since 1987, or the town’s city hall, was extracted.

“In the laboratory, we thus obtain an approximation of how the treatment will behave when it is actually applied to the monuments,” says Becerra, who together with the rest of the team, is currently also testing mortars from the Italica and Medina Azahara archaeological sites. 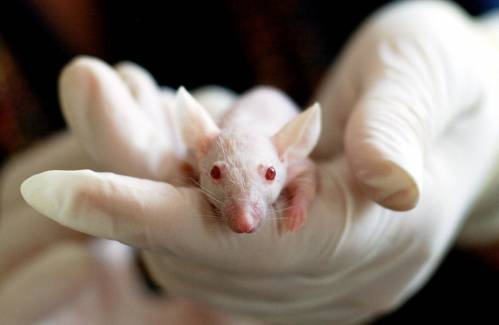 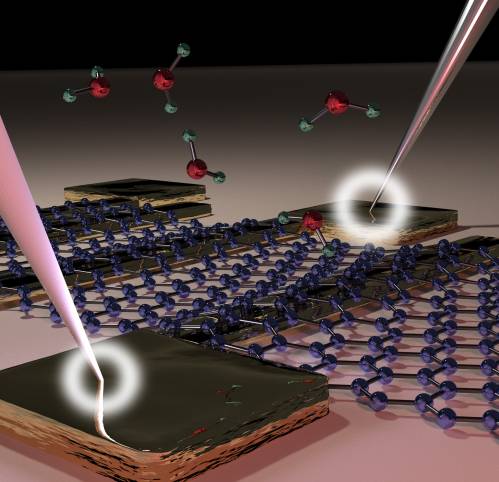 Water molecules distort the electrical resistance of graphene, but now a team of European researchers has discovered that when this two-dimensional material is integrated with the metal of a circuit, contact resistance is not impaired by humidity. This finding will help to develop new sensors –the interface between circuits and the real world– with a significant cost reduction.