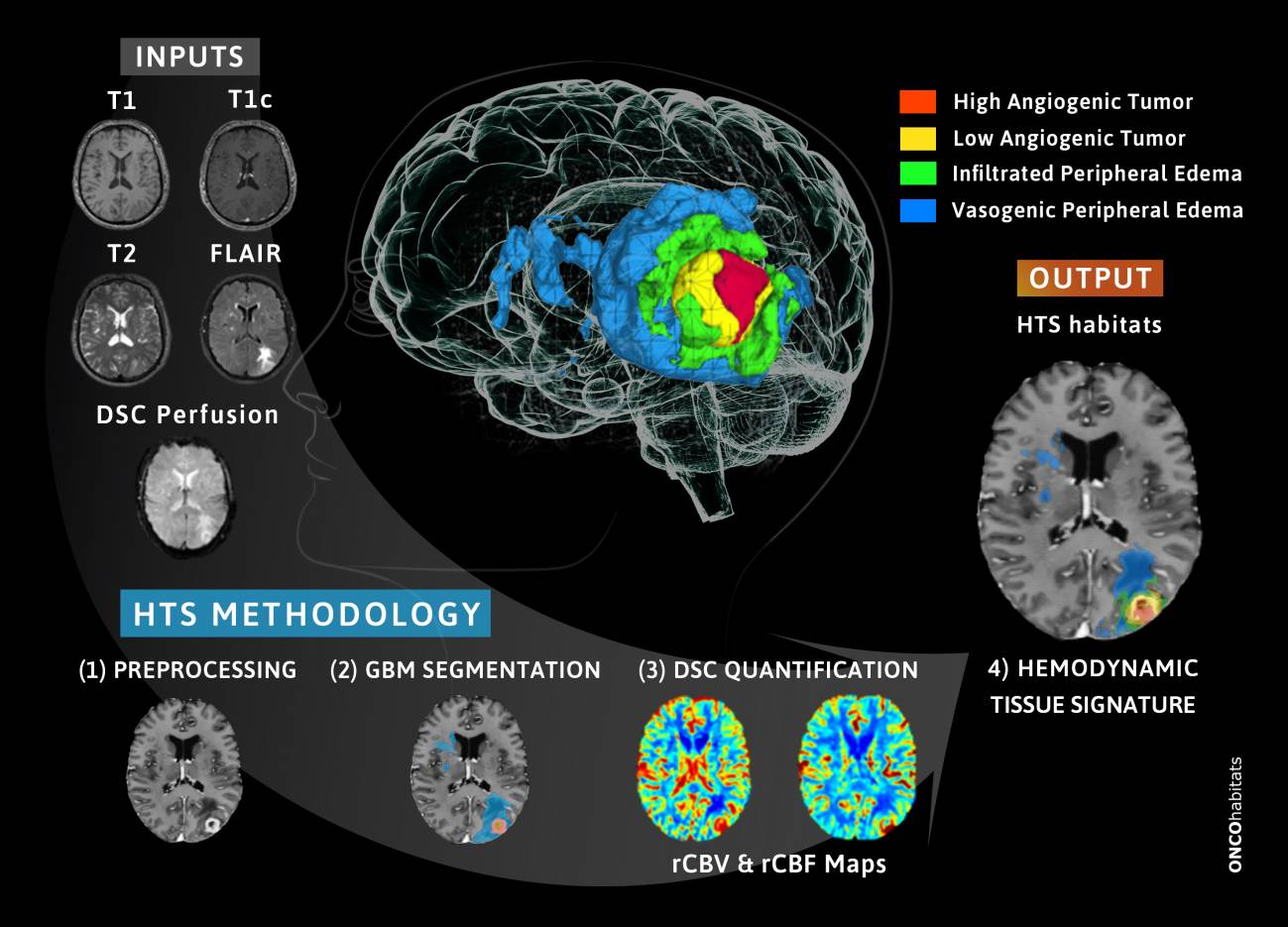 Glioblastoma (GBM) is the most aggressive brain tumor in adults. Now, it can be treated with neurosurgery, radiotherapy and chemotherapy. Still, the median life expectancy of patients affected with this pathology is no longer than 15 months.

Within this context, researchers at the Universitat Politècnica de València (UPV) have been working for 15 years in new biomedical tools that can help to the follow-up of this tumor. The last of them is ONCOHabitats, a platform that allows medical doctors to know the patient’s real situation with greater precision according to the vascularity of different areas of the tumor.

“These results consolidate the effort of almost 15 years working in this field. The potential application of this tool has been now validated by seven European hospitals with the first multicenter clinical study promoted by the Universitat Politècnica de València,” says Juan Miguel García-Gómez, coordinator of the Biomedical Data Science Lab-ITACA of UPV.

The methodology developed by the team of UPV researchers helps to discover new areas in the tumor and makes the monitoring of the patient’s evolution easier, thanks to new biomarkers. The key lies in the analysis of five types of Magnetic Resonance Images – four morphological MRIs and one perfusion MRI.

According to the researchers at UPV’s Biomedical Data Science Lab-ITACA, from these Magnetic Resonance Images and our methodology, it is possible to establish separated areas inside the tumor and the edema. From them, ONCOHabitats allows medical doctors to obtain vascular biomarkers—brain blood volume—in the areas of the active tumor and Infiltrated Peripheral Edema that are directly linked to the patients' survival, before they undergo surgery.

Until now, most studies have focused on studying the active tumor. However, we have found a new area of great interest, the Infiltrated Peripheral Edema. We have seen that the biomarkers obtained in this area provide very relevant information on the aggressiveness of the tumor and therefore, on the prognosis and follow-up of the patient.

Within the study, researchers worked with 184 patients' MRIs from the seven centers that took part. The study has proved the robustness of calculating biomarkers using the methodology developed by UPV compared to the variability of applying Magnetic Resonance Images acquisition protocols.

“We have proved in seven hospitals that our methodology is reliable and robust, independently of the variations that can appear when acquiring and processing MRIs and, ultimately, obtaining the biomarkers. These results endorse its viability for the implantation in the clinical practice; the next step is to biologically characterize what it is discovered in the image, and we are already working on it," explains María del Mar Álvarez-Torres, researcher at the Biomedical Data Science Lab-ITACA of the Universitat Politècnica de València.

As a result of this study, the team of the Biomedical Data Science Lab-ITACA of the Universitat Politècnica de València was selected to represent Spain in the European net GliMR Cost Action for studying glial tumors using MRI. “In addition to clinical doctors, ONCOhabitats can be highly useful for researchers studying glial tumors with other Magnetic Resonance sequences," concludes Juan Miguel García-Gómez. 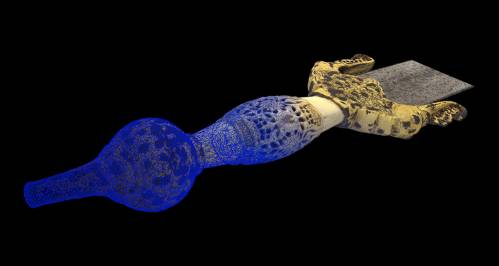