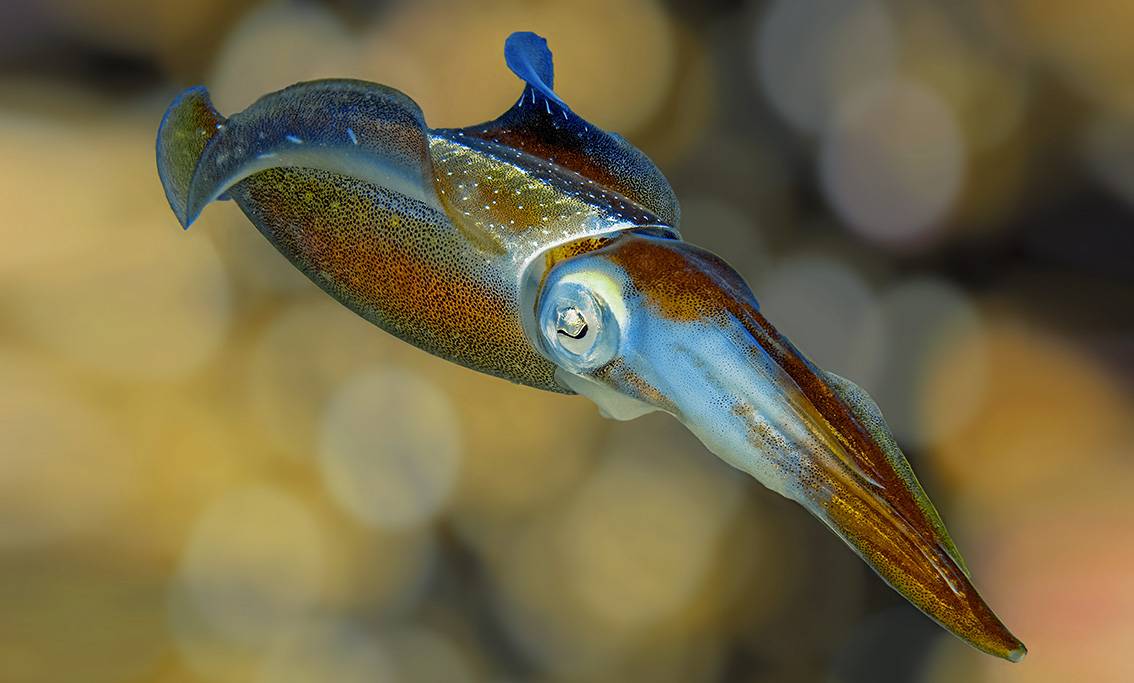 One of the squid’s best-known characteristics is its ability to change its colour to blend in with the environment, which it does by contracting or relaxing skin cells known as chromatophores.

Now, scientists at the Miguel Hernandez University in Elche and the University of Sonora in Mexico have discovered that these cells contain a type of violet pigment, called ommochrome, which has antimicrobial, antioxidant and antimutagenic properties.

“When we add extracts of these squid pigments to bacterial cultures like Listeria monocytogenes, Salmonella enterica, Staphylococcus aureus or Haemophilus influenzae, or to fungi like Candida albicans, the growth of microorganisms is inhibited,” says Jesús Enrique Chan, a researcher at the two universities and co-author of the study.

“Moreover,” he adds, "ommochromes act as antioxidants, binding or ‘sequestering’ metals and eliminating such radicals as an active oxygen called singlet and superoxide anions. We’ve identified the best temperature, time and proportion conditions with solvents so as to obtain its greater antioxidant and antimicrobial activity, as well as its antimutagenic capacity against agents such as aflatoxin B1 (a mutagenic mycotoxin).”

The study, published in the Journal of Microbiology, Biotechnology and Food Sciences, concludes that cephalopod ommochromes are the components responsible for all these beneficial properties and highlights: “They are pigments with a promising therapeutic value, which could be applied in future in both the food and health sectors.” 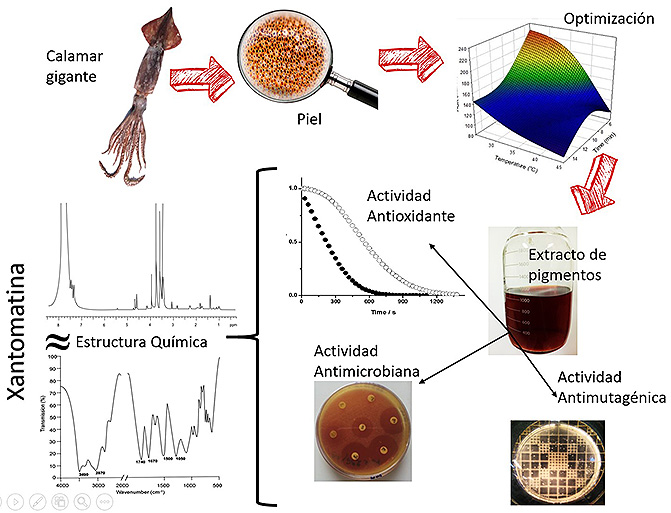 Diagram with the stages of the study. The main ommochrome identified in squid skin is xanthommatin / Chan-Higuera et al.

In order to carry out their research, the authors have used samples of the giant squid (Dosidicus gigas), a species that is caught on the Pacific coast of America and which is mainly used for its mantle and tentacles. The rest, including its skin, is regarded as fishing waste and dumped into the sea.

“This generates pollution problems in the coasts,” says Chan, “so research like this, in which we inform about how these wastes could be used, helps to revalue them and minimise their dumping into the environment.”

The main ommochrome identified by scientists is xanthommatin, a pigment found in other common squid (Loligo vulgaris, Doryteuthis pealeii...), cuttlefish (Seppia officinalis) octopus (Octopus vulgaris) and other invertebrate species, from which this beneficial compound could also be extracted.

For their study, the researchers have used the giant squid (Dosidicus gigas), a species that is caught on the Pacific coast of America and which is mainly used for its mantle and tentacles. / Josafat Marina Ezquerra-Brauer. 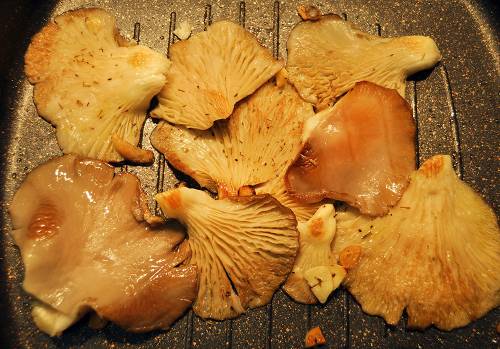