"Palm oil rests on the bones of orangutans”

When Biruté Galdikas arrived to settle in the jungles of Indonesia almost 50 years ago, there was hardly any information about Borneo, let alone about its loneliest inhabitants: the orangutans. Today she is the world's foremost expert on orangutan behaviour and, at 73, still continues with the on-site study and defence of the conservation of this endangered species. 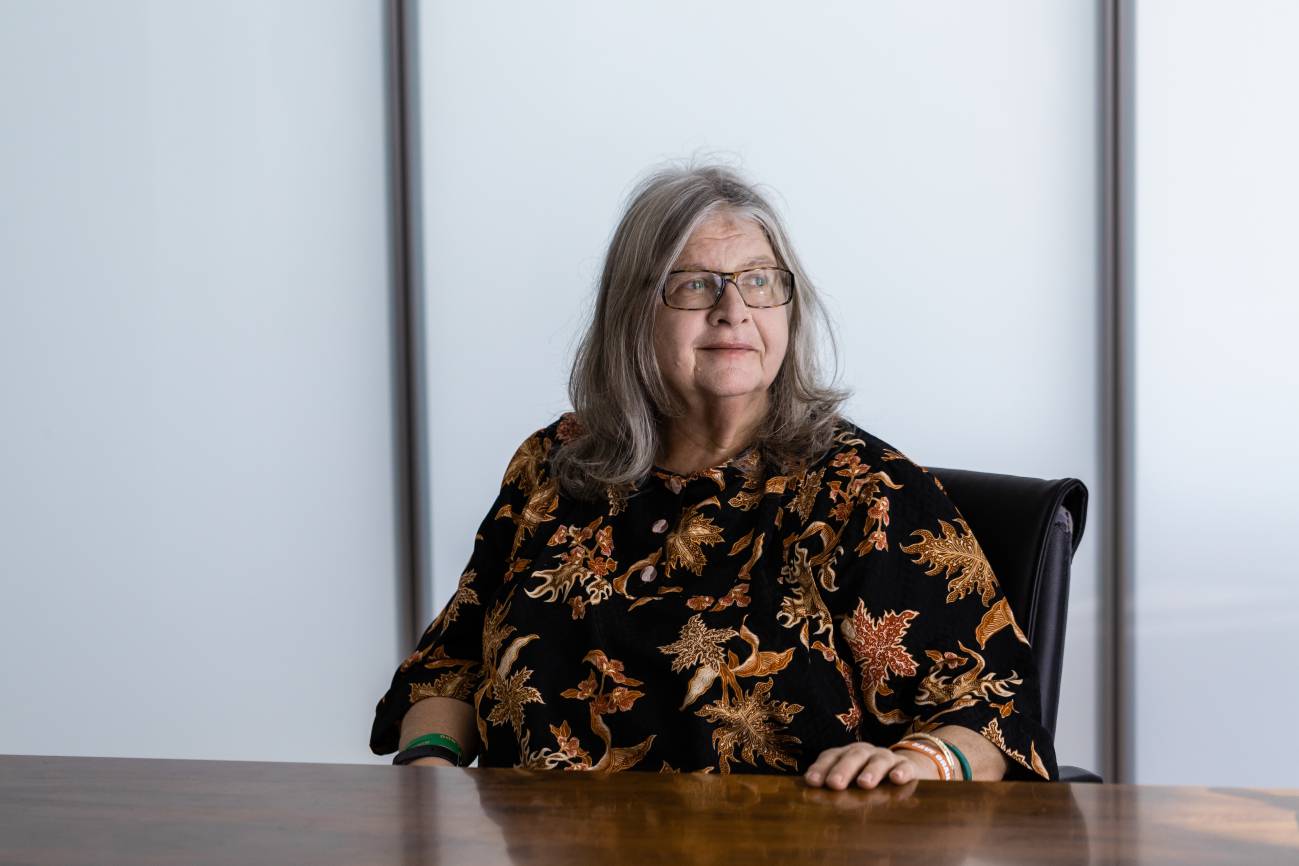 Biruté Galdikas (Wiesbaden, Germany, 1946) says that orangutans are solitary, do not need human beings and are not interested in us. However, if you get one to look you in the eye, “you will remember that look for the rest of your life.” The primatologist, who recently visited Spain to open the VII Congress of Social Communication of Science in Burgos, is, along with her “sisters” - as she refers to the primatologists Jane Goodall and Dian Fossey - one of the disciples of the paleoanthropologist Louis Leakey, which is why they are known as “Leakey’s angels.”

Before Galdikas settled in Borneo to study orangutans (as Goodall did with chimpanzees and Fossey with gorillas), humans had been speculating about the behaviour of these solitary primates from the most absolute ignorance.

My daily work is very different from one day to the other. At first, and perhaps for the first twenty years, I would go into the forest almost every day and look for wild orangutans. When I found them, I followed them. Seeing that more and more orangutans were becoming orphans, we created a conservation program. Then we started building camps. At the beginning, almost 50 years ago, we only had two, very simple ones.

How many people worked in these fields?

We had three assistants: the cook and two others who left to earn more money. Only one couple remained behind, with their eight children, but the children didn't count [laughs]. Then, over the years, the number of attendees grew because we needed people to climb trees to collect botanical samples. That's how we started hiring Dayaks, the Borneo Aboriginal people.

How did the local people behave towards orangutans?

There wasn't really much of a relationship with the people in our area. There may have been more with other Dayaks, but in our region they sometimes hunted and ate them. It wasn't taboo to kill orangutans, although it was to kill long-tailed macaques. But they didn't go to the forest to look for orangutans, but wild pigs. They hunted all day and if they saw an orangutan on a tree they could kill it. Even my husband, who is a Dayak, ate their meat as a child and a teenager, although he never killed one himself. In these native villages, people shared hunting with other villagers or members of their families and clan.

When it became a tourist destination, what consequences did that bring about?

When I first arrived, there were no tourists. The first one to visit us was a 14-year-old girl from Jakarta, who had a spirit of adventure. The second visitor wasn’t really a tourist but Barbara Harrison, the wife of the curator of the Sarawak State Museum. In 1960 Harrison wrote a book on the behaviour of orangutans, one of the few writings available at the time about the species. He had rehabilitated some orangutans and researched them in nature. He had a measure of arguably scientific experience with orangutans.

I had met her before going to Borneo. I was teaching at Cornell University in Ithaca. I went to see her and stayed with her for almost a week. She gave me a lot of practical advice on what it was like to live in Borneo and what to observe. It was very helpful to me because when I travelled to Borneo in 1971, practically nothing had been written since 1860 or 1870. It was as if you were going to visit Arizona and all you could find was information about the Apache wars.

“if humans were not to cut down a single tree more, one third of the orangutan populations would disappear just because of climate change. ”

Everything I had read was about headhunters and I wasn't that far from that when I arrived. I went to villages where they had totems that had been erected to celebrate this tribal headhunt. I remember asking a village chief when one of those totems first appeared and it had been there since 1939.

Your team has set up fifteen camps, three of which can be visited. What is the profile of the tourists who go there?

It's interesting that you should ask that question because most of those who come to our camps in the national park are Spanish. They say it's an incredible experience they can't have anywhere else in the world.

You have devoted your whole life to the study of orangutans. Do we still have much to know about their biology and behaviour?

In addition, they live in a different universe from ours, in tree-tops. Their life depends on their ability to discover and understand where the fruit is. That is why it is very difficult for humans to evaluate abilities of this kind. The same goes for dolphins, which are not particularly visual. Their brains are dedicated to hearing and they navigate the world using echolocation. It is very difficult to measure their intelligence. 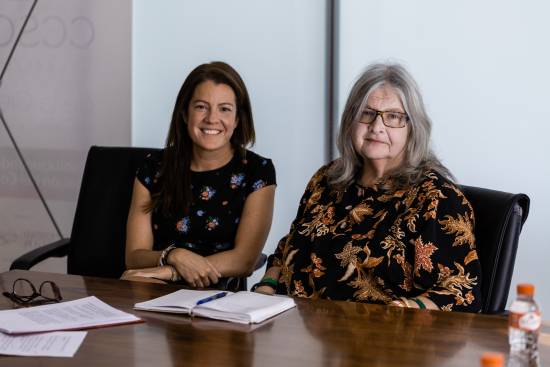 Orangutans offer the additional problem of being quite elusive...

They are solitary animals in nature when they are adults. It is a thoroughly self-reliant creature, which is why it develops a different type of intelligence from ours, as we are intensely social.

What future awaits orangutans with the climate crisis we are experiencing?

I read a report made by several experts and came to the conclusion that even if humans were not to cut down a single tree more, one third of the orangutan populations would disappear just because of climate change. The phenology of the rainforest is changing, fruiting patterns are altering and climate change will disturb them as much as it will disturb humans.

What do you think about considering them as “non-human persons”, as happened with Sandra, who was released from a zoo in Buenos Aires to be transferred to a sanctuary?

I'm all for it. I am Honorary President of the Great Apes Project. Her fame is one of the reasons why I agreed to come to Spain.

What do you think of zoos?

I think they are somewhat anachronistic. I’m against them. I'm also aware that in a realistic world you just can’t open the doors and have all rules about animals change, but I don't agree with the idea of keeping animals in captivity.

This year the fires have drawn attention to the deforestation of the Amazon, but in Indonesia it is also a drama.

It is a tragedy. We’ve been altering forests and nature for years. It’s not a political problem, it’s because of the way the world is built. Global industrialization has disconnected us from nature and the process has intensified with the passing centuries.

We have an industrial agriculture from which we all get our food and that is what is destroying nature. We use fossil fuels and have an economic system that connects us all. But what we are doing is destroying the Earth. The balance between people and nature is being destroyed. The fires in Indonesia, in the Amazon and in Siberia are symptoms of this.

And what about the palm oil plantations?

They are annihilating the forests. And who manages these plantations? International conglomerates. Obviously, Indonesian billionaires are also involved. I've been in contact with one of these companies; once you get to know the people who run them, they're just like you and me, but their only purpose is to make their companies profitable. The plantations started here, but now they are also in Papua New Guinea and even in Africa. This whole economic system is destroying the forests. They just want to make money.

How can you convince people to change these unsustainable economic expectations, to learn to be ‘poorer’?

It's not a matter of poverty. The palm oil workers on those plantations in Indonesia may be a little more economically secure, but they’re still poor. That is, they have bicycles, motorcycles and large satellite dishes, but are they happier? That’s the question to be raised.

Are there defenders of palm oil?

I have criticized palm oil and in social networks I respond to people who say that palm oil could be sustainable. My answer to this is: “How can something that is founded on the bones of orangutans and the ashes of forests be sustainable?” Palm oil and logging states are responsible for orangutans being currently on the verge of extinction in the wild.

“We can't change political systems, but we can do activism and vote, vote and vote”

What can we do to stop this?

Could it be achieved through activism?

Activism and voting, voting and voting. In the U.S. Donald Trump was elected president, but there was a reaction and the Democratic Party came in and took over Congress. I'm not an American, but my foundation is based there and I also went to college in America. Prior to 2019, no president or candidate, no matter who it was, would talk about climate change. And what happened? Fires in the Amazon, in Indonesia, in Alaska and large floods in the Mississippi River.

Then suddenly the Democratic presidential candidates said it was because of global warming. Now, in this party's primary election debates, everyone is talking about climate change policies. This has happened in a year because of those floods in the Midwest.

So, it's a political and industrial problem.

Yes, she says: how dare you do this to the next generations? There is an awakening, it’s something that has to happen. 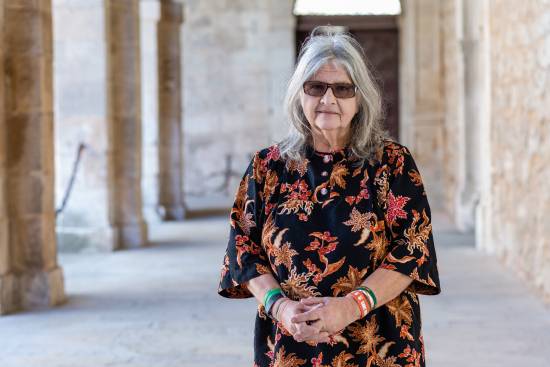