A new species of Canarian beetle has been discovered

Miguel A. Alonso Zarazaga, a researcher from the Spanish National Museum of Natural Sciences has discovered a new genus of Coleoptera on the Canary Islands, which he has named Moreiba. These beetles are members of the weevil family, a group that causes severe damage to crops. 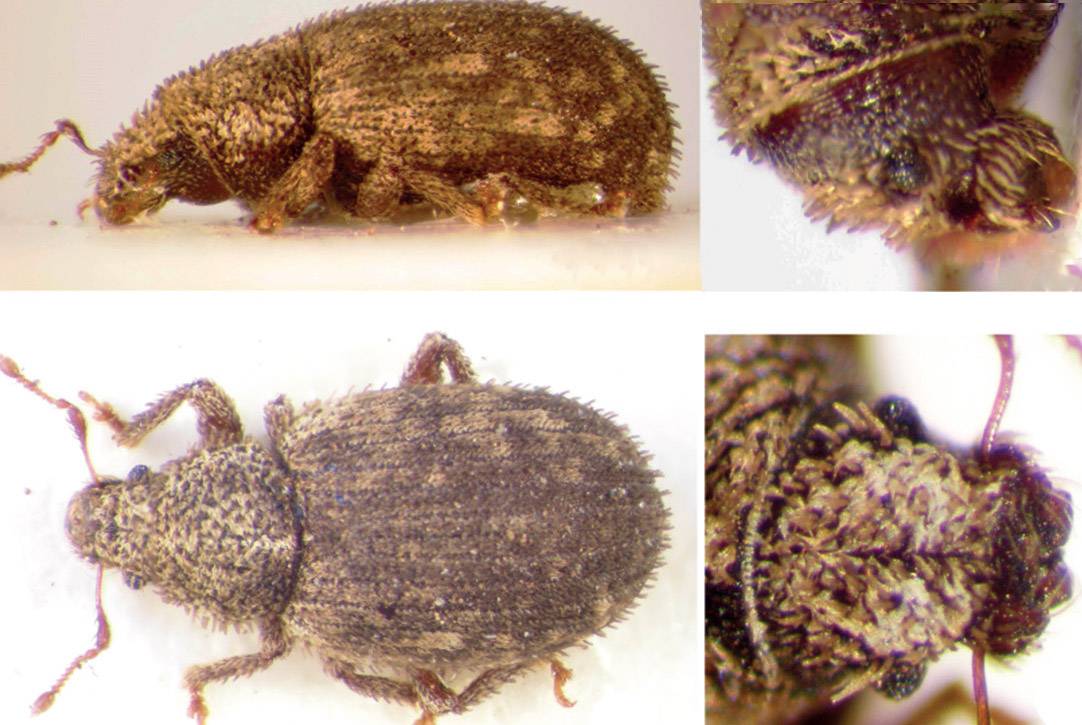 Weevils (Curculionidae) are one of the richest families on the planet. They are thought to currently include more than 70,000 species. To put this into perspective, the number of known mammals is no more than 5,500, twelve times less than these Coleoptera.

In the journal ‘ZooKeys’, a scientist from the Spanish National Museum of Natural Sciences describes a new genus of weevils from the Canary Islands, which he has called Moreiba.

“The discovery of this new genus is based on a species originally described by the scientist Herbert Franz on the island of El Hierro, which was incorrectly catalogued in the taxonomy. It had to be reclassified and a new genus had to be created for it by carrying out a more in-depth analysis of its characteristics," as Miguel A. Alonso Zarazaga from the Spanish National Museum of Natural Sciences told SINC.

This evolving group is one of the most successful of the entire planet. It has adapted to a large number of habitats and it eats almost any type of plant

The closest species to it is Laparocerus, which is very common in the Canary Islands and can be distinguished by a wider rather than a longer face, the pronate –a part of the thorax- is more granular and it is smaller.

This evolving group is one of the most successful of the entire planet. It has adapted to a large number of habitats and it eats almost any type of plant. “They are very relevant in the field of agronomy and forestry as many of them severely damage our crops and forests," adds the scientist.

Another area of Alonso's study is the description of species that are kept in museums waiting to be classified. In this regard, this year he described another new genus of Coleoptera from the Museum of Zoology of the University of Uppsala (Sweden).

“I published an article in the same journal that highlighted the importance of maintaining the museum collections in good condition. With this study I described a new genus from South Africa on a variety included by Carl Peter Thunberg, a disciple of Linnaeus -the Father of modern taxonomy– at the end of the 18th Century," explained Alonso.

It is the Thunbergapion from the Aplemonini tribe and it can be distinguished from other close species by its longer and fine face and the wide scales on its elytra –the forewings-.

These old collections enable scientists to assess the fauna of that time, in this case, three centuries ago, and the changes particular species have experienced in a specific part of the world.