Chemistry
The advantages of fluorographene

An ultra-thin 'Teflon' for reactivating graphene 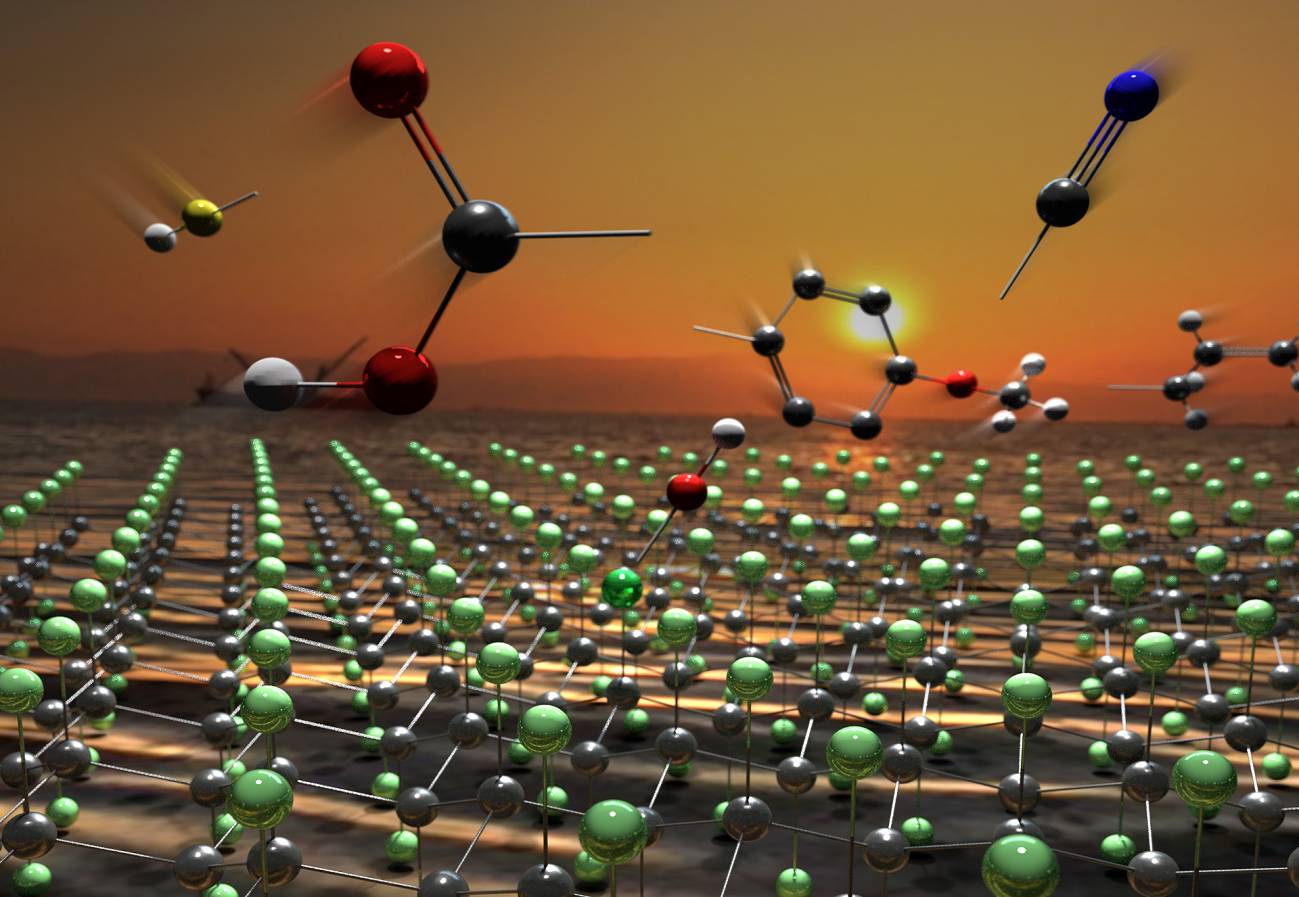 The sunrise of new graphene derivatives is achieved by chemistry of fluorographene. / Credit : Martin Pykal

Fluorographene is a material composed of fluorine atoms attached to the carbons that make up the hexagonal network of graphene. It is one of the thinnest insulators and was presented independently in 2010 by several international laboratories, including that which the Russian scientists Konstantin Novoselov and Andre Geim, winners of the Nobel Prize for Physics that year, have at the University of Manchester (United Kingdom).

This compound can be seen as the two-dimensional version of the popular Teflon (the trade name of polytetrafluoroethylene), a linear material also formed by carbon and fluorine atoms. Both are perfluorocarbons, but with different formulas.

"In spite of the chemical similarities, there is a particular difference: fluorographene carries the fluorines bounded to tertiary carbons (so called because they are attached to three other carbons), which is considered the Achilles heel of perfluorocarbons", explains Michal Otyepka, a researcher at Palacký University (Czech Republic). Taking advantage precisely of this ‘vulnerability’, they use this material to create new graphene derivatives and provide them with functionality.

In general, the chemical bond between carbon and fluorine is very strong, one of the most difficult to break. That is why perfluorocarbons are very stable and inert products. However, the fluorine-tertiary carbon bond is susceptible to chemical reactions.

"In 2010, we already demonstrated that fluorographene can be transformed into graphene and we attributed this fact to the presence of this type of bond" says Otyepka, "and since then we have analyzed various reaction channels or methods, which allow the elimination of fluorines or their replacement with other chemical elements.”

"Now," he adds, "we have verified that the type of solvent can favour one of the reaction channels, which means that by choosing several solvents (such as dimethylformamide or others) we can control the chemical composition of the final material. This finding, which we have published in the Journal of Physical Chemistry Letters, enables an elegant way for fine tuning the final properties of the graphene derivative."

Many applications of graphene derivatives

This research is part of the European 2DCHEM project (Two-Dimensional Chemistry towards New Graphene Derivatives), a Partnering Project of the Graphene Flagship, whose objective is to understand and control the chemistry of fluorographene and other 2D materials to produce graphene derivatives, which can be utilized in a wide spectrum of applications: electrochemical sensing, magnetism, separation technologies, catalysts, and energy storage (supercapacitors and batteries).

The latest results and future challenges in this field were presented by Otyepka during the Graphene Week 2018, an annual congress organized by the Graphene Flagship initiative of the European Union that this year was held from 10 to 14 September in San Sebastian (Spain).