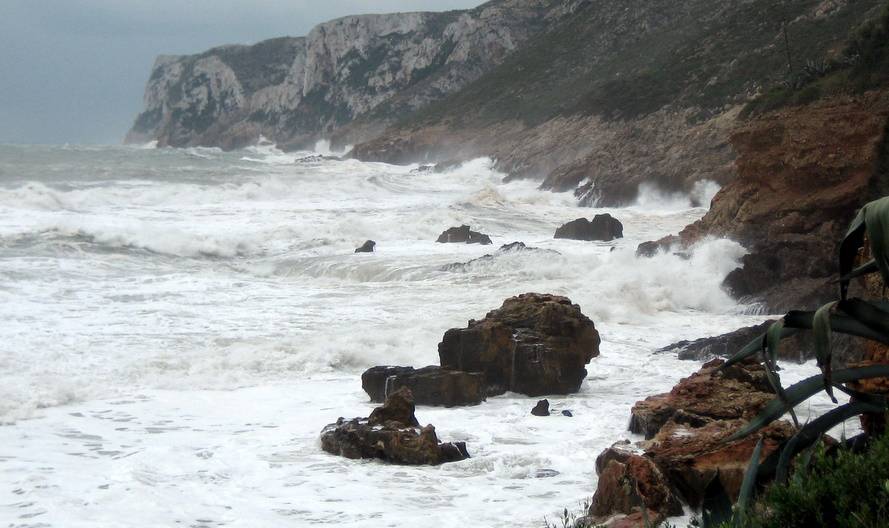 “The meteorological sea level or meteorological tide component is the variation of the sea level as a result of atmospheric changes or more specifically, changes in the atmospheric pressure and the wind at the sea surface,” Alba Cid explains to SINC, Alba being the lead author of the study published in the journal ‘Climate Dynamics’ which analyses 62 years’ worth of data for this sea level component.

Cid and her team at the Environmental Hydraulics Institute at the University of Cantabria have generated two (long-term and high resolution) time series for meteorological tides in the Atlantic and Mediterranean basins in the south of Europe and the Canary Islands.

In total, they have analysed the trends from 1948 to 2009, reflected in a new Global Ocean Surges (GOS) database. The simulation tool used is the numeric Regional Ocean Modelling System (ROMS) developed by the University of Rutgers (USA).

The sea level rises in summer, especially in the North Atlantic, the Spanish coast of the Mediterranean and the Tunisian coast

The results are very different depending on the period. “The trends from 1948 to 1989 are very small and negative in all of the area analysed, which means that the meteorological tide has decreased during this time period,” points out Cid.

However, over the last two decades, from 1989 to 2009, the trends are positive, or rather sea levels have increased, and to a greater degree. The tides present values of less than 0.5 mm per year in the Atlantic basin and more than 1 mm a year in several areas of the Mediterranean coast.

The GOS database also differentiates between summer and winter in each time series. According to the study, the trends observed in winter are negative in the areas analysed. The decrease in sea levels is more obvious (1mm per year) in the centre of the Mediterranean and the Adriatic Sea.

The sea level rises in summer, especially in the North Atlantic, the Spanish coast of the Mediterranean and the Tunisian coast. “Although negative trends of 0.3 mm a year can also be observed during this season along the African coast of the Atlantic,” the researchers highlight from the study.

To validate the results of the numerical simulations, the researchers have compared the data generated every hour from 1948 to 2009 in 58 coastal locations in Spain, Portugal, France, Italy and the Canary Islands, with real data measured by tide gauges and satellites. “The results have allowed us to calculate these long-term trends,” adds Cid.

From this work and the data described in the article, the investigators are now analysing the most extreme levels and their relation to climate patterns, such as for example the North Atlantic oscillation (NAO). “We will shortly be publishing an article with the results obtained,” concludes the lead author.