Nannofossils from El Hierro place the Canaries closer to Hawaii 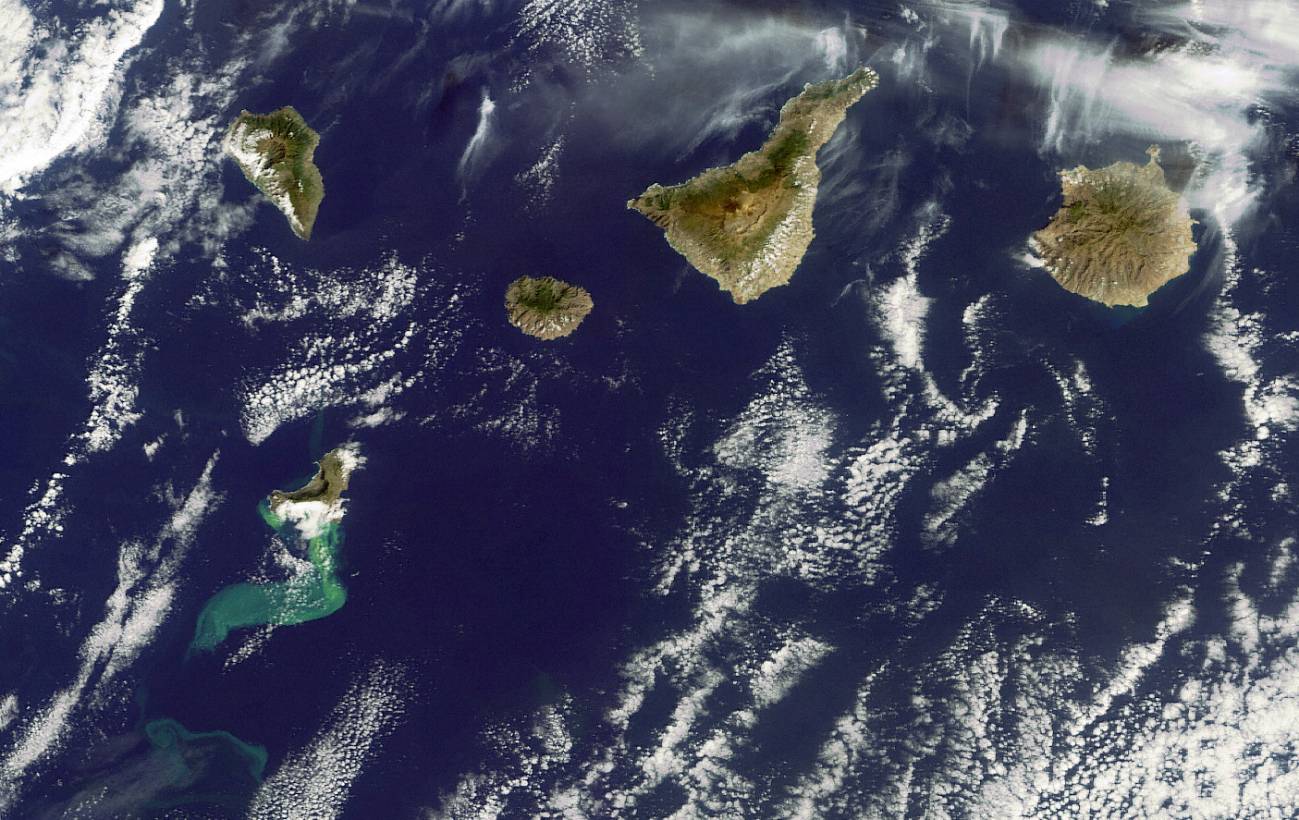 The underwater activity which starts off the construction of the islands follows the pattern of the known age progression of subaerial volcanic activity (the emerging part of the islands) with older ages to the east of the archipelago. / ESA.

In July 2011, the island of El Hierro experienced the first signs of a possible volcanic eruption with low intensity but unusually numerous earthquakes. The seismicity became ever more intense, culminating in the underwater eruption two kilometres south of the village of La Restinga on 10 October 2011.

As part of research published in ‘Scientific Reports’, from the group ‘Nature’, scientists from centres in Sweden, Spain and Portugal have studied the volcanic material which floated to the surface of the sea after the eruption. The nannofossils that they contain confirm that the islands were formed from east to west. This data sheds light on the origin and life cycle of oceanic islands, which has been debated since the beginnings of geology.

“Our study confirms, for the first time, that the underwater activity which starts off the construction of the islands follows the pattern of the known age progression of subaerial volcanic activity (the emerging part of the islands) with older ages to the east of the archipelago, Fuerteventura and Lanzarote, and the youngest to the west, El Hierro and La Palma,” as Vicente Soler, researcher at the Volcanological Station of the Canary Islands (CSIC) tells SINC.

“With the Canary Islands, a string of islands was formed as the oceanic plate shifted over a deep set magmatic source, contrary to the theory which attributes the origin of the archipelago to regional tectonics, which are responsible, amongst other things, for the formation of the neighbouring Atlas mountains in northern Morocco,” the scientist points out.

The origin of the volcanic materials

Soler explains that these floating volcanic materials are better known as ‘restingolites’, while in scientific literature they have been given the confusing name of ‘xeno pumice’.

“There is much scientific controversy regarding what restingolites are and where they come from. The materials of interest for this study were collected floating on the sea during the first days of eruption and a week later after their arrival ashore,” he adds.

Due to the small fossils they contain, they are attributed to the Cretaceous period, in full formation of the Atlantic ocean with America, on separating from what are today Europe and Africa.

According to the researchers who participated in this study, including Valentín R. Troll, from Uppsala University and Juan Carlos Carracedo from the University of Las Palmas de Gran Canaria, these fragments must be pieces of pre-island sediments ‘reworked’ by the column of magma where the eruption occurred while en-route to the surface.

“Also, due to the silica content, they would seem to be rhyolites, rocks related to a potentially dangerous type of volcanic activity. Yet the existence of nannofossils inside the restingolites is a compelling argument in favour of the first hypothesis,” concludes Soler.