The first meteorological measurements were taken in the Iberian Peninsula in 1724, which coincides with the year in which Portugal suffered one of the worst storms ever. Later, in 1816, Spain felt the effects of the eruption of the Mount Tambora volcano and almost one thousand years before, in 898, a drought in Al-Andalus was so severe that communities even resorted to cannibalism. These are facts recovered from old documents by researchers at the University of Extremadura. 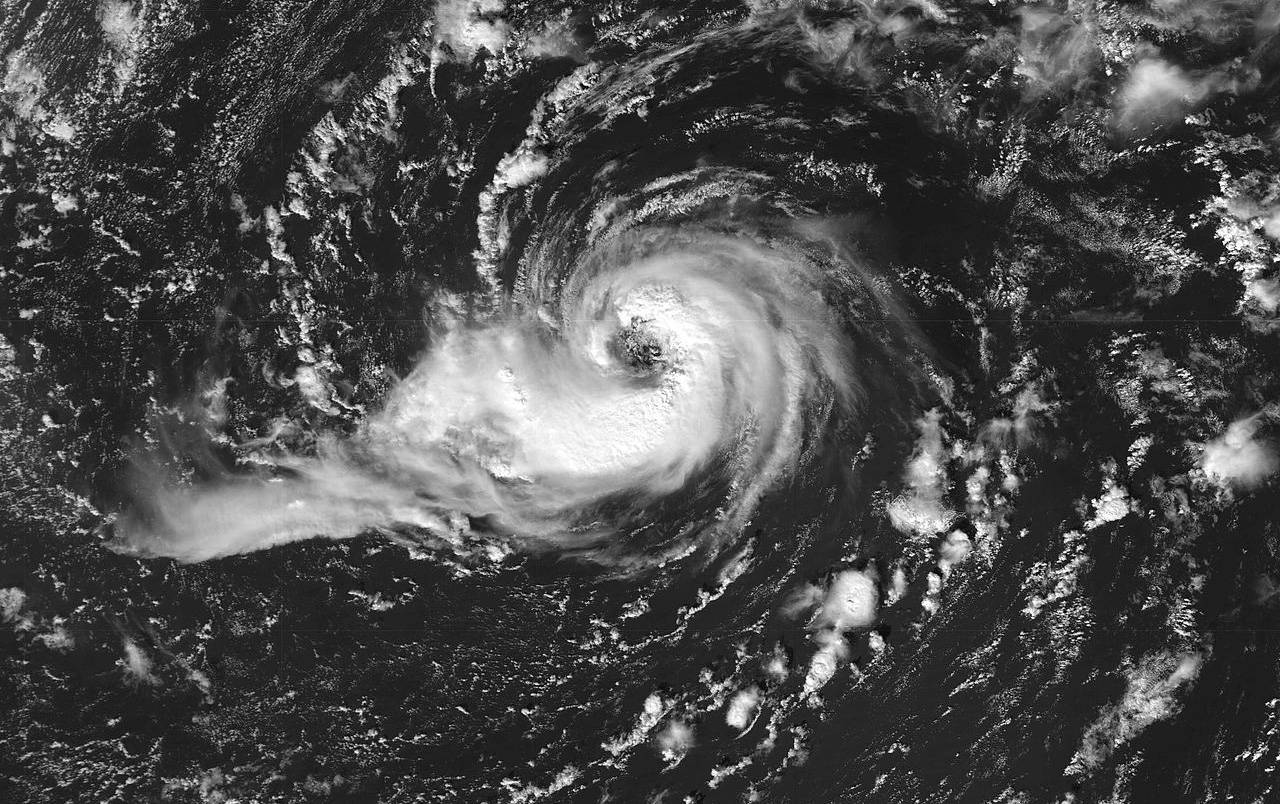 A strong storm occurred on November 1724 could had been similar to the hurricane Vince in 2005. / Wikipedia

The official registry for meteorological series began in Spain around 1850, but occasional measurements had already been taken in some areas of the Iberian Peninsula. The initial ones were sent in 1724 by the Portuguese doctor Isaac Sequeira to the British physician James Jurin, who was trying to form a European network of meteorologists, according to documents kept in the Royal Society of London.

“These observations, covering a period between November 1724 and January 1725, are the oldest known on the Peninsula,” Fernando Domínguez, from the University of Extremadura, told SINC, “but even more interesting is what they tell us".

The notes taken by the Portuguese doctor describe one of the strongest storms ever recorded in the peninsular region. It passed through Lisbon on 19 November 1724 and affected the entire centre and north of Portugal, damaging palaces, churches and buildings, as well as sinking boats or destroying a number of them on the coast and along the Tagus River.

"The effects of this 'meteorological bomb' the day before (18 November) in Madeira indicates that it was a tropical storm,” points out Domínguez. In Spain, we only know of two other storms like this, which are related to hurricanes in the Atlantic: “One in 1842 and a more recent one caused by the Hurricane Vince in 2005, which also took place around Madeira and even reached our coastlines”.

The results of this study have been published in the ‘Climatic Change’ journal, although the authors have also analysed the climatic variability in the Iberian Peninsula at later dates, during the 1750-1850 period. Together with researchers from other universities, they have studied documents from the 18th and 19th centuries, such as newspapers, which were used to publish barometric, temperature, wind and daily weather measurements in their headlines.

Over 100,000 observations from that period taken in 16 towns such as Cadiz, Madrid, Badajoz, Palma de Mallorca, Valencia, Zaragoza, Bilbao, Palencia or La Coruña have been digitalised. This has shown the existence of high rainfall anomalies, such as that of 1780 or the cold period felt throughout Europe the year after the great eruption of the Mount Tambora volcano (Indonesia) in 1815.

But meteorological studies have delved much further into the past. Specifically, the “first serious attempt to obtain climate information from Arab sources in the Iberian Peninsula” has been carried out, outlines José Manuel Vaquero, another of the authors, emphasizing that: “We are talking about the weather in Spain one thousand years ago!”.

Arabs occupied the peninsula for a number of centuries, although the team has focused on chronicles available between 711 and 1010. In these texts, Arab historians described political and social events, but sometimes they included articles related to the weather when these were relevant for the community.

“By collecting these events, we can say that there were important droughts in Al-Andalus between the 748-754, 812-823 and 867-879 periods in which we have come across plenty of references to droughts and related famines, which even led to people emigrating to North Africa,” states Domínguez.

The scientist points out the most striking reference: “In 898 a drought, that was probably short but extremely severe, led the Andalusians to resort to cannibalism in order to survive, according to some chronicles, although other socio-economic factors or plagues may have also had an influence”.

Other information reveals that the climate in Cordoba, one of the most important cities in the world at that time, had more snow and hail during the 971-975 period compared with current averages. This study has been published in the ‘The Holocene’ journal.

“It is important to know about the climate in the past in order to understand the variability of the entire climatic system, which has interacting sub-systems on different levels and goes far beyond the ‘official’ meteorological records of the last 150 years, which are also affected by the burning of fossil fuels and do not reflect the natural weather variability," according to the authors, who also point out that: “Many of our ancestors’ observations are waiting to be rescued from files and libraries".